The Need for Clear Competences in Times of Crisis

Clashes in the Coordination of Emergency Powers in Italy

All Italian institutions established at different levels of government have been at the forefront in the health emergency to fight the spread of the coronavirus disease (see Diletta Tega and Michele Massa). Yet, they had to take action in the absence of a consistent legal framework establishing a clear division of competences and chain of command in the management of the emergency. The resulting legal uncertainties have been delaying the timely adoption and effective implementation of the containment measures which led to the national lockdown.

The absence of effective coordination amongst containment measures quickly became visible all over Italy. For instance, Ordinance 15/2020 adopted by the President of Campania Region prohibiting, among other things, exercise outdoors alone contradicted the Decree of the President of the Council of Ministers (DPCM) of 8 March 2020. The Regional Administrative Tribunal was as asked to ascertain whether the citizens of Campania had a “right to sport”, and Presidential decree n. 416/2020 confirmed the legitimacy of the regional Ordinance on the grounds of the irreversible risks for the regional health system, which would come with the spread of the infection. In Milano, the professional association of accountants could not be sure whether they were allowed to continue their activity in the lockdown of all non-essential activities, because of the conflict between the national provision of DPCM 22 March 2020 allowing their activity and regional Ordinance n. 515/2020 that was published the same day and prohibited it. In addition, in Sicily, the Prefect ordered that the Mayor of Messina should revoke his Ordinance n. 61/2020 authorising the opening of supermarkets on Sundays. Although the measure complied with national provisions – in particular DPCM of 9 March 2020 and DPCM of 11 March 2020 – it contradicted the regional Ordinance n. 6/2020 adopted on 19 March 2020.

Alongside institutions, legal scholars were also unsure about the coordination of regional and local measures with the national ones. The doubts stemmed from the specificity of interventions operated by the different levels of government. While regional and local measures can address specific, critical circumstances that the national ones cannot grasp, only national measures can make the collective fight against any national emergencies effective. If the plurality of standpoints is not organised in a common and coherent mitigation effort, it becomes a weakness and all the governmental levels will pay for it.

The reason for such regulatory uncertainty is the current, uncoordinated distribution of emergency powers across the different levels of government. The Italian legal system has not developed a holistic system to respond to national emergencies of the scale of pandemics. Instead, it has favoured the distribution of specific emergency powers across the different levels of government, so that every institutional actor could exercise extraordinary powers to tackle emergencies as they happen. Different pieces of legislation thus conferred on individual executive bodies extraordinary ordinance powers, which can derogate from ordinary legislation to face extraordinary circumstances while keeping within the boundaries of the general principles of the Constitution. In the current pandemic crisis, some emergency powers were particularly relevant. For instance, art. 32 of the Law establishing the national health service provides the ordinance powers of the Minister of Health, of Presidents of Regions and Mayors; in addition, art. 50 (5) of the Law on local government and art. 117 of the Legislative Decree on administrative decentralisation recognised the power of Mayors to adopt ordinances in public health emergencies having exclusive local relevance.

In the rush of the health crisis, the central government had to take the lead. After the initial Declaration of the state of emergency for six months and the adoption of civil protection decrees, a few Decrees (having the force of Law) – adopted by the Government under art. 77 of the Constitution – and several Decrees of the Prime Minister (which are administrative in nature) aimed at managing the emergency. In the extraordinary situation, however, the overlap of different containment measures applying to the same territories has carried the risk of becoming the “Achilles’ heel” in the emergency management. The search for coordination between national and regional measures was pragmatically ensured. The first Decree Law n. 6 adopted by the Government on 23 February 2020 aimed at pursuing the coherent and uniform application of containment measures, while ensuring their adoption in cooperation with territories and without waiving the territorial powers to intervene promptly in the absence of coordination.

Yet, the theoretical reasonableness of such a mechanism was confronted with the material urgency of regions to act in these exceptional circumstances on the one hand, and with the understandable incapability of the government to offer instant and unequivocal solutions to regional needs, on the other. The central government thus intervened by taking uncertain steps.

For instance, it challenged – quite strangely in times of emergency – the “rebellious” Ordinance of the Marche Region before the Regional Administrative Court, which suspended the regional measure ad interim. Nonetheless, on the same very day of the judicial decision, the Region could legitimately reiterate its measure, because of the occurrence of the factual circumstances and legal requirements envisaged in the Decree Law 6/2020 for the adoption of containment measures. As soon as the infection spread, the government quickly extended the restrictive measures to the entire national territory. Finally, the second Decree Law n. 19 of 25 March 2020 engaged with the reorganisation of all the adopted measures and introduced additional, specific coordination instruments in the exercise of emergency powers. Although the substance of the coordination principle remains unchanged, the regions have won the power to propose the adoption of new DPCMs. The use of the emergency powers conferred by other existing pieces of legislation has been circumscribed to the existence of clear – but necessarily flexible – conditions, and the adoption of ordinances limited to the pending adoption of DPCMs.

The conflict of competence must be resolved

Far from having completely settled any conflict of competence, the latest approach of the government hints at some key imperatives that need to be taken into account in the management of national emergencies in the future. Territories (regions and municipalities) are critical actors in the adequate understanding, mapping, and management of emergencies; however, their actions need to be coordinated and integrated in a wider national strategy. The current pandemic crisis revealed that Italy needs a general law establishing a consistent chain of command, which can effectively end the uncertain competition of measures and remedy the awkward proliferation of legislative provisions. Such a law should reduce the conflicts of competence and make the actions of institutions (and citizens) more effective in the response to the crisis. A critical change is needed to avoid further delays in crisis management.

DOWNLOAD PDF
LICENSED UNDER CC BY NC ND
SUGGESTED CITATION  Simoncini, Marta: The Need for Clear Competences in Times of Crisis: Clashes in the Coordination of Emergency Powers in Italy, VerfBlog, 2020/4/09, https://verfassungsblog.de/the-need-for-clear-competences-in-times-of-crisis/, DOI: 10.17176/20200409-152936-0.

Explore posts related to this:
Coronavirus, Emergency, division of competences 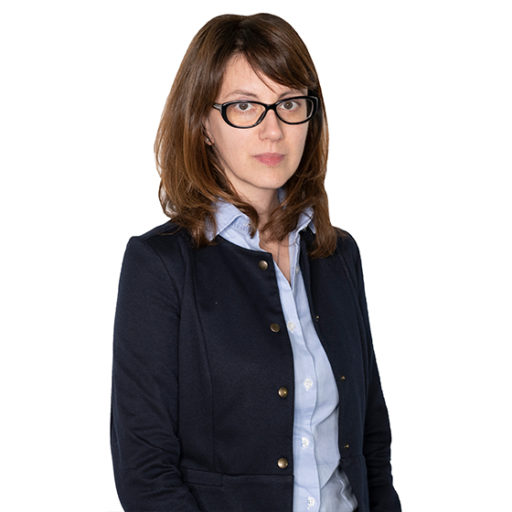 Explore posts related to this:
Coronavirus, Emergency, division of competences