The Next Step: Coupling City-zenship to Human Rights

Reading through this fascinating collection of essays on city-zenship, it struck me that they seem to answer only one half of the question in the title of the forum: “Should urban citizenship be emancipated from national citizenship?” They focus on what city-zenship should decouple from (the nation state), but not on what it should then be buckled up to. Here, I would like to argue that part of the answer lies in the international human rights framework for three reasons: (1) This is where local authorities are already looking for inspiration; (2) the legal framework of human rights offers an added value in meeting some of the underlying objectives of city-zenship; and (3) it could mitigate concerns legitimately raised in earlier contributions. Of course, such ‘glocal city-zenship’ does not only form a double portmanteau, but also raises concerns that need to be addressed to attain the underlying objective: the recognition and realisation of the dignity and equal and inalienable rights of all people, in particular places.

The local interest in the global becomes apparent, for instance, in human rights cities. The notion of such cities might immediately conjure up images of the bright human rights theme hall in Gwangju’s metro station, Barcelona’s City of Rights programme or New York’s Human Rights Commission (Grigolo 2019) – the cosmopolitanism of global cities. However, when Sara Miellet searched the local council minutes of all Dutch municipalities for reference to human rights, she also ended up in the tiny ‘human rights hamlet’ of Tytsjerksteradiel that sought to combat expulsion of Afghani families by reference to their human rights (Miellet 2019). Similarly, when the mayor of Grande Synthe (just as tiny) decided to take issue with the French state for its neglect of migrants in the woods of Calais, he based his lawsuit on human rights. The boom in city networks might well fuel this trend towards local engagement with human rights. In seeking a normative basis to combat climate change, promote inclusion, and enhance participation, cities transnationally often turn towards international or regional (like European) legal frameworks (Oomen 2019). However, it also shows up in ‘small places’, without the resources to send civil servants to international conferences, although with the same type of commitment. In all cases, it is enthusiastically fueled by international and supranational organisations like the UN, the Council of Europe ,and the EU, which produce guidelines and reports on local authorities and human rights at an ever-accelerating pace.

Secondly, this increasing local interest in human rights makes sense because of the added value of this legal framework. In contrast to Prak’s understanding of rights as mere morality, what local authorities engage with is a full-fledged body of law in which states have formally committed to the recognition of universal, inalienable, and indivisible human rights. International human rights law has come a long way since the UDHR and its depiction as ‘nonsense on stilts’. Far from being a philosophical pipedream it now comprises well worked out civil, political, economic, social and cultural rights that women, children, the disabled and all other human beings can formally invoke against the authorities committed to protecting them. Such authorities often include local government. Just consider housing as an example with strong local relevance: where the UDHR only spoke of the right to an adequate standard of living, subsequent treaties and their interpretation have led to a refined framework of adequate, affordable, and available housing. This increasingly leads the Special Rapporteur on the matter to address local authorities directly. As such, human rights law, more than a homegrown discursive framework, offers local authorities a formal basis to develop inclusive policies, and all those present in a municipality a basis to call for them. In addition, the international character of the framework enables local authorities to draw from experiences elsewhere, even across national borders (Accardo 2012, ICHRP 2005, UN 2015). It is not without reason that Dutch cities seeking to offer shelter to undocumented migrants, in violation of national law, called European and international human rights law to their aid (Baumgärtel 2019).

Thirdly, an engagement with human rights can also help address many of the legitimate concerns towards city-zenship raised in earlier contributions. Let us consider the three main ones: unequal rights for urban and rural citizens (Lenard), the rise of ‘mean cities’ (Gargiulo and Piccoli) and the fraught relation with the nation state (de Zanden, Aleinikoff). The moment when ‘pioneering’ local governments explicate their responsibilities to protect, respect, and fulfil human rights law, they also set the standard (or better, raise the bar) for other local authorities in the country and beyond. Making explicit the responsibilities of a local government for human rights means that those who live in ‘mean cities’ can also invoke the rights concerned when their local government threatens to, for instance, exclude foreigners from the social housing stock or prohibit the use of other languages on shop signs (Ambrosini: 146). Finally, using the language of human rights means invoking a legal framework that the states concerned have adopted themselves. There are instances of cities symbolically ratifying human rights treaties that the country concerned has not signed up to, as is the case with San Francisco and the Women’s Convention CEDAW, but these are relatively rare (Lozner 2008). This means that the nation state, if only on paper, has formally agreed to the normative framework which is subsequently mobilised in the local context.

Before the picture becomes too rosy, it is important to point out some of the drawbacks of a glocal city-zenship (that is, one forged locally yet based on international human rights law). Many of these are the same as those raised in critical human rights studies and concern both the efficiency and the legitimacy of human rights. In reflecting upon this legitimacy, the  Middelburg mayor whom I interviewed last year sighed: ‘it might be better to start to talk about freedom. Human rights seem so big, so alien, so distant to people’. Next, references to rights are not only a legal matter but also identity-based, and can quickly result in cosmopolitan city branding in conferences, festivals, art exhibitions with little tangible benefits for those in need of protection (Oomen 2020, Roodenburg 2019). A third concern is that human rights can be too vague and too broad for local policymaking. A fourth possible concern that the international framework is not well-suited to local needs is enthusiastically addressed by all those local authorities lobbying for the inclusion of the Right to the City in the international framework. For all these reasons, clear explication of local responsibilities under international human rights law is important, although even the most progressive local authorities are not always interested in this, as their obligations then become much stronger.

The contributions to this forum have raised important challenges for strengthening city-zenship – the need to address global challenges and secure equal rights of residents not merely in big cities, but in all municipalities, the fight against mean city policies, and the continued relevance of the nation state. When addressing these concerns it seems compelling to make use of international human rights as one of the most logical, inclusive, established and worked out legal frameworks available. However, when doing so we, have to face some vexing issues. One is the risk of a constitutional deadlock if local and international authorities have one understanding of a city-zen’s rights, and the highest national authorities another. This, for instance, came up when some Spanish subnational authorities wanted to give all migrants access to health care and based this on international human rights law (the International Convention on Economic, Social and Cultural Rights). The Spanish Constitutional Court nullified this attempt, stating that it threatened the equality of all Spaniards (Peralta et al. 2018). The U.N. Committee on Economic, Social and Cultural Rights, in turn, condemned such emphasis on uniform national solutions “when they hinder” the progressive realisation of rights (CESCR, at 11). As local authorities, under international law, cannot ‘take their state to court’ the issue has to be resolved politically, at the national or international level (Oomen & Baumgärtel 2018).

In sum, to quote Bauböck, we need a new citizenship narrative that is about multilevel and transnational citizenship. Cities (and other local authorities) can play a key role in forging that narrative and ensuring that it works for each of us. In order to be successful, however, this narrative should not be centred around the nation-state alone. For that reason, our forum might benefit from another title. Instead of ‘Cities vs States: Should Urban Citizenship be Emancipated from Nationality?’ I would propose ‘The Local and the Global: How international human rights law can strengthen city-zenship’. 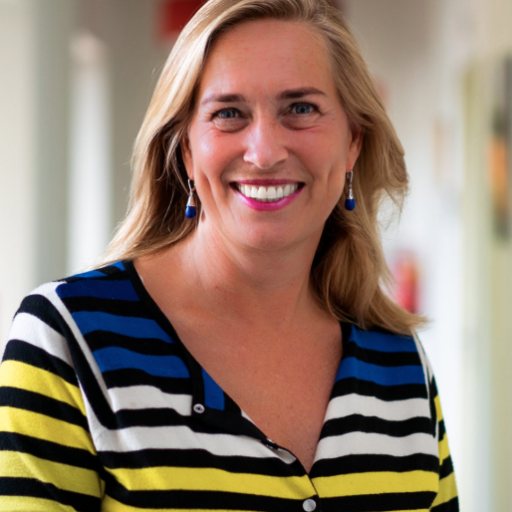 Barbara Oomen Barbara Oomen is Professor in the Sociology of Human Rights at Utrecht University, and teaches at UU’s honors college in Middelburg, the University College Roosevelt.