The Non-Arsonist’s Guide to Constitutionalism 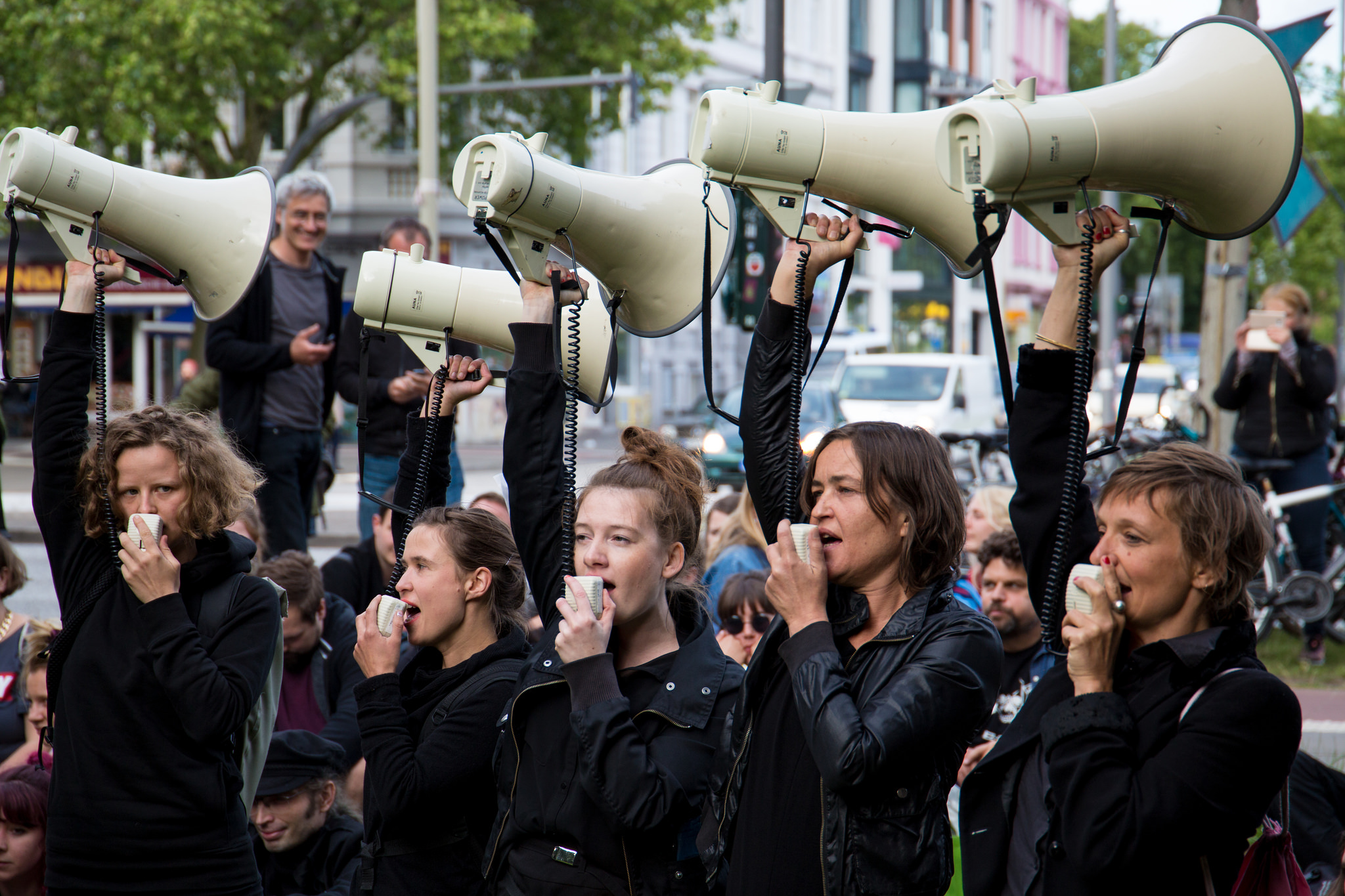 This was a week we German constitutionalists will remember for a long time. Freedom of assembly was submitted to a breaking test in Hamburg, so were freedom of religion and of profession in Karlsruhe, and the adoption of same-sex marriage has triggered a fundamental debate on matters constitutional of unprecedented width, length and passion. Everyone seems to have an opinion about the will of the framers in relation to Article 6 of the Grundgesetz. And how to determine it. And whether and how it can change, with or without a formal amendment of the constitutional text. And how the competence for constitutional interpretation is distributed between the Bundestag, the Bundesrat and the Federal Constitutional Court. Amazing! If the number of articles, blogposts, tweets and Facebook notes brimming with thoughts and opinions on the constitutional order is an indicator of the latter’s well-being, there is no reason to worry about Germany at the moment.

What is the will of the constitution about the right of a headscarf-wearing Muslim judicial trainee to pursue her training like anyone else? A chamber of the Federal Constitutional Court, in a provisional ruling, has offered an interpretation that triggered a rather powerful constitutional debate of its own. As with same-sex marriage, two camps oppose each other:

The constitution, says one side, draws a certain normative image of how an impartial judicial bench or, respectively, a married couple are supposed to look like. If the legal system develops in a way that is inconsistent with this normative image, that is unconstitutional. And forbidden. This must not be. That is what a constitution is there for, after all.

The constitution, says the other side, grant rights to people. The headscarf-wearing legal trainee or the same-sex couple can put these rights forward against the normative image of marriage or judicial impartiality if this image excludes them. Images exclude: It looks like this and not like this. This is unfair. This must not be. That is what a constitution is there for, after all.

I wonder why that is. Anyone who is excluded by the normative image of the constitution has a right – in turn, by virtue of the constitution – to have her exclusion justified. One cannot simply say: we have always done it like that. Or: we do it because we can. Or: that is just what is written in the constitution, get over it. The constitution must be interpreted, and reasons must be given why the image is drawn like this and not like that. Reasons whose quality can be argued about, but reasons there must be. That is what constitutional law is there for, after all.

In the case of same-sex marriage it seems to me that such reasons simply do not exist. The argument that only women and men can produce offspring leads to so many incoherences that it is simply no longer sufficiently convincing to justify the exclusion. The fact that the members of the Parliamentary Council, when writing the term „marriage“ into the Grundgesetz in 1948/49, did not have same-sex couples in mind is both true and unproblematic in this respect. This means only that, at that time, such a degree of convincingness was not demanded from them by themselves or anyone else. Basically everyone was content with the normative image in that constitutional term, probably even including many of the excluded, I suppose (no pun intended). Call it constitutional change: that is just no longer the case.

In the case of the headscarf-wearing judicial trainee, the case is different inasmuch as the legislator did in fact give reasons for her exclusion, and the Federal Constitutional Court found them, for the time being, sufficiently convincing: An judicial official acting on behalf of the state must not proclaim her religious confession from the bench. Is that convincing? Arguably not. Fortunately, this latest word from Karlsruhe is only provisional, and only uttered by a chamber. It remains to be seen how the complete senate will decide in that matter, and there is still time to offer it all sorts of good reasons to reverse the chamber’s position (more on that below). It was not so long ago that distinguished jurists had no difficulty to come up with plenty reasons why women should have no place on the judicial bench. Social progress is achieved when the excluding side runs out of reasons to convince themselves with. I personally am rather confident that this will eventually happen with the headscarf issue, too. That this is best way to promote inclusion, as opposed to violence, let alone setting ablaze the next Mazda on the roadside, goes without saying with the readers of this editorial, I suppose.

The global community of those who are working scientifically on this project has met in Copenhagen this week, at the annual conference of the International Society of Public Law (ICON*S). Unfortunately I could not go there. But I did watch the keynote lecture on YouTube, and I would strongly recommend any reader who was not there herself to do the same. It was held by Bryan Stevenson, law professor at the NYU and founder of the Equal Justice Initiative, and I suppose I was not the only one who was literally driven to tears by his account of his fight against death penalty, mass incarceration and discrimination against the black population of the United States. Anyone who feels the nagging of doubt and cynicism and yearns for reassurance about the extent to which the law and legal rights can make a difference in a society which allows for even more injustice than here in Europe: listen to this preacher in the best possible sense of the term (from minute 21:43).

A perfect example, as I find, of this method of demanding justification for exclusion is ANNA KATHARINA MANGOLD’s comment on the recent headscarf decision of the Federal Constitutional Court: „It is the basic conviction of democratic self-government by law that one and the same law in the hands of ever so different persons, as long as they are sufficiently qualified by study and training to pursue the office of a judge, will be applied in a substantially uniform way. If we exclude groups of people from this confidence by denying their ability to apply the democratic laws neutrally and impartially altogether, this threatens a basic condition of our form of state“ (in German). I am proud of many posts we have on Verfassungsblog, but of this one especially.

How the decision looks like from the perspective of the judicial trainee and her fundamental rights is analyzed by NAHED SAMOUR in an also highly recommended contribution which, in anticipation of Bryan Stevenson’s lecture, draws a parallel to segregation in the US south: „Rosa Parks on the spectator benches of the courtroom“ (in German).

Another highlight of this extraordinary week was UWE VOLKMANN’s double endeavour (also in German) to deconstruct the myth that marriage is constitutionally limited to the bond between man and woman. In the first part, he shows why, from a legal realist perspective, there is scarce reason to expect a finding of that sort from the the Federal Constitutional Court. In the second part, he distances his notion of constitutional change from the point of view that the constitutional term of „marriage“ could leave room for different term of „marriage“ in civil law. In this case, I would also recommended to take note of the comment section, in which Volkmann engages in an exciting controversy with FRANK SCHORKOPF.

Part of the events at Hamburg were also the preceding legal struggles about the G20 protest camp, not the proudest moment for either of the participants whether it be the police or the courts or the Federal Constitutional Court. BENJAMIN RUSTEBERG reconstructs the whole story and concludes that „Schrödinger’s Camp“, prohibited and not prohibited at the same time, not exactly boosts the standing of the legal institutions nor of the freedom of assembly in Germany.

This week’s events have already overshadowed the excitement about the troubling snooping legislation adopted the week before. How this is a serious violations of fundamental rights and why it forwards the approximation of criminal proceedings and intelligence is explained by TOBIAS SINGELNSTEIN.

HANS HOSTEN reminds us of the fact that there is a world outside Germany, and a rather eventful one, with a gripping account of the ongoing constitutional crisis in Venezuela. As the latest step of escalation, the opposition coalition now has called for the President, the National Electoral Council and the Constitutional Court to no longer be recognized as legitimate state organs.

In Europe, the EU Commission struggles to get a grip on Hungary’s attempt to eradicate the highly regarded, but annoyingly independent Central European University, much to the frustration of LAURENT PECH.

Glossator FABIAN STEINHAUER, in the context of the same-sex marriage debate, encourages those who wish to stick to a exclusively husband-and-wife concept of marriage to make use of the linguistic diversity available in federal Germany.

More about marriage for all: MATTHIAS FRIEHE, on the one hand, finds constitutional fault with it and disapproves of the whole legislative process, while TIMO SCHWANDER comes to its defense. ELISABETH GIULIANI and THERESA AMIGO hold that the adoption of same-sex marriage means by no means the end of exclusion e.g. of transgenders.

More about the G20 protests: ANDREAS ENGELMANN and MAX PICHL call for the police to show more respect about the protest campers‘ freedom of assembly, and JOHANNES FRANKE and NICO SCHRÖTER expose the deficiencies shown by the administrative courts‘ system of protection in the process.

SHPRETIM BAJRAMI examines the prohibition of the Turkish president to speak in Germany to his citizens living here, from the perspective of freedom of assembly, constitutional and international law.

GABRIEL ARMAS-CARDONA enters the fray about the European Court of Human Rights‘ decision on the Russian „gay propaganda“ law and examines the dissenting opinion as a „window into a non-Western world view“. We will also contribute a post about this important judgment in the coming days.

RUTH KEATING analyzes the chances of success of a new lawsuit against Theresa May’s government agreement with the Northern-Irish protestant DUP as a breach of the Good Friday Agreement.

AARON BRANTLY warns of the risk of cyber attacks as they are currently occurring on a troubling scale in civil-war-ridden Ukraine.

So much for this rather Germano-centric week. Sorry for so many posts in German. Have you thought of learning that beautiful and not-all-that-hard-to-learn language? Just kidding. We will keep on churning out posts in English on a regular basis as we usually do, as our growing number of authors from all over the world provide us with reports and opinions on all matters constitutional, wherever they happen. For which we are very grateful!

All the best, and take care,