The Paradox of Israel’s Coronavirus Law

On January 12, 2021, the Israeli Supreme Court sitting as High Court of Justice (HCJ) will hear arguments in a series of cases challenging the constitutionality of Israel’s Coronavirus Law. This Law was enacted on July 23, 2020, to replace the Israeli government’s reliance on general emergency powers. It was supposed to curb the government’s powers on restricting rights and ensure parliamentary supervision of enacted measures. In fact, however, it handed the government new executive lawmaking powers rather than limiting them.

In a state of emergency since the foundation

Upon the outbreak of the COVID-19 pandemic, the Israeli government relied on two legal tools for its orders and regulations to contain the virus. The first tool was orders issued by the Ministry of Health under the 1940 Public Health Ordinance dating back to the pre-Independence British Mandate. The ordinance, widely used at first, was eventually deployed mostly for matters of quarantine, isolation, and mask wearing. The second tool was the Emergency Regulations (ER). Basic Law: The Government grants the government general authority to issue such regulations during a state of emergency. But unlike other countries, which had to declare a state of emergency to deal with the coronavirus crisis, a state of emergency has been ongoing in Israel since its foundation in 1948. This legal status, annually renewed, authorizes the government to pass ER for the “protection of the state, public security, and the existence of essential supply and services”. Between March and June 2020, the Israeli government issued more than one-hundred ERs, the highest yearly number ever. This was a transitional period, following the general elections held on March 2, 2020, and before the convention of the new Knesset. In fact, this was a caretaker government after three inconclusive election rounds that began in April 2019 and during an ongoing constitutional crisis (see analysis here and here). A fourth election round is scheduled for March 21, 2021.

In April 2020, however, Israel’s Attorney-General advised the government that, whenever possible, it was its legal duty to advance primary legislation in the Knesset to replace continued recourse to ER. A petition to the HCJ also demanded a stop to the use of ER, arguing it exceeded the government’s authority grounded in the ongoing state of emergency. By the time the HCJ ruled on the case though, the Coronavirus Law had already been enacted and the Court deleted the petition as moot. However, during the hearings and in its judgment, the HCJ did express support for the petitioners’ claim and took exception to the continued reliance on ER to address the Coronavirus crisis.

The Coronavirus Law, formally known as Law Granting Government Special Authorities to Combat Novel Coronavirus (Temporary Provision) 2020), empowers the government to declare a state of emergency due to the coronavirus if it holds there is an actual risk of the virus spreading and a threat to public health. The government is allowed to enact temporary regulations to prevent contagion, to minimize the spread and scope of the disease, or to protect the population at risk. Thus, while the first national lockdown of March 2020 was legally anchored in ER, the subsequent lockdowns of September 2020 and December 2020 were legally anchored in regulations issued under the new Coronavirus Law. Although the Coronavirus Law accorded the government new legislative and regulatory powers, the government in September 2020 enacted Amendment No 2 to the Law when it found it lacked powers it considered necessary.

Purportedly replacing recourse to ER with primary legislation, this law in fact provides the government a new source for making regulations strikingly similar to those issued as ER. On the one hand, and unlike ER, regulations issued under the Coronavirus Law cannot change, suspend, or put conditions on existing primary legislation and, again unlike ER, it has a closed list of measures. Yet, regulations issued under the Coronavirus Law reflect the measures already in force, adopted in March-June 2020. These include restrictions on activity in the public and private spheres, restrictions on activity in workplaces and businesses, restrictions on gatherings and events, on education, welfare and transportation activities, and several cases of cordon sanitaire.

Although the Coronavirus Law seemingly narrows the powers of the government vis-à-vis those it enjoys under the general ER authority, the enactment of the Law enabled the government to expand its authority. In particular, Amendment No 2 to the Law allows the declaration of a “special state of emergency due to the Coronavirus” within the current Coronavirus’ state of emergency. The most significant change introduced by this amendment was to grant authority to the government during the “special emergency” to restrict demonstrations – an authority it exercised on October 1, 2020, that was in force until the “special emergency” expired on October 13. (On different layers of emergency and the restrictions on demonstrations, see here). The Coronavirus Law and the regulations issued under it had previously exempted demonstrations from the lockdown. As it stated regarding outings to purchase food, medicines, and other essential needs, the Law allowed attending demonstrations even when severe restrictions on leaving home were in force. Lockdown rules at that time allowed leaving home without a specific purpose no further than a thousand meters and, beyond it, only for one of the enumerated purposes. The amendment and the regulations that followed it determined that attending demonstrations would be allowed only within the thousand meters perimeter rather than without restrictions on distance as had been the case before.

When it was not clear whether it would be possible to legislate this amendment before the beginning of the second lockdown imposed in September 2020, the government considered reverting to ER to restrict demonstrations. The Attorney General objected to such use and the Law was eventually amended in the Knesset. This development illustrates the risk of the government using the powers newly awarded to it under the Coronavirus Law to silence political dissent. Many viewed this amendment as targeting the weekly demonstrations against Prime Minister Netanyahu, protesting his continued term in office pending corruption indictments as well as his handling of the Coronavirus crisis. The amendment illustrates how the Coronavirus Law might become an independent source for the restriction of rights, even when the Law was interpreted as precluding the option of using ER to restrict demonstrations under the general state of emergency.

The Coronavirus Law had aimed to replace the excessive use of ER by conferring authority on the government, within primary legislation, to issue regulations to combat the coronavirus. It ended up creating a new source of government authority to make regulations. The demand to act through the legislature by way of primary legislation rather than through ER issued by the executive has, paradoxically, handed back powers to the executive. Given the conditions during a pandemic and the need for changing regulations following changes on the ground, demands to create new primary legislation were doomed from the start. The demand was rooted in a concern for democracy and the separation of powers, fearing the concentration of force in the executive’s hands. It ended up creating new concerns and deepening those that had led to the new legislation, a reason for alarm given the attempts of Prime Minister Netanyahu in recent years to consolidate executive power.

Note that the new Coronavirus Law created mechanisms of parliamentary supervision over the regulations issued under it, but their effectiveness is limited: For one, regulations go into force once decreed by the government unless struck down by Knesset committees but the latter are only afforded twenty-four hours to approve or reject them. While this oversight mechanism is more significant than the one that exists in regard to ER, twenty-four hours do not allow for in-depth discussion. Since the Coronavirus Law came into force, Knesset committees have rarely rejected regulations. Another reason for the Knesset committees’ weakness when scrutinizing governmental regulations is the decision to split parliamentary oversight between four different committees while excluding the Special Coronavirus Knesset Committee. This decision was intended to erode the latter’s power to scrutinize government regulations after it had previously rejected several government orders. Nevertheless, and despite the splitting, the Knesset Committee on Education, Culture and Sports has more than once reversed government decisions regarding education policy and, only recently, decided to reject the closure of grades 5-10 in Israelis schools. And yet, while the Coronavirus Law has created supposedly superior parliamentary oversight mechanisms, the majority that the government enjoys in the Knesset usually enables it to control the process and overcome the opposition.

A better Coronavirus Law could have been proposed, giving more powers to the legislature and less to the executive and creating better parliamentary supervision, as argued in the petitions against the Law. The HCJ could strike down the Coronavirus Law entirely, parts of it and/or regulations issued under it. The demonstrations clause seems particularly susceptible to judicial scrutiny. However, when addressing it, the HCJ may decide that, since the “special emergency” regime that allowed these restrictions to operate has expired and was not renewed, the demonstrations issue is now moot, at least for the time being, and does not warrant a HCJ holding. So far, the HCJ has generally been reluctant to intervene in the government’s choice of measures aimed at containing the spread of COVID-19, and may certainly choose to show the same deference when addressing the current petitions.

In any event, while a better Coronavirus Law could indeed have been devised, the paradox we identified might actually be a built-in feature of the demand for primary legislation granting the government special emergency powers to act within a pandemic. It would thus be a better alternative to legislate a new Public Health Law that will include measures required for dealing with pandemics while specifying the scope of the government’s authority and parliamentary supervision. The current Public Health Ordinance includes no parliamentary supervision and, as noted, its use during the COVID-19 outbreak was restricted to a limited set of issues. Other matters were first addressed through the general emergency powers and later by the ad-hoc enactment of the Coronavirus Law. A new Public Health Law should address pandemics as part of an holistic understanding of public health, human rights, and democracy. 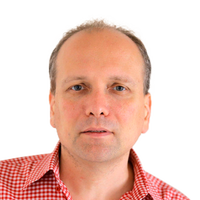 Aeyal Gross Aeyal Gross is Professor of Constitutional and International Law at Tel Aviv University. His Twitter is @AeyalGross. 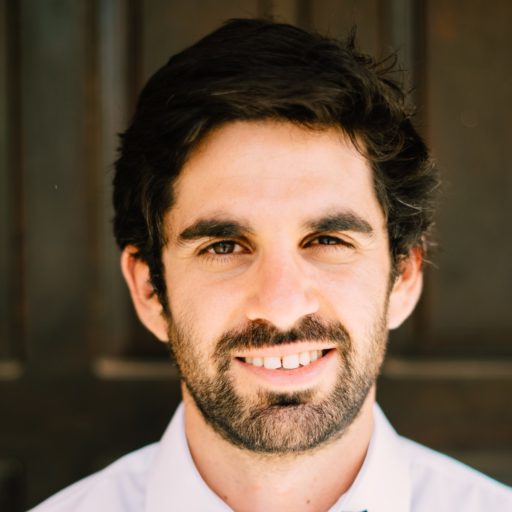 Nir Kosti Nir Kosti is a Phd candidate in Political Science at the Heberew University.