The Pechstein case: Transnational constitutionalism in action at the Bundesgerichtshof

Discussing a case heard by the Bundesgerichtshof on the VerfassungsBlog is probably a first in this blog’s history. I hope this Beitrag will convincingly highlight the legal fluidity of our times, and the fruitful prospect of using the constitutional vocabulary in unusual legal contexts. Already in 2004, Gunther Teubner hit a nerve with his Storrs lecture on societal constitutionalism, in which he defended the rise of civil constitutions without the state. Yet, his theory and some of its offspring remain relatively abstract and sometimes difficult to pin down in everyday legal reality. Is it just academic science fiction? Or can we relate it to concrete legal practices? This post will attempt to demonstrate that the latter is possible.

In recent years, a vast literature has developed around the rise of transnational private regulation, transnational legal orders or simply transnational law. The common denominator of all these perspectives is the diagnostic of the emergence of authoritative rulemaking and adjudication beyond the institutional boundaries of the nation state or classical inter-national law. Fuelled by the complex dynamic of globalisation and the perceived loss of control of nation states, it is argued that new sites of regulations and complex transnational legal assemblages arise. One of the new sites, orders, regimes or systems cited in this context, is the so-called lex sportiva, the complex web of transnational rules, mostly produced by the Sports Governing Bodies (SGBs) that govern international sporting competitions.

In this context I propose to put on constitutional lenses to analyse the case pitching Claudia Pechstein against the International Skating Union (ISU) in front of the BGH (the hearing took place on March 8 and the final decision is due for June 7). Sport, broadly speaking, is a fruitful field to study the transnationalization of law. This is due to its century-old private regulatory structure and its almost genetic (and utopian) drive for global rules in order to ensure the infamous ‘level playing field’. In this regard, the anti-doping rules (primarily the World Anti-Doping Code) are a paramount example. They are developed by a private Swiss foundation (though its executive bodies are composed in a paritary fashion of representatives of both the SGBs and national governments): the World Anti-Doping Agency. Those rules in turn are transposed by the SGBs in their internal regulations and imposed to the competing athletes through contractual networks (in practice via their licenses and/or entry forms to competitions). These rules are not neutral. They entail harsh distributive consequences for an athlete: the athlete might face a lifelong ban to exercise her profession. Obviously, such a sanction constitutes a drastic restriction of her economic freedom. This inevitably raises (constitutional) questions regarding the law-making process of the anti-doping rules, but also the fairness of the enforcement of these rules. It is the latter that is at play in the Pechstein case. Claudia Pechstein, a famous multi-medallist German speed skater, was deemed to have suspicious blood patterns by the ISU and was banned for two years in 2009 by the ISU’s Disciplinary Commission. Through her entry form to the Speed Skating World Cup 2009, at which the suspicious blood pattern was first detected, she consented to the exclusive jurisdiction of the Court of Arbitration for Sport (CAS) seated in Lausanne for any appeal against the ISU’s decision. Despite an appeal to the CAS against the ISU’s decision, and then a double review by the Swiss Federal Tribunal, Pechstein lost her case and the two-year ban entered into force. As an immediate consequence, Claudia Pechstein missed out on the Vancouver 2010 Winter Games, which could have been her last Olympics (she participated in the Sochi 2014 Winter Games). She didn’t end her legal crusade there, however, and lodged a case in front of the ECtHR against Switzerland and a damages claim against the ISU in front of the Landgericht München. The whole case turns on two main legal questions: Is de facto forced CAS arbitration legal? And, is the CAS sufficiently independent from the ISU and more broadly the SGBs?

In first instance, the Landgericht (LG) München rejected the validity of the arbitration agreement due to a lack of free consent from the part of Claudia Pechstein. In light of the lack of choice open to the athlete in accepting the arbitration clause, a refusal would imply not being able to take part in the competition, the consensual basis of the arbitration agreement was deemed vitiated. This position, if adopted by the BGH, would put a definitive end to the existing global anti-doping system that relies on the monopoly of the CAS on (appealed) anti-doping disputes to provide some interpretative coherence and fend off legal nationalism. Yet, in the end, the LG found against Pechstein, due to the fact that she didn’t raise the invalidity of the CAS arbitral clause before the CAS award was definitely rendered. In its decision on appeal, which was based on German competition law, the Oberlandesgericht (OLG) München was subtler. It recognized the need for having a specific court (in this case an arbitral body) dealing with contentious anti-doping cases and refused to consider that the forced nature of the arbitration clause would entail its nullity per se. Nonetheless, it insisted that a forced arbitration clause binding an athlete to an arbitral tribunal (the CAS) that structurally favours the SGBs constitutes an abuse of a dominant position. In particular, after reviewing the nomination process to the CAS’s management board (ICAS), as well as the way CAS arbitrators are designated on the CAS’s closed list of arbitrators and thereafter in each dispute, the OLG considered that the CAS was structurally biased towards the SGBs. Thus, a forced CAS arbitration was deemed to constitute an abuse of dominant position in the sense of §19 Abs.1, Abs.4 Nr.2 GWB. For Claudia Pechstein this meant that the CAS award confirming the validity of the ISU’s ban is not recognized by the OLG and that she is allowed to argue her case against the ISU, unless the BGH would decide otherwise. Unsurprisingly, ISU appealed this decision to the BGH and here we are.

This case can be framed either as a simple arbitration dispute (the validity of the arbitral clause due to the absence of genuine consent of an athlete in the sporting context), a competition law matter (the ISU’s abusive exploitation of its dominant position through imposing unfair trading conditions) or, and this is my suggestion, as a peculiar case of transnational/societal constitutionalism in action. Although the control exercised by the OLG is formally framed as a competition law issue, in practice the key question underlying the OLG’s ruling is a constitutional one. The entire case turns on the assessment of the independence of the CAS from the SGBs. In other words, it is fundamentally about the separation of powers within the specific transnational regime governing anti-doping matters at a global level.

The OLG’s criticism of the CAS’s lack of independence from the SGBs is rather convincing (see here for a longer take on this). The CAS is indeed institutionally closely connected to the Olympic movement as a whole. It is overwhelmingly financed by the SGBs. The majority of the ICAS members are nominated by them and, via the president of the CAS Appeal’s Division, SGBs indirectly control the composition of the CAS panels and, therefore, are susceptible to tip the judicial balance in one way or another. The OLG’s control, however, is not unresponsive to the CAS’s irreplaceable judicial function for global sport. Instead, it is reflexive in nature and adopts a kind of solange approach: as long as the CAS is not sufficiently independent from the SGBs, a forced CAS arbitration in anti-doping disputes is deemed abusive. Indirectly, it aims at triggering an institutional, or constitutional, reform of the CAS that would truly sever its close ties with the SGBs. This is the defining feature of the careful exercise of constitutional checks in a complex transnational legal environment, which is in essence of a pluralist nature.

It is now the turn of the BGH to weigh in on this case and in doing so it should be fully aware of its constitutional role in this matter. Bluntly speaking, the Court has four main options:

National courts (and the CJEU as the Bosman ruling showed already 20 years ago) have a crucial role to play in exercising a counter-democratic (inherently constitutional) check on the emerging transnational private authorities that regulate vast spaces of our globalizing world. Constitutional review is not anymore exclusively located where we would traditionally expect it: in national constitutional courts. Functional equivalents to constitutional review play out in various national (including civil) courts as a new legal game of power and counter-power shapes up for the global age. 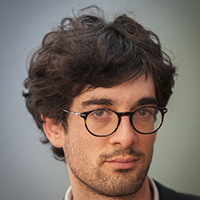 Other posts about this region:
Deutschland 1 comment Join the discussion
pixel_not_set
Go to Top