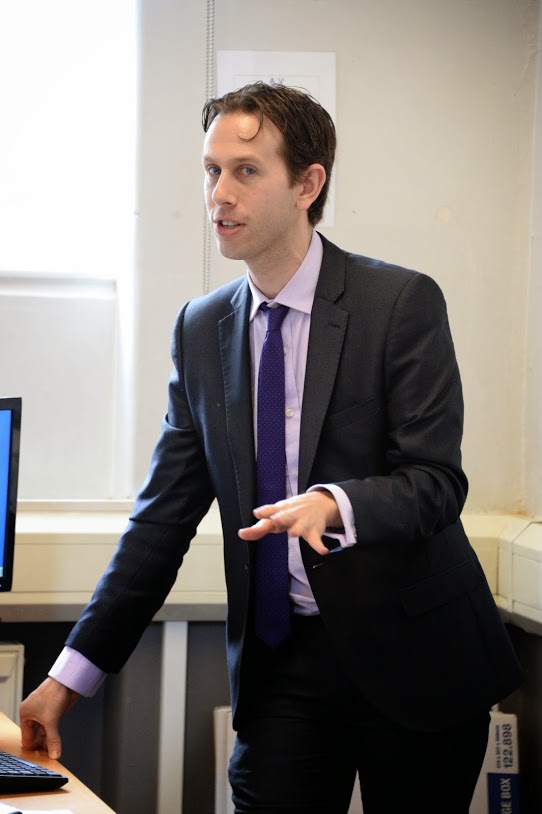 Dr. Reuven (Ruvi) Ziegler is a Lecturer in Law at the University of Reading. He is the Convenor of the SLS Civil Liberties and Human Rights Section.

SHOW ALL ARTICLES OF
Ruvi Ziegler

On Thursday 23rd June 2016, pursuant to the European Union Referendum Act 2015, a UK-wide referendum will be held on the question: ‘should the UK remain a member of the EU or leave the EU’. Hitherto, much of the referendum debate has concerned immigration (to the UK) by EU citizens, exercising their mobility rights, with rather unsavoury rhetoric concerning deportation of criminals and ‘warnings’ about future arrivals from candidate accession states. Alongside immigration, leading campaigners have argued that the referendum is, at heart, a about questions of sovereignty and democracy.

Unlike referendums on state dissolution or separation (cue the 2014 Scottish Independence referendum, discussed here), neither the territorial integrity of the UK nor membership of its body-polity are on the ballot paper on 23rd June 2016 (though a ‘Brexit’ vote is quite likely to prompt demands in Scotland for a second independence referendum). However, for individual UK citizens, in addition to being a key moment of national reflection on the benefits and costs of continued EU membership, the referendum asks, fundamentally, whether UK citizens should retain or lose their EU citizenship status and rights (Chapter V of the Charter of Fundamental Rights), including ‘the right to move and reside freely within the territory of the Member States’ (Article 45) and to be treated there without discrimination. If Leave prevails, then UK citizens who do not hold another EU citizenship will no longer be EU citizens. In contradistinction, citizens of other EU member states residing in the UK will no longer be able to continue to exercise their EU mobility rights in the UK qua EU citizens, (notwithstanding transitional arrangements that are likely to be negotiated after a Leave vote) but they will retain their status as EU citizens.

Now, enfranchised non-citizen residents (Irish and qualifying Commonwealth citizens) who share the view that the referendum should be decided by ‘the British people’ may abstain from voting. Indeed, absent compulsory voting and/or turnout threshold, such abstention would not in of itself affect the referendum outcome. By contrast, UK citizens who have lived outside of the UK for more than 15 years (a threshold which the government’s 2015 Queen’s Speech defined as ‘arbitrary’ and vowed to scrap it in this Parliament) are excluded from participation in a referendum which will determine whether all UK citizens, themselves included, remain EU citizens. Though no official figures are available, it is projected that more than two million UK non-resident citizens are disenfranchised; many of whom reside in other EU MS, exercising their mobility rights.

Two such UK citizens, Harry Shindler, a 94-year-old Second World War veteran residing in Italy (and a persistent challenger of the electoral exclusion of non-resident citizens), and Jacquelyn MacLennan, a 54-year-old lawyer residing in Belgium, challenged their electoral exclusion on both EU and Common Law grounds. The Divisional Court in [2016] EWHC 957 (Admin) and the Court of Appeal in [2016] EWCA Civ 469. Rejected their application; and on 24th May 2016, after oral hearing, a five-member panel of the UK Supreme Court ((Lady Hale chairing, with Lords Mance, Sumption, Reed, and Hughes) denied permission to appeal.

The applicants argued that they are penalised for exercising their treaty right to free movement and residence in another EU member state. They unsuccessfully challenged the government’s position that, in order to prove interference with free movement (and hence engage EU law), the applicants had to either demonstrate that, ex ante, a UK citizen would be deterred from moving from the UK to another EU member state if they knew that they would lose their right to vote 15 years later; or that a person living outside the UK for just under 15 years will be deterred from remaining abroad on these grounds. On this account, a disadvantage must be liable to deter or dissuade persons in the applicants’ position, thereby excluding indirect effects that are ‘too uncertain or insignificant’. The applicants argued that the electoral exclusion of UK citizens penalises or disadvantages them for exercising their (EU treaty) right to free movement by creating a legal incentive to cease exercising mobility rights.

Crucially, had the applicants’ interpretation been accepted by the UK courts, the restriction could only sustain scrutiny pursuant to a legitimate aim and a proportionality assessment. The government’s own characterisation of the 15-year bar as ‘arbitrary’ and the non-applicability of Melnychenko arguments [para 56] for justifying exclusion of non-citizens abroad from participation in electoral process (this is a single issue vote with no constituency representation; with abundant information available online and an ability to engage in debate in multiple fora) coupled with the fundamental, long-term consequences of the vote) point to an all-together different justification which the state presented in its brief: the fact that, because the referendum franchise followed the general election franchise, any change thereto would be deemed as an attempt to skew the referendum outcome. Now, the referendum franchise is not identical to the general election franchise: it was amended to enfranchise Peers and residents of Gibraltar (‘minor adjustments to the franchise’, according to Lord Sumption during the oral hearing). More fundamentally, however, the idea that, based on speculative voting intentions, Parliament can exclude a segment of the ‘British people’ from participation in a national referendum cannot hold. Indeed, it highlights why voting eligibility legislation requires rigorous external scrutiny, as I have argued elsewhere. The remedy via the EU law route would have been the disapplication of the qualification in section 1(4) of the Representation of the People Act 1985, limiting eligibility to citizens who were ‘last resident in the United Kingdom within the period of 15 years ending immediately before the relevant date’.

In Moohan, a majority in the Supreme Court (Lords Kerr and Wilson dissenting) refused to consider the compatibility of eligibility criteria for participation in the Scottish Independence Referendum with Article 3 of Additional Protocol 1 of the European Convention of Human Rights, following Strasbourg jurisprudence which cast referendums outside the ambit of the latter provision due to its linguistic construction (‘…the free expression of the opinion of the people in the choice of the legislature’). Realising that this (debatable) determination would have applied a fortiori to the EU referendum, the applicants pleaded with the Supreme Court to make a declaration of unconstitutionality, noting that the arbitrary disenfranchisement of some non-resident citizens breaches their fundamental common law right to vote. Such a declaration would have been akin to a declaration of incompatibility issued pursuant to section 4 of the Human Rights Act 1998: it would not have affected the validity of the legislation, but would no doubt have sent extralegal shockwaves from Parliament square to Westminster and Whitehall. The Supreme Court adamantly refused to pursue this route, offering instead ‘considerable sympathy for the situation in which the applicants find themselves and…understand[ing] that this is something which concerns them deeply.’

In 2013, following the Chester and McGeoch prisoner voting judgment, I argued that the legal status of the right to vote of UK citizens qua UK citizens is precarious, a conclusion regrettably cemented by Shindler.