Long-time ruler Recep Tayyip Erdoğan recently declared that he would run for president for the last time in the upcoming elections in 2023, indicating the end of his political career that stretched over four decades. This may sound like a strategic move to mobilize voters but it is actually not possible for him to run again according to the current constitution. The possibility for a renewed or „last“ run for office does not lie in the hands of Erdoğan alone. Rather, it depends on parliament and its decision to call early elections with a 3/5th majority. Nevertheless, despite serious constitutional concerns, Erdoğan’s candidacy is very likely and will hardly be genuinely called into question, but rather will be acquiesced by the opposition. After all, as Turkey has devolved into a semi-competitive autocracy, there have been fundamental violations of the rule of law, with the result that authority – rather than the constitution – imposes law, rendering a candidacy highly probable but neither legal nor legitimate.

There is also a dispute over the proper count of how many times Erdoğan ran for office: While there is no disagreement at all that Erdoğan won the race for the presidency in both 2014 and 2018, with 2023 possibly marking his third term, his supporters argue that the extensive constitutional amendments in 2017 essentially changed the system of government. Thus, 2018 should be considered as his first term, disregarding that the Constitution was not replaced by a new one, as only constitutional amendments were enacted while not changing the relevant paragraph on re-eligibility in Article 101.

The evolution and relevance of the office

The head of state’s position has been prestigious since its establishment in 1923, but already lost its sparkle after a multiparty system was introduced and the first change of government took place in 1950. It became almost powerless in political terms with the 1961 constitution before receiving a political upgrade with the constitution of 1982. Since then, this office has been pivotal in the political system and steadily strengthened over the years to follow, reaching its peak in 2018 with the implementation of the constitutional amendments adopted a year earlier. The elimination of the position of prime minister resulting in the president becoming the undisputed chief of the executive branch, emphasizes its importance. Also, its new powers, such as the ability to pass laws by decree, are remarkable.

Though the first step towards an upgrade was taken in 2007, as a result of a conflict over the 2007 presidential election, the popular election of the president was constitutionally adopted via referendum for 2014 and Article 101 underwent extensive amendments. The previous version only allowed the president to serve one seven-year term. The tenure was shortened by two years to five as well as permitting (solely) one reelection. Abdullah Gül, one of the founders of the Justice and Development Party (AKP, Adalet ve Kalkınma Partisi) was the last president who served a seven-year term. After his presidency, then-Prime Minister Erdoğan expressed his willingness to run for the highest office of state and became the first popularly elected Turkish president on August 2014.

Among the reasons to switch his position within the executive was an internal rule of AKP which stipulated that Members of Parliament should not run for more than three consecutive legislative terms which was reached by Erdoğan already in 2011 and made him theoretically ineligible to be re-elected as prime minister in 2015, as he needed to be elected from the ranks of the deputies. After serving three consecutive stints as prime minister, Erdoğan switched positions early and became president for the first time.

Four years later he was confirmed a second time in office by defeating the opposition candidate, Muharrem İnce, in presidential elections. Thus, his second and, according to the constitution, final term will expire in 2023, when the Turkish Republic celebrates its 100th anniversary.

Nevertheless, a third term remains an option. Following the constitutional amendments, Article 116 has been introduced and is relevant in case: if, during the second term, Parliament removes the president from office by calling early elections, a third term is allowed. This is quite ironic because the very possibility of parliament ending the term of the head of government contradicts the main principle of a presidential system and is undisputedly the typical feature of parliamentary systems. As Tal Lento and Reuven Hazan put it, in all parliamentary systems, parliaments can remove the head of government, but not in all of them the latter may also be elected by the legislature. Therefore, the popular election of the head of government does not automatically mean equal the introduction of a presidential system.

This being said, it is very unlikely that a 3/5th majority could be reached in parliament for this purpose. The required 360 votes are neither achievable for the AKP alone nor in addition to the votes of right-wing extremists Nationalist Action Party (Milliyetçi Hareket Partisi, MHP) and Great Unity Party (Büyük Birlik Partisi, BBP). Indeed, this long-standing voting alliance (‘“People’s Alliance”) amounts to a total of 335, missing 25 representatives, making this constitutional process almost impossible.

However, it should not be disregarded the fact that the biggest opposition party, the national Kemalist Republican People’s Party (Cumhuriyet Halk Partisi, CHP), has served the AKP as a majority provider in the past, for example, in the context of lifting parliamentary immunities in 2016. At the end of the day, it is an unlikely speculation, but still a theoretical possibility. On top of that, there is another peculiarity, for the Turkish parliament passed modifications to the electoral law on 6 April 2022, such as lowering the ten-percent election threshold to 7 percent. However, this will not come into effect until next year, which is why the current “Republican Alliance” will not worry about new elections and the organization of the qualified majority until after 6 April.

What complicates matters is that elections in Turkey are not held on that day, but the whole election phase is set to commence 60 days before the election itself. Regularly, the election is scheduled for 18 June and 60 days before that, the election phase has to begin. This means if the “People’s Alliance” wants to take the constitutionally proper path and implement the new election law, the only possible option is to let the parliament declare early elections in the week after 7 April. In other words, Erdoğan, in order to legally run for a third time, would have to convince a total of 25 opposition representatives to let parliament declare snap elections, and it has to be announced in that one week in spring.

Far more important than this constitutionally legal option is another argument made by supporters in favor of Erdoğan continuing to run for office: The extensive constitutional amendments of 2017 would have introduced a new system of government by shifting from a parliamentary to a presidential system. Therefore, under the new system, the first presidency from 2014-2018 shall not be considered a term served, so that the second term is still to come. Here, at least two arguments should be mentioned that oppose counting from 2018 onwards: First, no new constitution was drawn up, but rather the script, which has been in effect since 1982, was modified, with the consequence that all articles that were not changed in 2017 have been valid since their enactment.

Since 2007, Article 101 states that a president must be elected not more than twice. This passage has explicitly not been modified, although other provisions in the same article have been changed (nomination of a candidate) or removed (lifting the party-political neutrality). Not even a – quite common – interim rule has been written down, setting previous terms of office to zero, like Wladimir Putin did, when Russia amended its constitution. Similarly, the case of Gül’s presidency and constitutional amendment that followed his election triggered controversy over whether Gül should be allowed to serve five or seven years. Also, a potential reelection was disputed.

Secondly, changes have occurred within the framework of a parliamentary system and do not constitute a transition to another, a presidential system. In a truly presidential system, parliament would not have the power to end the president’s term early. The fact that the well-defined limitation on terms has remained unaffected by the numerous changes means that no new counting mode may be legitimized in hindsight. In addition, no system-related necessity justifies setting the terms to zero. If, however, an explicit amendment of the paragraph and thus the lifting or zeroing of term limits was not carried out because the constitutional amendments supposedly necessitate such a change and because it is plainly obvious, then the question arises as to why this was done in the case of party-political neutrality of the president, which since 1982 should guarantee a non-partisanship representation, and which was removed without replacement in the same paragraph in 2017.

Unlike critics of the amendments in general may argue, the president must lose his party-political neutrality since the executive office now consists of one person, similar to parliamentary systems with a unified one-person executive (e.g. South Africa or German states). Thus, its tasks (representing and governing) are merged into one person. In the end, the architects of these constitutional changes not only missed the actual and announced transition to a presidential system, but also involuntarily made it nearly impossible for Erdoğan to be re-elected in the symbolic year 2023; 100 years after the Treaty of Lausanne or a century after the proclamation of the republic. However, a technical error will hardly prevent the incumbent president from throwing his hat into the (rigged) ring once again.

An unfortunate scenario would be if some members of the opposition would pave the constitutionally possible path for the president claiming not to be afraid of the polls and wanting to defeat the president via elections. That would be careless, for elections in Turkey have been under serious allegations of fraud for some time now. Thus, the opposition should not fool itself into thinking it would be wise to invite Erdoğan for a last dance. The president’s recent statements indicate that the constitutional path will not be followed, and instead new elections will be scheduled – officially due to seasonal conditions – for the symbolic 14 May. In 1950, the first free and fair elections under a multiparty system in Turkey took place on that date. Although it is unconstitutional for Erdoğan to run again, he will probably do so once more. Whether it will be the final bid, however, remains to be seen. In authoritarian regimes political leaders have difficulties leaving the arena. They also have difficulty respecting existing law. It was shown that Erdoğan’s candidacy would have no legal basis and would be illegitimate. Per the constitution, the dance is over for Erdoğan by 2023, but since it is not the constitution that rules but power, a “last dance” is highly probable. 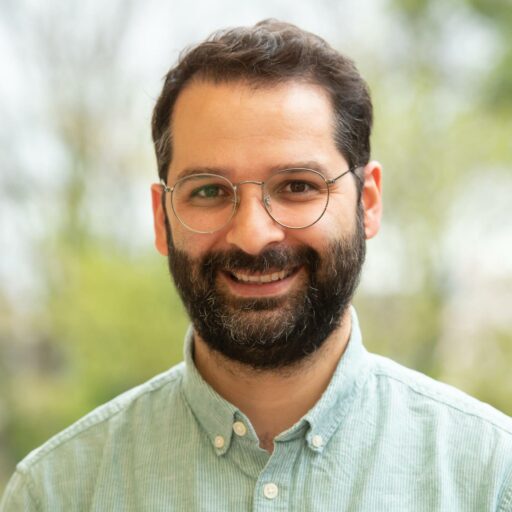