The Tale of Two Citizenships

August 2018: Two reports make the rounds in Austrian media. One discusses data protection issues for persons on the so-called citizenship “Promi-Liste”. It tells a story of a Chinese investor, who offered a donation to a public university dean in exchange for assistance with receiving the Austrian citizenship. Meanwhile, another paper breaks the news with a related dicey topic: about 70 Austrians have received notice they are to lose their citizenship. The reason? They allegedly reacquired their native Turkish citizenship as evidenced by their alleged participation in a Turkish referendum.

Two stories, one topic: citizenship. Austria is one of many countries that has rigorous rules on citizenship. Acquisition at birth is possible only by jus sanguinis. For those seeking to naturalize, there is a litany of stringent rules: legal residency with intent to remain for many years, language proficiency at a high level, lack of criminal record, sufficient income, and – newly introduced since 2017 – the passing of a ‘cultural values’ test. Dual citizenship, unless present at birth, is not really tolerated: typically, acceptance of the Austrian citizenship means the loss of any other ones and vice versa.

Except. There is a big except. When it is in the ‘special interest’ of the Republic, a person can, with government permission, be a dual citizen. Film, music, and sports professionals are often granted this waiver, with Arnold Schwarzenegger being the best example. Prominent personalities of other nationalities are often awarded Austrian citizenship under the ‘special interest’ clause, and with far fewer rules to fulfill. But they are not the only ones. High-level investors can also naturalize if they meet one of the special criteria of ‘economic benefit’ to the nation. A pure citizenship-by-investment option does not exist, however; the decision is still a discretionary one by the government.

This makes Austria an outlier from the global trend. Citizenship-by-investment schemes have proliferated around the world in recent years. This intrusion of the market into what has been traditionally the civil and political sphere of society was recently elaborated on by Dr. Ayalet Shachar, noting the rising trend of states relaxing or even completely removing traditional citizenship rules for high net worth individuals. In many cases, the pros for the recipients are financial benefits; in some cases, it also ‘buys’ freedom of movement in the EU. The Maltese, government, for example, allows anyone to acquire citizenship by donating and investing a combined sum of €1.15 million through its Malta Individual Investor Program. Recently, a de lege residency requirement of twelve months has been instituted only after heavy criticism from the EU. Factually, however, most investors do not actually live in Malta for that long, as residency is defined (indirectly via Maltese tax law) as “an intention to reside in Malta for any fiscal year, usually evidenced by a stay of a minimum of 183 days or by the purchase/rental of property together with a visit to Malta.“ Meanwhile, Cyprus does not have a residency requirement at all. It offers citizenship for a €2 million investment, processed within three to six months. Language proficiency is not required; not even a citizenship interview is conducted.

Other EU MS are a little stricter. They do not offer citizenship but residency – which can ultimately lead to citizenship, with options for fast-tracking the process. Bulgaria has a minimum investment amount of €500,000; investments above €1 million make the investor eligible for citizenship after two years (as opposed to the standard five-year requirement). Portugal requires, in addition to an investment of €500,000, actual residency of only one week in the first year and two weeks in each subsequent two-year period after applying. That these schemes completely fail to abide by common standards as set out in EU secondary law, such as the Long-Term Residency Directive, seems irrelevant.

While the argument of stable economic benefit to the states has yet to bear out in fact, politicians nevertheless encourage these programs because they bring in ‘good individuals’, who will contribute to the host state. Implicit in that logic is that the wealthy will have a positive contribution and hence deserve a right to enter. This notion is closely tied to the myth of meritocracy: successful people are at the top because they earned it. This concept permeates most Western states: the American dream, for example, is founded on the notion of ‘bootstrapping’ — or pulling oneself up the socio-economic ladder through one’s own efforts alone. That this is a myth and that factors such as gender, race, religion, and especially pre-existing wealth often contribute greatly to financial success has been amply shown.

And that is where the other story comes in: Why the differential treatment of the Austrian citizens of Turkish origin? Why should someone with little genuine connection to Austria be of ‘special interest’ to the nation, while the country can lose interest in existing citizens for the mere (and unproven) assertion that they participated in a political act elsewhere? The answer is as simple as it is sad: racism. Racial inequalities within citizenship are nothing new. In the late 1800s, Chinese immigrants in the US were specifically excluded from the possibility of naturalization through the Chinese Exclusion Act. African-American slaves had no birthright to citizenship prior to the Civil War.

But, it seemed that these issues were dying out. While systemic racism still prevented many citizens from asserting their rights, their legal status as citizen was confirmed. The rise of populism across the globe has changed this thinking. It is no surprise that the stricter rules for Austrian citizenship have come about after the far right FPÖ party has come to power, on the wings of an immigrant fear-mongering campaign post-2015. Nor is it surprising that it was the FPÖ who pushed for review of citizenship of the Turkish-heritage citizens.

Other countries are not better. Australia, which traditionally had low-level citizenship requirements, has started ‘Europeanizing’ its policies: a newly proposed bill in 2017 would increase the residency and language literacy requirements and add a ‘values test’. Since 2010, immigrants from Asian countries outnumber the historically white European immigrants. Meanwhile, the approval rates of citizenship applications have taken a dive (though questions remain why exactly) and wait times have gotten longer. The US, the immigrant country, under the Trump Administration also carries a large backlog of citizenship applications, as the Administration’s racist rhetoric and policies have struck fear into permanent residents’ hearts. They are rushing to become citizens for fear of being denied the right.

For those in the field, it is not a secret that citizenship can be both inclusive and exclusive. By defining rules on who is a citizen — either at birth or by acquisition — states have always defined who belongs. They have also done that by excluding others, often using racial differences to do so. It is, therefore, nothing new to see states develop new rules for citizenship acquisition and racism finding its way in their application. What is new, however, is the intertwining of the market and the racial disparities. Populism and globalism — two sides of the same coin — are the driver for this new entanglement. That globalization is blamed for the decline of the economic opportunities and so has encouraged the rise of populism has been eloquently argued elsewhere. It therefore seems paradoxical that it is wealthy foreigners, often those that benefitted from globalization, which are welcomed, while those that have been exploited by globalization are not.

Which leaves us with a key question: Why is it permissible to let the market determine who belongs and who does not?

The notion underlying the meritocracy myth in conjunction with citizenship is that the wealthy deserve to be included because they are economic givers not economic takers. In meritocratic capitalist societies, wealth is a proxy for success – and success is evidence of ‘good moral character’, a traditional requirement of citizenship. In short, it is not just that the market is intruding into the citizenship sphere; it is also that inherent social constructs permit it to do so.

Another answer could be: Because it is not really the market that decides. It is still the people, whose fears have been exploited. The main thrust of the arguments why globalization drives the particularly xenophobic, nativist, and even racist brand of populism today is that globalization creates economic uncertainties among the once stable middle-class. The populists tap into this fear and feed it with the tribal fear of the ‘other’, the fear of the non-citizen out to steal ‘our jobs’ and live off ‘our social welfare’. That is why the same persons who decry the ‘lazy, rapist, drug-dealer’ immigrants can also push for more immigration by the wealthy. Since wealth tends not to be held by people of color from the Global South, this connection only entrenches the underlying problem of the intermingling racism and the marketization of citizenship: It is now not only the case that people of color struggle in asserting their rights as citizens; it is now also the rule that they are not given the right to be citizens. Wealth here is tied to race, and race has always been and unfortunately still remains a key excluding factor in terms of citizenship.

Where does that leave the Chinese investor wishing to be an Austrian and the Austrian citizens with Turkish roots being stripped of that title? On the latter, subsequent reports tell us that in at least one case a federal court confirmed the removal of citizenship. The court argued that the appearance of the man’s name on the list of persons who participated in the Turkish referendum showed he must have registered to vote, and that could have only have happened if he had availed himself of his old citizenship, which means he lost his Austrian citizenship. His appeal and other cases are still pending before the Federal Administration and Constitutional Courts. As for the first story, that remains untold in the media. According to original report, the university dean declined the request and has not heard again from the investor. The likelihood that the gentleman got someone to vouch for him is high, however. He is wealthy after all.

The author thanks Dr. Odile Amman, Dr. Heli Askola, and Dr. Lana Tatour, whose contributions at the Transformation of Citizenship Conference held on 20-21. November 2018 at the University of Graz spurned on this piece and her colleague Stefan Salomon who provided the impetus for writing it. 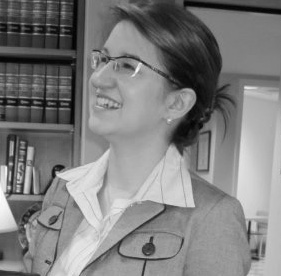 Alma Stankovic Alma a US-American lawyer licensed in NY, CA und D.C. She is currently working on her PhD thesis and as a Project Staff Member at the Institute of International Law and International Relations of the University of Graz.