The Time to Speak Up

The European Commission’s Rule of Law Report 2020, in its Spanish chapter, highlights in particular the situation of the Judicial Council as a challenge: The mandate of its members has expired in December 2018, but its new members have not yet been appointed. To unblock this situation a proposal was introduced in Parliament, but the envisaged reform does not comply with EU standards and endangers judicial independence, as the European Commission and GRECO have warned. Some days afterwards the President of the Government has announced that he wants to stop this reform, although it has not yet been formarly withdrawn.

The Spanish Constitution of 1978 established a Council of the Judiciary that consists of the President of the Supreme Court and twenty members. Twelve of the members must be appointed among judges, but the Constitution did not explain who should elect these members and by which procedure and majority. It simply referred these questions to an organic law. The eight other members are appointed among lawyers or other jurists of recognized competence with more than fifteen years of professional practice. But here the Constitution clearly established that four of those are elected by the lower Chamber of Parliament (“Congreso”) by a 3/5 majority and the other four by the Senate by a 3/5 majority as well.

Only in 1980 the twelve judicial members of the Council where directly elected by their peers. In 1985 the organic law was changed and all the 20 members were elected by the Parliament by 3/5 majority. In its judgement 108/1986 the Constitutional Court recalled that the twelve judicial members should not only represent the different levels of experience in the Judiciary, according to their professional background and age, but also the different ideological trends. Nevertheless the Constitution does not establish a fixed procedure of appointment of these members of the Council. Quite the contrary: it refers this question to an organic law which requires an absolute majority to be enacted. According to the Constitutional Court, the 3/5 majority established by the organic law in 1985 was a qualified majority and, as such, sufficient guarantee. The Court, however, already warned about the danger that the Parliament could use this power to distribute the seats in the Council along the political forces in Parliament. This could be acceptable in other fields but not in the field of the Judiciary, which has to be kept at distance from the fights among political parties. In its judgement 191/2016 the Constitutional Court reiterated once again that the Council is not a representative institution, but an institution to guarantee judicial independence.

The system of appointment of the twelve judicial members has undergone different reforms. The reform of 2013 established the nomination of candidates by either a judicial association or 25 acting judges, obliging the Parliament to appoint the judicial members of the Council among these candidates.

Last October 13th the two parliamentary groups supporting the Spanish Government, the socialist “PSOE” and the left-wing “Unidas Podemos – En Comú Podem – Galicia en Común”, introduced a draft piece of legislation in Parliament, changing the system of appointment of the judicial members of the Council. This would allow their election by absolute majority, if the 3/5 majority is not reached in the first round. The draft law also aims to restrict the powers of the Council in an interim situation: As long as the political parties have not reached an agreement on the renewal of the Council, the current law foresees that the Council remains fully functional until the new one is elected. The only election that is not possible for a Council exercising its powers ad interim is to elect a new President of the Council.

Leaving aside internal considerations from a constitutional point of view: what seems clear is that the draft legislation violates the European standards in various ways.

First, it does not comply with the expectation that the judicial members of the Council have to be directly elected by their peers. In its Recommendation CM/Rec (2010) 12, the Committee of Ministers of the Council of Europe clearly states that “not less than half of the members of such Councils should be judges chosen by their peers from all levels of the judiciary and with respect to pluralism inside the Judiciary”. The European Network of Councils for the Judiciary (ENCJ) in its report 2010-2011 on Councils for the Judiciary established several principles on how these Councils should be organized, among them the requisite that a majority of the judicial members must be elected by their peers. Therefore the Venice Commission has several times recalled its position expressed in the Rule of Law Checklist, in the Report of the Judicial Appointments and in the Report on the Independence of the Judicial System (Part I: The Independence of Judges) to the effect that “a substantial element or a majority of the members of the Judicial Council should be elected by the Judiciary itself”. As the European Commission has stated in its Recommendation 2018/103, “it is up to the Member States to organise their justice systems, including whether or not to establish a Council of the Judiciary. However, where such a Council has been established, […] its independence must be guaranteed in line with European standards” (paragraph 31). According to a recent survey conducted under acting judges in Spain, 90% of them prefer the election of the judicial members of the Council by their peers.

Second, the lowering of the majority required for the parliamentary election from 3/5 to absolute majority in a second round threatens to politicize the appointment of the judicial members of the Council, and hence the Council as such, as the Venice Commission and the European Commission have highlighted in their reports on the Polish reform of the Council for the Judiciary.

And last but not least, the proposal of draft legislation has not been submitted to the opinion of the Council of the Judiciary, in breach of the European standards that require that “all draft texts relating to the status of judges, the administration of justice, procedural law and more generally, all draft legislation likely to have an impact on the judiciary, e.g. the independence of the judiciary, or which might diminish citizens‘ (including judges‘ own) guarantee of access to justice, should require the opinion of the Council of the Judiciary before deliberation by Parliament. This consultative function should be recognised by all States and affirmed by the Council of Europe as a recommendation” (Opinion 10 (2007) of the Consultative Council of European Judges on the Council for the Judiciary at the service of society). In the same line the ENCJ in its report 2010-2011 on Councils for the Judiciary points out that “the Council should have the power to put forward proposals or to render opinions on any judicial policies or legislative proposals which impact on the delivery of justice or the functions of the judiciary.”

According to the Principles on Judicial Ethics adopted by the Spanish Judiciary in 2016, when democracy, the Rule of Law and fundamental freedoms are in danger, the obligation of secrecy is relinquished in favour of the duty to speak out. In that sense five regional courts in Spain have publicly rejected the proposal, and so did the main judicial associations and the European Association of Judges. Now is the time to speak up. 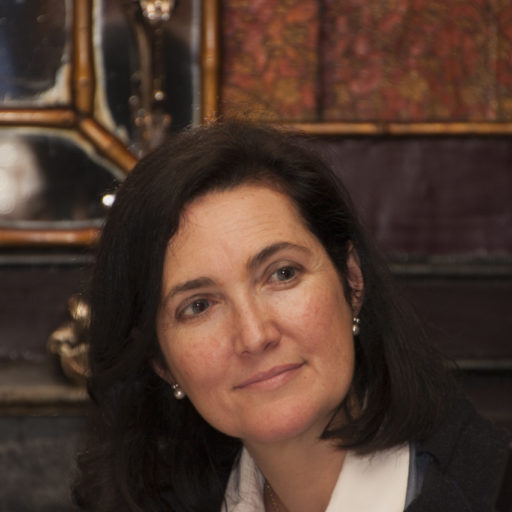