The tortuous process of Brexit is complete. The UK has left the EU, and Boris Johnson and the Conservative party now enjoy a commanding majority in the House of Commons after several years of unstable minority governments. However, the aftershocks of the last few years of legal and political turmoil rumble on, amplified to some degree by the Covid crisis. At the international level, the EU/UK relationship remains tense, as demonstrated by recent disagreements about vaccine exports and the Northern Ireland Protocol. But turbulence is also being experienced at national level. Brexit has opened up a number of constitutional fault-lines, which have not closed with UK departure from the EU: indeed, if anything, they have continued to widen. This has accelerated a process that had started even before the ‘Leave’ vote in the June 2016 referendum – namely the ‘unsettling’ (to borrow a phrase from Neil Walker) of the once famously stable British constitutional order.

To start with, Brexit and the political controversy surrounding the Northern Ireland Protocol has destabilised the delicate political balance in Northern Ireland established by the Good Friday Agreement in 1998 – as evidenced by the recent outbreak of serious rioting in Belfast. New tension has been injected into the already strained relationship between the central UK government and the devolved administrations in Scotland and Wales. The UK Internal Market Act 2021, post-Brexit legislation which repatriated powers previously held by the EU institutions in Brussels, has given UK government ministers new authority to regulate matters previously falling solely within devolved competence. The UK government has also become more assertive in challenging the competency of the devolved legislatures to pass legislation in sensitive policy areas. For example, it has just initiated a legal challenge against provisions of the United Nations Convention on the Rights of the Child (Incorporation) (Scotland) Bill, which incorporates the rights protected into the UN Convention into Scottish law. In response, the Scottish and Welsh Governments have accused the UK government of attempting to undermine the existing devolution framework, and clawing back power to Westminster.

Constitutional Unsettlement – Breaching the Rules of the Game?

Controversy also persists about the UK government’s general attitude to constitutional norms. During the Brexit period, government ministers were criticised for using populist rhetoric to attack the parliamentary majority who were resisting the possibility of a ‘no deal’ Brexit. Senior Conservative politicians also attacked the courts for their perceived legal ‘activism’ in the Brexit-related Miller cases, with some calling for radical reform of the UK Supreme Court. Similar criticism of the courts has persisted after Brexit, with a think tank closely affiliated with the Conservative Party calling for a ‘reining in’ of judicial power. Government ministers, including the Prime Minister himself, have also recently accused ‘lefty human rights lawyers’ of attempting to ‘hamstring’ immigration legislation.

In response, leading academic commentators have accused the UK government of creating a ‘crisis of civility’, and of failing to respect ‘established constitutional mores’. The government has also been accused of ‘testing the limits of elective dictatorship’, undermining the rule of law, and sidelining Parliament for much of the Covid crisis through its sweeping use of emergency powers. Government ministers have also been criticised for disregarding the Ministerial Code of Conduct, undermining the status of the independent Electoral Commission, and for creating a climate that ‘smells of corruption’ when it comes to Covid-related public procurement issues. Recently published government proposals to limit the scope of judicial review have been described by a leading public law expert as ‘constitutional gaslighting’. Fears have been expressed that the UK government will use the conclusions of a forthcoming review of the UK Human Rights Act (HRA) to dilute rights protection. In response, the UK government has largely ignored or dismissed these concerns – implicitly treating them as exaggerated political claims generated by left-liberal opponents of its post-Brexit reform strategy.

All this has inevitably resulted in accusations that the UK government is dabbling in ‘populism’, as analysed and pathologized by constitutional scholars across the world over the last few years. There are certainly some interesting comparisons to be made in this regard, as, for example, discussed by Alison Young. But the ‘populist’ label may obscure more than it illuminates in the UK context. To start with, Boris Johnson’s immensely privileged ‘insider’ status makes him a poor fit as a populist demagogue. Also, it is striking how the current UK government’s approach to constitutional matters echo those of previous Conservative governments in the 1980s and 1990s – as shown, for example, by their attacks on over-reaching judges, and resistance to devolution

In general, the UK government’s constitutional agenda does not fit the description of an ‘anti-elitist’ populist project – despite its occasional rhetorical posturing to that effect. Nor is it a radical Schmittian exercise in concentrating public power in an all-powerful executive, as some have claimed: many Conservative ministers and MPs retain libertarian political instincts. Instead, it is best understood as a post-Brexit attempt to return to an older constitutional orthodoxy – namely the traditional model of the ‘political constitution’, which formed the core of the British constitutional system for much of the 20th century

This traditional model centralised power in the sovereign UK Parliament and, by extension, in UK governments who commanded a stable working majority in the House of Commons. Westminster served as the dominant locus of political activity, and the focus of democratic life. For defenders of this traditional model, this prevented power being dispersed and diffused across different layers of constitutional governance. It also established a direct relationship between the people and the politicians, while minimising the powers of unelected authorities such as judges, EU Commissioners, ‘fourth branch’ bodies such as electoral commissions, and so on. Constitutional reforms such as the establishment of devolution, post-1960s expansion of judicial review, and the enactment of the HRA made radical changes to this model, in tandem with membership of the EU. Now, post-Brexit, Boris Johnson’s government is trying to reverse this direction of travel – and govern in line with the older model, to the best of its ability.

Swimming Against the Tide?

The UK government’s agenda is thus classically ‘conservative’, in the sense that it is trying to return to an older model of constitutional governance. Support for this is not restricted to the Conservative Party – it attracts some academic and judicial support, and positive enthusiasm in the right-wing press. (A cynic might note that concentration of power in Westminster has historically favoured the political right, for a variety of factors – not least the UK’s ‘first past the post’ electoral system.) This revivalist agenda also resonates with the general logic of Brexit, which allows the former to borrow some of the populist and nationalist energy that drove the latter.

However, the factors that caused the original shift away from this traditional model remain relevant. Westminster centralisation was unpopular in Scotland and Wales, and now both have become distinct political spaces: any substantial erosion of devolution in either place, and in particular Scotland, is likely to provoke a strong political backlash. Northern Ireland was never successfully governed in line with this traditional model, and is inevitably going to remain constitutionally distinct. A more active role for judges in reviewing administrative action and protecting rights is now well-established: so much so, in fact, that a prominent critic of the expansion of judicial power under the HRA, the former Supreme Court judge Lord Sumption, recently ended up advocating judicial strike-down of government Covid regulations to protect some vague notion of individual liberty. Support for the constitutional reforms of the last few decades remains strong, in particular among the legal profession, opposition parties, organised civil society elements, and other key actors in the legal and political realm. More fundamentally, the ‘faith’ in political constitutionalism (to quote Paul Scott) and the relatively consensual nature of post-war UK politics which buoyed up the traditional model during its heyday between 1945-1979 is gone – and the bitterly divisive post-Brexit political environment offers a poor basis for its resurrection.

All of which means that the UK government may struggle to achieve the post-Brexit constitutional ‘rebalancing’ it is seeking, despite its electoral popularity and big majority in the House of Commons. Instead, its policies may further destabilise an already fragile constitutional system, without succeeding in resettling it on more traditional foundations – with Northern Ireland and Scotland, in very different ways, being the places where such destabilisation might have the most dramatic impact.

Boris Johnson is currently playing an interestingly high-risk game with the UK constitution. It remains to be seen how far he will succeed in his ambition to revert to a more traditional mode of UK constitutional governance. There are already signs that UK government policy may be moderating in some areas – as reflected in the government’s commitment to remain within the ECHR system, which back in 2014 was openly being questioned within the ranks of the Conservative party. This more moderate approach may become more prominent over the next few years, especially if the price of constitutional destabilisation becomes greater than its potential political gains. However, for now, the UK constitutional system remains in a serious state of post-Brexit ‘unsettlement’ – with fault-lines like the Scottish independence issue gaping wider with every passing month. 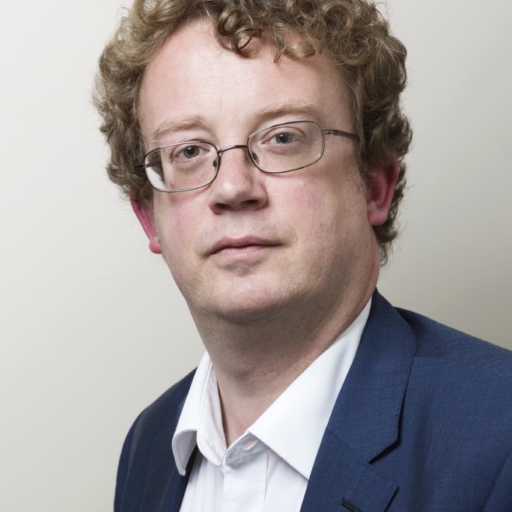 Colm O'Cinneide Colm O'Cinneide is a Professor of Constitutional and Human Rights Law at University College London (UCL).
Other posts about this region:
Vereinigtes Königreich No Comments Join the discussion
Go to Top