The Walk After Bostock

The Challenges Ahead for LGBTQ Rights

The judgment of the U.S Supreme Court in Bostock v Clayton Country, is a landmark decision in protecting members of the LGBTQ community from employment discrimination on the basis of their gender identity and sexual orientation. Nevertheless, there are hurdles in the implementation of this judgment, particularly in relation with the right to religious liberty and the right to association under the First Amendment to the U.S Constitution.

The petitioners in this case were fired due to their gender identity and sexual orientation and therefore sued their employers under Title VII of the Civil Rights Act, 1964. The employers defended their decision by arguing that terminating the employment of a person because of their transgender status or sexuality is not discrimination based on a protected trait under Title VII, since the statute only mentions race, color, religion, sex, and national origin. Justice Gorsuch, writing for the majority, reasoned that discrimination against a homosexual or transgender person is application of sex-based rules and therefore amounts to discriminatory action on the basis of sex. If a female employee is attracted to a man and a male employee is also attracted to a man, action against the latter but not against the former is an imposition on a sex-based rule that those assigned as male at birth must only be attracted towards a person of the opposite sex. Similarly, if a person is discriminated for not abiding by the norms associated with the sex assigned to that person at birth, that is a discrimination on the basis of sex.

Even though the judgment provides protection to LGBTQ persons from employment discrimination, the ruling does have several challenges in its implementation. The prime one which is recognized by the majority and the dissent is the test of how this statutory right will interact vis-à-vis the right to freedom of religion. Title VII itself provides for an exemption to employment discrimination based on religious reasons by certain entities. 42 U.S.C §2000e–1(a) allows religious corporations, associations, educational institutions or societies, to hire individuals based on their religion. It is possible that certain religious organizations may insist on an interpretation of their religion which excludes people from the LGBTQ community, and it won’t be open to the Courts to rule on which interpretation of a religion is accurate, as it would fall foul of the doctrine of excessive entanglement with religion under the First Amendment.

Furthermore, Congress enacted the Religious Freedom Restoration Act, 1993 (RFRA) to prevent the state from substantially burdening the free exercise of religion of a person, except if the government can demonstrate that the state action is in furtherance of a compelling state interest and that the action is the least restrictive means of furthering such interest. Even though RFRA is not applicable at the state level, numerous states have adopted variations of RFRA as state statutes. In Burwell v Hobby Lobby, the U.S Supreme Court held that even religious corporations can claim RFRA rights. Therefore, one of the major test case for implementing Bostock would be whether a religious organization or corporation can cite RFRA rights and the exemption clause, to avoid a Title VII violation if they engage in employment discrimination on the basis of sexual orientation. In other words, is there a narrowly tailored compelling state interest to force a religious corporation or organization to employ someone in violation of their religious beliefs?

It is also important to recognize that there is an additional hurdle for Bostock, in relation to the right to association. There may be situations whereby a person is only eligible for an employment position within an organization or association, if such person is a member of the association. In NAACP v. Alabama, the U.S Supreme Court had recognized that forming associations on common principles, missions or goals, are themselves form of expression. Therefore, the First Amendment protects the right to ‘expressive association.’ However, if the one of the central tenants of an association is its condemnation of homosexuality, the question would arise to whether the ratio in Bostock can force such associations to ignore the sexual orientation of the employees or of prospective employees.

In Boy Scouts of America v Dale, the U.S Supreme Court recognized the action of the Boy Scouts leadership in removing an assistant scoutmaster for being gay, as an exercise of the right to expressive association under the First Amendment, because an association does not have to admit a person it does not desire, especially if the person’s presence adversely affects the association’s right to express a certain viewpoint. Even though the Scout Oath and Law did not expressly condemn homosexuality, the Court deferred to the interpretation of the Scout leaders that the mandate to be “morally straight” under their rules, is incompatible with homosexuality. In one sense, the judgment incentivizes organizations and associations to explicitly mention their discriminatory approaches and beliefs in their mission statement or policies, so as to come under the protection of the doctrine of expressive association.

Title VII read with Bostock provides a statutory right against employment discrimination on the basis of sexual orientation, whereas the right to expressive association is a constitutional right. The right to association is subject to restrictions which serve compelling state interests and which are narrowly tailored, however in Dale, the Court held that there is no compelling state interest to force an association to accept members, in derogation of their expressive message. Therefore, until Dale is overturned, associations which provide employment positions which are linked to membership and which have a mission statement or policy against employing members of the LGTBQ community, may be immune from the impact of Bostock.

Bostock is undoubtedly a major step forward for the LGBTQ community, however it is still a case of statutory interpretation and not a matter of constitutional adjudication, and therefore has certain limitations. The way it may interact with other statutory rights such as RFRA and the principles of the First Amendment will be an important flashpoint in the judicial handling of the ongoing culture war in society. 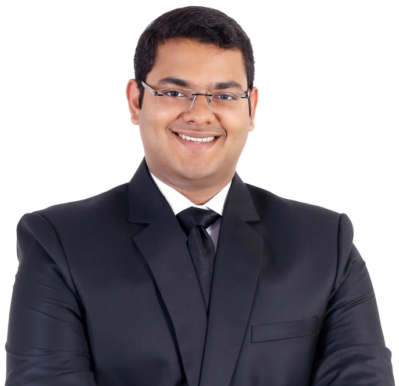