Thou shalt have no other courts before me

Opinion 2/13 has already spurred outrage throughout the blogosphere. I concur with the statements published on this site: none of the Court’s arguments is compelling, some can be attributed to its exaggerated cautiousness, some, however, are utterly ill-founded. My contribution will focus on the ECJ’s statements under the caption ‘The specific characteristics and the autonomy of EU law’ (starting at marginal number 179) which I consider to be those with the most glaring blunders and misapprehensions.

First of all, I absolutely fail to see how on earth the alleged relationship between Article 53 ECHR (European Convention on Human Rights) and Article 53 CFR (Charter of Fundamental Rights of the European Union) could play any role in the legal assessment of the accession agreement. And I feel in good company since Advocate General Kokott’s exhaustive opinion does not even mention the issue. The Court bases its argument on the Melloni judgment which underscored what all EU law experts had already known since the decision in Internationale Handelsgesellschaft (1970): no national law of any rank, not even constitutional law, can break the primacy of European law in order not to jeopardise its primacy, unity and effectiveness. Only when the Member States are implementing EU law (Article 51(1), 1st sentence) but their actions are not completely determined by it can there be a field of application for Article 53 CFR at all. The simultaneous applicability of both the Charter and national fundamental rights is the crucial prerequisite for the provision to have any impact as a comparison between Melloni and the (in)famous Akerberg Fransson decision shows.

So where should there be a problem with Article 53 ECHR? In Melloni-type constellations, the Member States’ courts are obliged to apply exclusively the fundamental rights regime of the EU – which already provides that the ECHR is the minimum standard the Charter may only improve upon but never fall short of. If national courts disagree with Luxembourg’s interpretation of a particular right they can already cite Articles 52(3), 2nd sentence and 53 CFR as legal bases for broader readings. However, the uniformity of EU law is safeguarded by the compulsory preliminary reference procedure under Article 267(3) TFEU so that it is ultimately for the ECJ to determine what level of protection the EU chooses. How should Article 53 ECHR, be it a formal part of EU law or not, change that? In Akerberg-Fransson-type situations, the ECJ can sit back and relax, anyway, because Member States’ courts are explicitly allowed to apply higher human rights standards.

So, what would a clause that provides for ‘coordination’ between the two Articles 53 look like? Probably something like: ‘When the Member States are implementing EU law they must not make use of Article 53 ECHR without submitting a request for a preliminary ruling to the Court of Justice of the European Union in accordance with Article 267 TFEU unless the case-law of the Court explicitly allows for varying standards in the Member States.’ Of course, such a rule would only reiterate standing ECJ case-law and be utterly out of place in an international agreement with third states because it is none of their business.

What the Court says about Protocol No. 16 to the ECHR and Article 267(3) TFEU is not a tad better. While national courts of last instance are obliged to ask the ECJ for a preliminary ruling, they would only be entitled to submit a question on the interpretation of the ECHR to the ECtHR. We can again differentiate between Melloni-type situations (exclusive applicability of EU fundamental rights) and other constellations.

In a case like Melloni, the ECHR would only be applicable because of its status as a source of law on the EU level. If the highest court of a Member State thought that it needed some guidance on the interpretation of a fundamental right, this would necessarily be a question of EU law and a preliminary reference would be obligatory under Article 267(3) TFEU. The ECJ seems to be afraid of the following hypothetical scenario: a national court could first ask the ECtHR via Protocol No 16 to the ECHR and then claim that the interpretation of the Charter on Fundamental Rights is an acte clair because of Articles 52(3) and 53 CFR. In my personal opinion, that is no problem at all because this is what the aforementioned CFR provisions enshrine: deference towards the greater expertise of the ECtHR in human rights matters. But even if one wants to view Strasbourg’s prior involvement as problematic there is no issue with the autonomy of the European Union but – as Advocate General Kokott rightly pointed out at marginal number 141 – only with the interpretation of Article 267(3) TFEU, especially the scope of the acte clair theory. This is – again – none of the third states’ business.

In Akerberg-Fransson type situations and in situations falling completely outside the scope of EU law, the national courts have retained their sovereign right to apply the ECHR as part of their own legal order in an unfiltered manner. A prohibition to submit a question to the ECtHR under these circumstances would be an extension of the EU’s competences, hence a violation of Article 6(2), 2nd sentence TEU, hence an ultra vires act.

A possible new clause – though misplaced in an international agreement – could therefore only read: ‘When the Member States are implementing EU law they must not make use of the procedure set out in Protocol No 16 to the ECHR unless the case-law of the Court explicitly allows for varying standards in the Member States.’

Mutual trust in the Area of Freedom, Security and Justice

The Court’s stance on mutual trust in the Area of Freedom, Security and Justice is even more flawed. It appears to be a reaction to the ECtHR’s M.S.S. judgment by which Belgium was condemned for deporting asylum seekers to Greece under the Dublin II Regulation because of the appalling detention and living conditions there. The delicate thing about this decision from an EU law perspective is: the ECHR explicitly interpreted the EU rules and came to the conclusion that they would have allowed Belgium to keep the refugees and that the Belgian authorities should have used their discretion accordingly. The ECJ did its utmost in the N.S. judgment to highlight the basic idea of the Dublin system that the EU Member States should not question one another’s ability to treat refugees properly (at marginal numbers 78 et seqq.). However, the genie was out of the bottle and the EU asylum system saw some far-reaching changes along the lines of the ECtHR’s decision in the Dublin III Regulation.

The puzzling question now is: why does the ECJ think that it’s better to stay out of the ECHR after that experience? The challenge to the conception of mutual trust in the Area of Freedom, Security and Justice (AFSJ) could hardly become more severe than it already is. To the contrary: only the accession and a strong co-respondent mechanism provide the possibility that the AFSJ system as a whole – with protagonists from both the supranational and the national levels – can be subject to an external control in whose course the ECtHR examines neither the vertical nor the horizontal division of powers among the EU and its Member States.

Any clause that attempts at a more far-reaching exemption of the AFSJ from the scope of the external control would be a cut-back of existing Strasbourg competences in one of the core areas where fundamental rights protection is most precious – a massive blow for the EU’s credibility vis-à-vis other ECHR parties such as Russia and Turkey which would certainly try to get similar privileges in possible renegotiations.

To put it in a nutshell: the overarching leitmotif of the opinion seems to be the Court’s fear of losing even the slightest bit of influence on how things work in the European Union. Or, to put it more sarcastically: the judges in Luxembourg have only the blue sky over their heads, and they don’t want their colleagues in the Member States to have other courts before them; for the ECJ is a jealous court. As Mattias Wendel rightly concluded, some judges in Karlsruhe, Brno and elsewhere might be delighted to turn the tables on the ECJ at the next possible occasion. And although I highly doubt the Member States’ willingness to tread that path, I cannot but sympathise with the Leonard Besselink’s proposal for political disobedience. 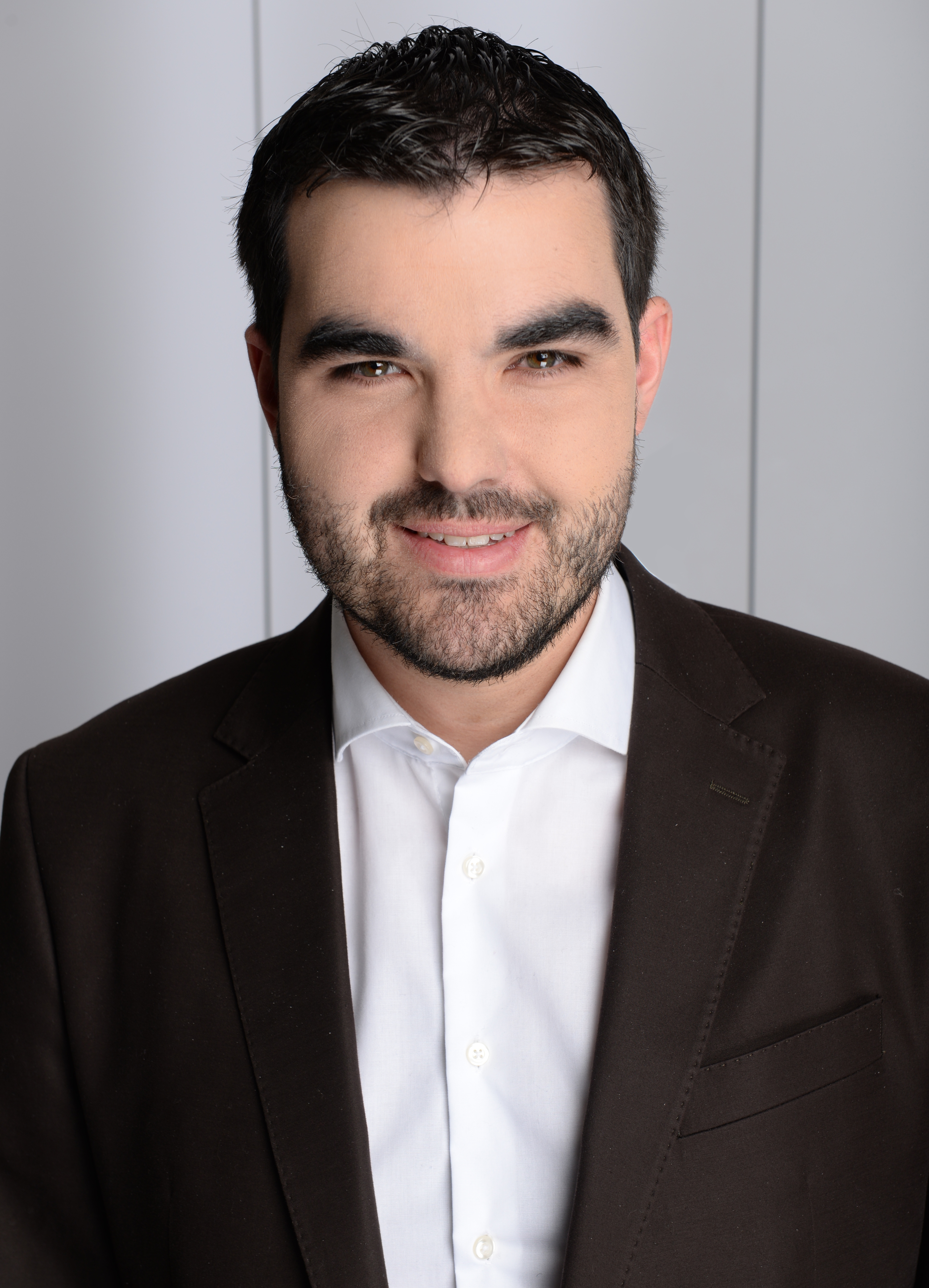 Walther Michl Dr. Walther Michl is a Senior Research Fellow at the Institute of Politics and Public Law at the Law Faculty of the Ludwig Maximilian University in Munich. He currently holds the Chair of Public Law, International Law, European Law and Comparative Law at Bielefeld University. He is an Associate Editor at Verfassungsblog for issues of European Law.
Other posts about this region:
Europa 2 comments Join the discussion
Go to Top