Time to Rewrite the EU Directive on Combating Terrorism

The adoption of EU Directive 2017/541 on combating terrorism in March 2017 has profoundly changed the landscape of European counter-terrorism law. The primary aim of this Directive was to further harmonise the legal framework under which terrorist offences are prosecuted across EU Member States by establishing minimum rules and standards. However, the adverse consequences for the rule of law and human rights have been overlooked from the very outset by the EU institutions. Now, five years after its adoption, it is time for a thorough revision.

The adoption process of the Directive was characterised by long periods of inertia interrupted by phases of panic triggered by external developments. In fact, the European Commission introduced its proposal for the Directive, which builds upon the pre-Lisbon Framework Decision (2002/475/JHA) adopted in the aftermath of 9/11, less than three weeks after the terrorist attacks in Paris in November 2015. Later on, its rushed and opaque finalisation was a political response to the flow of European foreign fighters to the armed conflict in Syria and Iraq. Even though the transnational nature of the foreign fighter phenomenon arguably warrants a pan-European response, from the very outset academics and civil society organisations raised fundamental concerns about the Directive’s potentially adverse rule of law and human rights implications.

As there was no human rights impact assessment during the rushed adoption process, in deviation from both the European Agenda on Security and the Better Regulation Agenda, the Directive ultimately came to include a clause providing for a five-year review. On 18 November 2021, the European Commission submitted a report to the European Parliament and the Council on the implementation of the Directive that assesses the added value of the Directive. The report also claims to address ‘the impact of the Directive on fundamental rights and freedoms, including on non-discrimination, the rule of law, and the level of protection and assistance provided to victims of terrorism’. Such impact assessment is amply warranted and arguably already overdue.

Human Rights Concerns Regarding the Implementation of the Directive

The Commission’s recent report provides a seemingly positive yet largely unsubstantiated assessment of the impact of the Directive. The report finds inter alia that the Directive is ‘overall highly relevant’ and ‘overall internally coherent’, and that it ‘achieved its objectives to a satisfactory extent’ and ‘generated added value’. The Commission’s report claims that ‘while the Directive has had an impact on fundamental rights and freedoms, the limitations largely meet the requirements of necessity and proportionality’. The report also asserts that ‘overall, most stakeholders consulted for the external study did not consider the implementation of the Directive to be problematic from a fundamental rights perspective’. At closer examination, such as the one conducted by the first author of this blog post in his recently approved PhD thesis, these assessments may be too positive.

One of these stakeholders was the EU Fundamental Rights Agency (FRA) which had submitted its own contribution to the Commission as part of the legally required impact assessment of the Directive. The FRA report contains a fairly detailed but primarily empirical rather than legal assessment of the Directive’s human rights implications based on extensive fieldwork, including interviews with experts and practitioners, in seven EU Member States (Belgium, Germany, Greece, Spain, France, Hungary and Sweden). The Commission’s report takes note of the findings of the FRA report but blatantly fails to engage with them. As member of the FRA Scientific Committee that reviews draft versions of FRA reports and publications, and having served as one of the Committee’s two rapporteurs in the matter, the second author of this blog post is well aware of the fact that the Scientific Committee would have wanted the FRA to complement the empirically oriented FRA report with more extensive critical legal analysis of the human rights compatibility of the Directive itself.

The Directive has three key features that have adverse ramifications on the rule of law and human rights: (1) the presence of an overly capacious definition of terrorism that manifestly deviates from UN-level definitions of terrorism (e.g. Security Council Resolution 1566 or the 1999 Terrorism Financing Convention) and from the Council of Europe Convention on the Prevention of Terrorism, (2) the criminalisation of many preparatory acts that may be remote from intrinsically harmful conduct, and (3) the existence of ancillary offences that are also accumulable among each other. While monitoring the implementation of the Directive, the Commission has assessed these features individually but has failed to address how the interplay between these key features exacerbates the adverse human rights implications. For example, there might be pertinent reasons to criminalise ‘travelling abroad for a terrorist purpose’ as a terrorist offence. However, the ‘terrorist purpose’, which constitutes the entire mens rea of this particular offence, is tainted by an overly broad definition of terrorism that also fits poorly with acts committed in situations of armed conflict. For European countries, the three main international legal instruments concerning the foreign (terrorist) fighter phenomenon – UN Security Council Resolution 2178, the Additional Protocol to the Council of Europe Convention on Prevention of Terrorism, and the EU Directive discussed here – all seek to address the same conduct but are mutually incompatible as to whether acts committed in the course of engaging in an armed conflict will be within the scope of application of the instrument. Because of the nebulous definitions contained in the Directive, it is unsurprising that the Commission’s report flags that ‘several national authorities and judges reported difficulties in proving terrorist intent’.

In this matter the Commission’s report fails to address in an adequate fashion the legal uncertainty clouding Recital 37 of the Preamble of the Directive. This provision contains an exclusion clause stipulating that the Directive ‘does not govern the activities of armed forces during periods of armed conflict’. In recent years, EU Member States have predominantly used counter-terrorism law to address the activities of foreign (terrorist) fighters, individuals who have been active in the context of an armed conflict but may or may not have committed actual acts of terrorism. The result has been a further conflation between counter-terrorism law and the laws of war, generally to the detriment of the latter. Taking stock of the Directive’s implementation, and a reform of the Directive itself, would be a perfect moment to provide the necessary clarifications to guide prosecutors and judges at the domestic level. Currently prosecutions related to violent acts committed in the course of an armed conflict abroad may often result in acquittal, simply because the prosecutor’s case rests on specific provisions of the Directive and their national transposition, without paying attention to Recital 37 which then is invoked by the defence to challenge the applicability of terrorism charges in respect of conduct that took place as part of an armed conflict.

The Fragmented Transposition and Implementation of the Directive

Due to these human rights concerns and the political sensitivity of countering terrorism, it is hardly surprising that the implementation of the Directive has been rather troublesome until now. The FRA report affirms that the Directive contains loose definitions that reduce ‘legal clarity’ and result in ‘diverging interpretations of the offences across the EU, as well as conflicting jurisprudence within individual Member States, and reduce the foreseeability of what behaviour is criminalised and under what offence’.

Earlier, in September 2020, the European Commission had released its own report on the transposition of the Directive which made clear that transposition has proved to be particularly challenging regarding Article 3, which requires EU Member states to criminalise certain conduct as terrorist offences and essentially contains the EU definition of terrorism, and regarding Article 9, which contains the offence of travelling abroad for terrorist purposes. As these two provisions have both been indispensable elements of the EU’s legal response to terrorism in recent years, the Commission is concerned that their incorrect transposition risks undermining the uniformity of EU counter-terrorism law. Yet, instead of seeking to address the fundamental concerns that evidently exist among lawmakers and policymakers across numerous EU Member States and in fact point to major flaws in the Directive itself, the Commission decided to use its enforcement powers and has opened infringement procedures against 22 Member States. As Ireland and Denmark decided to opt out of the Directive, this means that infringement procedures have been started against 22 of the 25 Member States that are required to implement the Directive.

While such infringement procedures might help to clarify certain points of law, especially were they to result in a determination by the CJEU, it is high time to have a transparent and constructive legal and political discussion about the flaws of the EU Directive itself now that March 2022 marks five years since its adoption. We understand that the European Parliament’s Committee on Civil Liberties, Justice and Home Affairs (LIBE Committee) will meet in February or March to discuss the Commission’s report on the implementation and added value of the Directive. That would be an excellent occasion to take a critical look at the several legal flaws of the Directive as a reason for its so far marginal ‘added value’, instead of following the rather self-congratulatory approach of the Commission’s report which elliptically concludes that the Directive ‘has functioned and largely achieved its objectives in the way that was expected’. 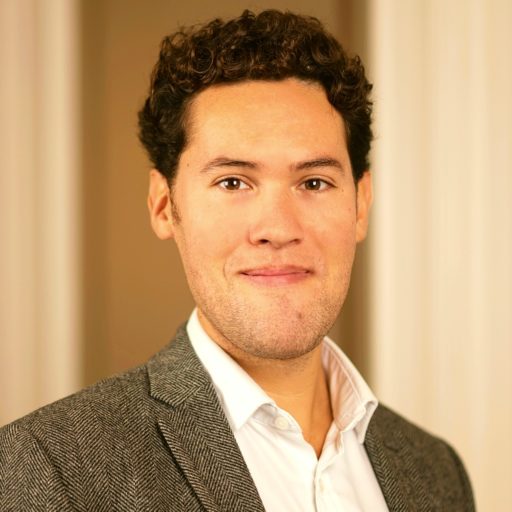