One Year After the Constitutional Court Abortion Ruling in Poland

Just over one year ago, the Constitutional Court (CC) of Poland banned abortion in cases of fetal malformations. The implications of the ruling are much more far-reaching than the actual abortion ban itself since the ruling, by its reasoning, gave green light for further actions limiting abortion laws. While women all over Poland are afraid to get pregnant, the ruling party and fundamentalist organizations take further legislative action to increase punishment for abortion. Step by step Poland is beginning to resemble Gilead Republic, the infamous patriarchal theocracy from Margaret Atwood’s novel „The Handmaid’s Tale“.

One Year After. Abortion in Numbers

The effect of the Polish Constitutional Court banning abortion in cases of fetal malformations is, first and foremost, a practical ban on abortion. Before the CC ruling, doctors in Poland performed 1110 legal abortions in 2019, of which 1074 were for embryopathological reasons (98%). In previous years, the sum of abortions based on the other two premise (threat to the mother’s life and rape) ranged from 22 to 56. This number is only a drop in the ocean of actual abortions. The organization “Abortion without Borders” reports that about 34,000 women from Poland have had abortions since the ruling, thanks to their help. In contrast, the number of births declined – data indicate that over the past 12 months, the fewest children have been born in Poland since the end of the Second World War. Many factors may have affected this result, but the ruling of the CC had an intimidating effect: 57% of Polish women reported  that the ruling reduced their desire to have children. One year after the CC ruling, a total of 52.3% of Poles favor abortion without stating a reason up to the 12th week of pregnancy. It proves that the Polish society does not approve of such a restrictive abortion law and expects its significant liberalization.

Indeed, a large part of society is actively resisting the restrictive stance of the government – mass protests against the tightening of the abortion law spilled across the country after the CC ruling. Pointing to their lacking sense of security, protesting women often used the slogan „dead women don’t give birth”. A year later, the slogan still remains relevant. At the end of October 2021, ten thousands gathered all over Poland to protest against the restrictive abortion law and to express solidarity with a patient who died due to the failure to perform an abortion. The pregnant patient died due to a septic shock after fetal demise because doctors waited with the termination until the fetus had died first – and thereby prioritized the fetus’ protection over the woman’s health.  The doctors justified their action with the new abortion regulations. The case is yet another example that abortion law has a chilling effect on doctors – they were not allowed to terminate the pregnancy because of fetal defects but were only allowed to do so in case the patient’s life is threatened. For doctors, this situation can lead to an end of their career if, for instance, in the case of criminal proceedings, a court concludes that there was no threat to a patient’s life. The safety of pregnant women is no longer guaranteed by law but depends on the doctors‘ heroism.

Even though the situation for women in Poland is already critical, the government’s attitude has become even more restrictive. On 22 September 2021, the Parliament received the so called „Stop Abortion,“ bill,  authored by the “Pro-Life Foundation” (Pro – Prawo do Życia) in cooperation with the fundamentalist organization “Ordo Iuris”. The bill is further proceeding thanks to the overwhelming support of right-wing MPs at this initial stage, which shows the ruling party’s willingness to maintain good relations with fundamentalists.

The project assumes that a child is a human being from conception to adulthood. It removes the abortion bill and equates abortion with murder. In the bill’s justification, the legislators explicitly point out that terminating a pregnancy due to rape or a threat to a woman’s life is unconstitutional. The legislator’s aim is thus a complete abortion ban.

An essential point of this bill is the punishment for termination of pregnancy: the penalty would be 5-25 years of imprisonment or even life imprisonment. Another motivation of the fundamentalist organizations to file the bill was that pregnant women are not criminally responsible for aborting their pregnancies; that is why – according to the planned bill – they would be punished for abortion (including pharmacological abortion). In case a woman was pressured to conduct an abortion, however, courts would be allowed to mitigate the punishment. In the case of miscarriage (failure to take the required precautions), a court could waive the punishment for the woman. However, if a court comes to the conclusion that the abortion was „causing manslaughter of the unborn child,“ the punishment would be from three months to five years imprisonment. In support of the motion, the fundamentalists behind the bill cited Mother Teresa of Calcutta (If a mother can kill her own child, what is left but for us to kill each other?).

The authors also declared that the bill is compliant with European Union Law since, in their opinion, EU law does not regulate the issues covered by the bill in the first place. However, the European Parliament has already passed two resolutions as a response to the abortion ruling. The first claimed that safe access to abortion is a human right, enshrined, among others in the Charter of Fundamental Rights of the European Union, and the second one condemned Poland’s abortion rules.

The Sejm (Lower chamber of Parliament) also received a bill establishing a so called Polish Institute of Family and Demography. The author of the bill is the ruling party, especially MPs engaged in the abortion CC case. The institute would receive more than EUR 6.5 million (PLN 30 million) a year. Its planned area of work includes tackling Poland’s demographic problems, conducting research, and implementing the goals set out in the Demographic Strategy 2040. What is particularly worrying are the powers of the president of the institute who will be able to arbitrarily demand the initiation of proceedings in family matters, as well as participate in pending proceedings with the rights of a public prosecutor, which means that he will have the tools of control and coercion over families.

Not less disturbing are the provisions of the Demographic Strategy 2040 (created in 2021) to increase the fertility of the „Polish nation“. Yet, the Strategy fails to recognize that restrictive abortion laws can be a factor in low fertility. Instead, it stigmatizes women with a non-patriarchal and non-traditional approach to life as being a cause for lower fertility rates. The Strategy, for instance, identifies it as a “problem”, among others, that women are better educated than men, migrate to larger cities much more often than men, prioritize careers, that some of them have too many sexual partners, that some of them are overweight, use contraceptives with possible side effects, marry too late (or not at all) and give birth too late, that they too often give birth by cesarean section and only rarely breastfeed.

At a more fundamental level, the strategy also refers to individualism and the reduction of the influence of community, religious and altruistic values, and the diminishing importance of religious institutions as a problem for society. Likewise, pop culture, which, according to the strategy, does not promote marriage but informal relationships, casual sexual relations, and single parenthood is portrayed as equally problematic. Among the suggested solutions are, next to the prevention of divorces, an increased role of religious entities and church organizations that are to educate on family issues.

Combining such fundamentalist visions of women with an increased role for church organizations is not only dangerous to various individual freedoms but might be even a step toward a religious state, where religious norms become binding norms.

All described actions indicate the increasing role of fundamentalists in Poland and – once again – demonstrate the harsh stance of the ruling party in alliance with the Catholic Church towards reproductive rights.

Indeed, religious fundamentalists have maintained a strong position in the public space, and successfully managed to enter the mainstream and to advertise their interpretation of the Constitution. Organizations such as Ordo Iuris and the Catholic Church use the language of rights, legal arguments, and linguistic manipulation to promote their hierarchy of values.

A year after the ruling of the Constitutional Court, Poland is thus beginning to resemble Gilead Republic, the patriarchal theocracy from Margaret Atwood’s novel „The Handmaid’s Tale“. In more and more areas, the ruling party’s basis for interpreting the law are religious dogmas; fundamentalists use legal tools to impose their vision of the world, depriving women of their subjectivity and reducing their role to an incubator; they are imposing Catholic morality through law. This anti-utopia is playing out now, right before our eyes, and fundamentalists views have become mainstream in Polish politics.

I would like to thank Michał Stambulski for the comments on the draft version of this text. 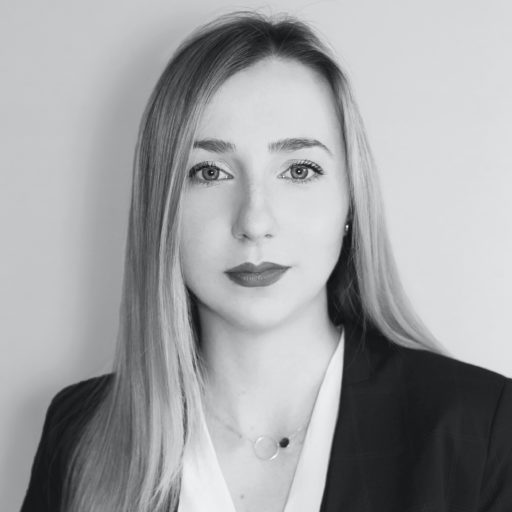