On 18 February the European Parliament (EP) published its first projections for the EP2019-2024 seat allocation. The extensive package of data makes for an interesting read and seems to substantiate the increasingly dominant conventional wisdom. First, long-established political groups are either set to stagnate (European United Left – Nordic Green Left), or shrink (Socialists and Democrats: -6%; European People’s Party: -3%; European Conservatives and Reformists: -2.5%; Greens-European Free Alliance: -0.5%). The only exception to this is the Alliance for Liberals and Democrats in Europe (ALDE), which the EP’s poll predicts will do slightly better (+ 1.5%) – or a lot better if they are eventually to form a joint force with France’s La République En Marche. The resulting framing of ‘bad guys on the rise, but likely to remain on the fringes’ is tempting and dominant. It is more or less what media reports almost constantly give us.

The trouble is that this interpretation is deeply misleading because it does not tell the full story. In fact, the situation is at once more troubling and more hopeful. Here is the troubling news. For those concerned with protecting Article 2 TEU values it is crucial to realise that political parties acting at odds with these values (by the EP’s own measure) are not actually a fringe phenomenon. The EP has adopted resolutions criticising failure to respect Article 2 values that implicate the governments of  Hungary, Poland, Malta, the Czech Republic, Slovakia and Romania. These concern the EPP’s Fidesz (from Hungary), ALDE’s ANO (from the Czech Republic), S&D’s SPD (from Romania), PL (from Malta) and SMER (from Slovakia), and ECR’s PiS (from Poland). That’s all four of the EP’s largest political groups. Moreover, while the political groups that these anti-values parties belong to may be on the decline, the anti-values parties themselves are often actually growing. A crucial point seems to be missing from the debate: parties like these are headed for (a return to) the centre of power in the EP with greater relative weight. Here is the hopeful news. Crunching the same data also reveals that pro-Article 2 TEU MEPs combined are predicted to win 70% of the seats. This opens possibilities for them to prioritise protecting these values by working together, including in new alliances.

The trackers that we have seen to date, including the EP’s, hide these important dimensions in plain sight. We have developed an alternative tracker together with the Civil Liberties Union for Europe (Liberties) to focus discussion on these overlooked risks and opportunities: the #Vote4Values Elections Tracker 2019.

Background: the thinking behind #Vote4Values

The EP is key to maintaining momentum in the EU to develop new tools and apply existing tools to protect Article 2 values. It is also key to the kind of Commission that will be appointed after the elections. Any hope that the EU will use and continue to develop its largely untapped potential to protect Article 2 values after the elections could be dashed if the vote produces an EP and Commission that are unable or unwilling to step in, or worse, if EU institutions are captured by forces inimical to its founding values. And given that anti-values parties at the heart of the largest political groups are set to grow in size, there is a real risk of either capture or paralysis in the next EP when it comes to protecting Article 2. Mainstream political groups have a strong incentive to shield their political family members from criticism – and a track record of doing so. This is only likely to get worse after the elections when their reliance on anti-values MEPs increases. It will be a challenge for the EP to gather a majority to condemn violations of Article 2 values in the future, if the likes of Hungary’s Fidesz, or the Czech Republic’s ANO, or Malta’s PL can count not only on the support of their political group, but probably also the support of the enlarged Europe of Nations and Freedoms (ENF) and Europe of Freedom and Direct Democracy Group (EFDD). The new EP will not be capable of protecting Article 2 values unless the mainstream political groups either strongly discipline or, more effective, kick out their anti-values elements.

Bringing rotten apples to the foreground

But how could one persuade political groups to dump their rotten apples? We think this could be achieved by increasing transparency about the current situation, by educating and empowering voters so they can make informed choices and raise potentially uncomfortable questions of mainstream parties leading to a rethink among all the largest political groups. This is what led to the #Vote4Values: Elections Tracker 2019.

The tracker uses Poll of Polls data from the 27 post-BREXIT Member States to show the predicted distribution of seats. Like the EP predictions, these data are based on the assumption that political groups will continue in the same composition, meaning all mainstream political groups continuing to contain politicians from at least one national party that – again – a majority of the EP has itself criticised for non-compliance with Article 2 values. Crucially, with additional data Poll of Polls helpfully makes a further breakdown by Member State, illustrating how much each of the mainstream groups (almost all in a considerable nosedive) is projected to rely on its anti-values components (who are almost all on the up).

By decoupling the anti-values components called out from that perspective by the EP itself from their mainstream groups (rather than defining and selecting what are “populists” by some other measure, such as done by others), we can glean things that are otherwise hidden in plain sight.

First, at least 70% (!) of politicians projected to be elected in the new EP are associated with parties that are nominally compliant with common values. The relevance of this can hardly be overstated. It means that, mathematically, there is no need for mainstream political groups to rely on their anti-values elements in order to hold power. In most national contexts these numbers would make it relatively easy to form a coalition, and then insist on a composition of the government (in our case: Commission) in that image.

Second, only up to thirty per cent of MEPs could belong to anti-values parties, if we include the ENF, EFDD, those elements of mainstream political groups we have already mentioned, parties entering the EP for the first time like Spain’s Vox, and non-aligned parties like Greece’s Golden Dawn. But, if political groups continue to work with their problematic members, then anti-values parties with mostly inflated numbers, will return to the heart of political power in the EP.

Third, there are multiple possible pro-values coalitions that could be created to achieve a majority, even if the main political groups were to expel their rotten apples. This makes internal discussions in each mainstream group about how to discipline or expel their anti-values components not just a theoretical exercise, but one that is politically viable. If you are going to take a hit politically anyway, but so do your competitors, and you can still garner a majority with these competitors, why not use the occasion to clean your own house and the EP more broadly?  It also opens the door for each of these mainstream groups to make its cooperation with others conditional on also getting rid of their anti-values components. The numbers in the polls show us that there is no reason for political groups to allow their minority of anti-values politicians to keep them hostage. A common values pact is possible within the EP itself too. Everyone willing to toe that line (again) should be welcome.

Fourth, the importance of the exercise is underlined by the fact that, with current predictions, it is also possible for an anti-values coalition to reach a majority. This could happen if anti-values parties, together with new or non-aligned anti-values parties, and the ENF and EFDD, were to join forces with the EPP and ECR. We have seen Conservative-Anti-values coalitions in Austria and Bulgaria. This remains a possibility at the EU level, given that the EPP has not ruled it out. This shows the importance of inquiring with these two mainstream political groups not only about what they intend to do with the anti-values components within their own group, but also whether they would consider working with fully anti-values political groups and others. Is this a mathematical possibility that can be ruled out politically? Why would this option need to be kept open? This is essential information for EU citizens in deciding whom to vote for.

Because the #Vote4Values tracker shows users where anti-values MEPs sit in the EP, and how political groups can create pro-values coalitions, experts, journalists and voters can start asking difficult questions of those running for election. In particular:

If enough people start asking these questions it will, hopefully, in turn provoke debates inside political groups. The  #Vote4Values tracker can be a powerful tool to stimulate such debates and the more the tracker gets out there, the more likely it is to generate discussion among political groups. 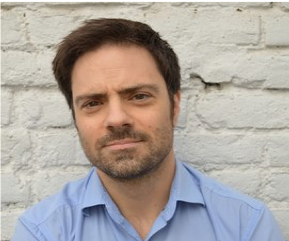