Treating China as a ‘Normal’ Country

In comparative law, it is often said that the law of countries of the East Asian legal family is markedly different from Western conceptions of law. For example, while Western countries prefer a ‘struggle for law’ with winners and losers, in East Asia personal relations and networks are often seen more important. However, there have been some challenges of this position. For example, Bruce Aronson – an expert on Japanese law – suggests that ‘[o]ur perceptions of Japan, related to (…) a preoccupation with cultural explanations, may hinder, rather than aid, careful analysis of Japanese law and its impact on society’; thus, he proposes that we should ‘treat Japan as a ‘normal’ country that has both similarities to and differences with other advanced societies’.1)

An analogous dialectic can be applied to the Chinese Social Credit System. Some observers emphasise its uniqueness, also calling it a ‘great innovation’2), or – from a critical perspective – equating it with an ‘Orwellian nightmare’. Taking the position of Chinese exceptionalism, it may be argued that it would be inappropriate to apply Western notions of virtue or justice (e.g., by Aristotle or Hannah Arendt, see the contribution to this debate by Reijers; or by Rawls, see the contribution to this debate by van’t Klooster).

This blog post – and the corresponding paper on which it is based – suggests that it is preferable to regard it as specific instance of a wider phenomenon. In this respect, China may be considered as a ‘normal country’ that starts experimenting with rating-based forms of governance, as the main section of this post will explain. This position does not imply an uncritical perspective, given that any rating system operates in a regulatory context; reflecting on the question also addressed in the other blog posts of this debate (e.g., by Reijers, van’t Klooster), the final section of this post will suggest that whether or not these systems present a ‘dystopian future’ depends on their regulatory environments.

Variants of Social Credit Systems in Both China and the West

Generally, three versions of the Chinese Social Credit System can be distinguished: China-wide blacklists, compliance scores by pilot cities, and social credit scores by financial institutions. Details are beyond the scope of this blog post, and they also feature in some of the other blog posts of this debate (van’t Klooster). It should also be noted that many of those elements are a moving target. For example, the local schemes are deliberately used to experiment with different forms of ratings, in particular in the input data that may be considered (e.g., whether these mainly include violations of the law or also other behavioural data). As regards the scores by financial institutions, Western observers focus on the Sesame Credit scores which consider not only financial credit records but also, for example, personal information and social relationships; yet, these scores are now about to be incorporated in a scoring system by the People’s Bank of China with the precise scope not yet decided.

In the West, many countries know financial consumer credit scores or ratings, and recent years have also seen a proliferation of rating systems in relation to online platforms and in the ‘sharing economy’, such as eBay, Uber and Airbnb. Recent innovations reflect the availability of novel sources of data. A subject’s use of social media or indeed of sharing economy sites can, for instance, be used as a proxy for creditworthiness. Thus, an Australian scheme for alternative (and significantly cheaper) deposits on rented properties, Trustbond, makes use of both types of data; a Singapore-based lender, Lenddo, claims to use ‘non-traditional data…to economically empower the emerging middle class’, which includes various social media sources; and a US firm, Tala, operates in developing nations in Africa and Asia, claims to utilise up to 10,000 ‘data points’ such as social media and smartphone use, in order to create a new type of credit score to the advantage of lower-income customers. There have also been forms of aggregation: for example, Traity (a former partner of Trustbond) explains its role as assisting users to ‘gather … reputation from different data sources so that [they] can control it, own it, and leverage [it]’.

Comparing China and the West, some specific parallels can also be identified. For example, as part of the Social Credit System, China uses blacklists of persons who have violated the law in order to exclude them with the help of data sharing from many aspects of social life. This may be related to the use of background checks and ‘no-fly lists’ in the US3); or that in Israel, codes (based on various data) are assigned to passengers as part of a distinctive ‘risk-based’ security system.4) In many countries, criminal records and details of insolvent debtors are also collected and may be shared more or less widely in a number of European states. And even in respect of private sector services (e.g. in the sharing economy), a poor reputation can exclude individuals from these emerging markets, with far-reaching consequences for their financial position and their participation in certain aspects of urban life.

It can also be shown that the design and regulation of today’s rating systems are already clear examples of policy diffusion. The Chinese system partly derives from its Western counterparts: the financial credit scoring systems of Western countries have been an explicit source of influence5), and tools such as the Sesame Credit scores may be seen as an example of the ‘gamification’ of rating systems in recent time. In return, the growing global influence of China can mean that the Social Credit System may well be a regulatory tool which could inspire the West: it may show that China now ‘appears to have ascended to the position of principal global driving force in political theory and action’, with ‘the potential to change law and government as we know them in China and beyond’.6)

Will China’s Social Credit System lead the way to a dystopian future? Our answer is that this very much depends on the way the Chinese models as well its Western counterparts evolve. Then, a number of related questions emerge. For example, could there be mixtures between the Chinese and Western models? If reputation and rating systems consolidate in Western markets in a similar fashion, what opportunities, features, controversies, and pitfalls will arise? And how could lawmakers intervene if this happens?

Crucially, any assessment also depends on the legal and regulatory tools that states will adopt. Thus, by contrast to the binary distinction suggested in the blog post by Reijers, we take the position here that it is these tools which determine whether it may be rather seen as a form of ‘digital republic’ or ‘digital dictatorship’. Technically speaking, any such regulatory tools either be implemented through the introduction of a new regulatory regime or the application of general requirements to a particular context. It may also be unlikely that there will be a single ‘law on ratings’ given the relevance of many overlapping policy considerations and corresponding fields of law, such as e-commerce law, privacy and data protection law, anti-discrimination law, tort law, competition law, sector specific regulation on financial services etc. However, the growing interest in the regulation of powerful ‘platforms’, as seen in the recent work of the European Commission, may indicate the type of approach likely to be favoured in the coming years. 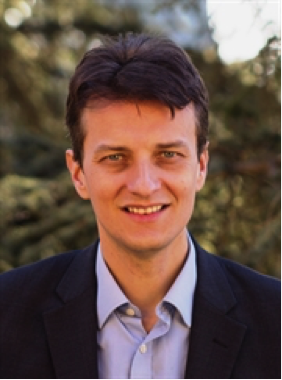 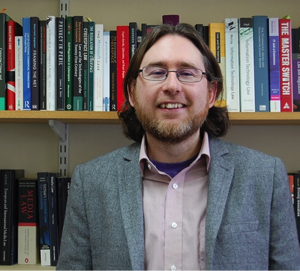