Two Become One? On the Civil–Military Amalgamation of the CSDP

Stories on the civil–military interface in the EU’s Common Security and Defence Policy (CSDP) rarely have a happy ending. They tell us that bureaucratic efficiency and operational effectiveness could be enhanced if the civil and military branches of EU security and defence were better streamlined. This blogpost challenges this negative narrative and argues that a significant civil–military nexus—that is the interconnectedness of civilian and military elements in the CSDP—has already materialized. To substantiate this claim, the analysis first casts light on the civil–military connection from a conceptual and operational perspective; it then traces the institutional development and addresses ensuing governance questions; a final section provides a brief outlook.

In the early days of EU security and defence, the issue of civil–military connectedness played only a marginal role. When the CSDP was launched in 1999 and its bureaucratic structures established in the early 2000s, security-related external action was conceived to belong to two complementary, but undoubtedly distinct spheres—namely a military and a civilian one. Accordingly, soldiers were to fight and win battles, whereas civilian personnel was to make peace last by taking care of an array of ancillary non-military activities, such as rule of law reforms or police training. Indicative of this mind-set were the 2003–04 parallel—that is not interlinked—deployments to Bosnia of a civilian police mission (EUPM) along a military operation (EUFOR Althea).

Crisis management realities, however, quickly revealed that the mere simultaneous presence of civilian and military units on the ground was insufficient to tackle multi-factorial crises and new security threats. Hence, the idea of improved civil–military co-ordination at EU level gained traction, leading in 2003 to the adoption of the first concept for civil–military co-ordination (CMCO) in CSDP; this complemented the previously endorsed concept for civil–military cooperation (CIMIC). While the latter—CIMIC—had addressed the external interface of civilian and military actors on the ground with a view to ensuring force protection, the former—CMCO—related to internal processes, that is joint planning and implementation of civilian and military crisis management measures. Under the heading ‘comprehensive approach to crisis management’, the CMCO called for a ‘culture of co-ordination’, which was to permeate the entire crisis management cycle to allow for an efficient use of the EU’s large civil–military toolbox. This comprehensive approach was and still is put in practice at the Horn of Africa, where joint civil–military CSDP efforts are carried out. In line with the 2012 Strategic Framework for the Horn of Africa, the naval anti-piracy operation EU NAVFOR Atalanta is complemented both by a land-based military training mission (EUTM) and a civilian capacity-building mission (EUCAP). The rationale behind this combined deployment is the realization of a security–development nexus, according to which long-term success against piracy at sea will crucially depend on complementary capacity building at land.

Far beyond the Horn of Africa engagement, the security–development nexus has had a significant impact on the CSDP. Conceiving of security and development as two intrinsically linked components of successful peacebuilding has effectively stirred the progressive convergence of the civilian and military branches of the CSDP, not to say their hybridisation. Indicative hereof is the growing number of civilian missions focussing on security sector reform, law enforcement training, and military capacity building, along with the significant number of ‘civilian’ tasks increasingly inserted into the mandates of military operations (e.g. training, consulting, or capacity-building).

Importantly, the operational hybridisation of CSDP endeavours has been accompanied by a conceptual shift: the comprehensive approach to crisis management of 2003 was replaced by the integrated approach in early 2018. This integrated approach is not limited to CSDP activities, but extends to cross-policy cooperation and co-ordination. The objective is to better align instruments from different external policies, particularly security and defence, development, and the Area of Freedom, Security and Justice (AFSJ). In the past, this broader civil–military nexus has, however, not always worked out smoothly. The operational overlap of CSDP deployments and security-related AFSJ activities led to several judicial proceedings before the Luxembourg Court—namely the Mauritius (2014) and Tanzania (2016) cases—opposing the Council and the European Parliament.

Regarding to the civil–military nexus, we can thus witness a gradual conceptual convergence coupled with an operational hybridisation of the civilian and military dimension of the CSDP. In other words, the initially clear lines between ‘civilian’ and ‘military’ have been blurred over time, leaving us with a conceptually and operationally ‘integrated’ CSDP—except for combat activities.

But what about the materialization of the civil–military nexus in the institutional framework of EU security and defence? As previously mentioned, the CSDP was established on the presumption of a civil–military dichotomy. More accurately, the CSDP framework was crafted by and for the military and was, hence, modelled on military patterns in terms of procedures and institutions; the non-military—that is civilian—dimension was actually only added to the CSDP in the early 2000s due to Scandinavian advocacy. It is therefore not astonishing that civilian and military crisis management structures differ, until today, in their institutional settings, their planning processes, their control and command mechanisms, and their recruitment and operational doctrine.

However, this dichotomous or ‘flawed by design’ civil–military organization has been progressively attenuated by the creation of what could be labelled as ‘liaison structures’. A first step in this direction was taken in 2005, when Member States decided to put in place a Civil–Military Cell to enhance (strategic) planning capacities, including for joint civil–military activities. Interestingly, the said cell was annexed to an existing military body, namely the European Union Military Staff (EUMS). This military anchorage would, obviously, constitute a major impediment in the cell’s ability to change or improve civil–military interaction at a politico-strategic level.

In an attempt to overcome the persistent civil–military division regarding strategic planning, a major institutional overhaul occurred in 2009. In the wake of the Lisbon Treaty and the scheduled creation of the European External Action Service (EEAS), a merger of existing military and civilian planning structures of the Council Secretariat (namely DG XIII for Defence Issues and DG IX for Civilian Crisis Management) took place. The fusion resulted in the establishment of the Crisis Management and Planning Directorate (CMPD), which was later integrated into the EEAS. Since the creation of the CMPD, civilian and military staff has jointly drawn up the first planning document of any CSDP activity, namely the Crisis Management Concept, upon which additional planning and implementation details are based. But as the CMPD counts more military than civilian personnel, a possible ‘militarization’ of CSDP planning has been deplored.

Civil–military institutional interaction at the operational level has been improved only recently. In 2017 occurred the overdue creation of a permanent Operations Headquarters for non-executive military operations, namelythe Military Planning and Conduct Capability (MPCC)—mirroring the structure of its civilian counterpart, the Civilian Planning and Conduct Capability (CPCC). Simultaneously, the establishment of a Joint Support Coordination Cell (JSCC) between the MPCC and the CPCC was initiated, marking the latest development in civil–military institutional rapprochement.

To sum up, the operational civil–military nexus has, on the institutional plane, induced a progressive recalibration of the civilian and military institutional setup, not least through the establishment of liaison entities at the politico-strategic and operational crisis management levels. This, in turn, has improved joint planning and implementation. Nonetheless, the steering of activities on the ground is still done along two separate lines of command and control in the absence of a permanent civil–military Operations Headquarters. What is more, actors have not necessarily adapted (their cultures) to the new environment. It is true that, until today, ‘civilians’, on the one hand, and military staff, on the other hand, hardly talk to each other in their daily business—greetings exchanged on the narrow corridors and the sous-terrain cafeteria of the building in the Avenue de Cortenbergh excepted. In other words, a substantial civil–military nexus has emerged out of strategic considerations and practical necessity, without the involved actors necessarily being aware of or delighted by this development.

Governance implications of the amalgamation of CSDP branches

The existence of a close civil–military connection on the conceptual, operational, and, to a certain degree, institutional plane raises governance questions, not to say governance problems. According to primary law (in particular Article 24 TEU), the intergovernmental CSDP is different from all other Union policies in that it is executive business without legislative or judicial interference: the Council features in the lead role, while the European Parliament and the European Court of Justice are largely absent from the scene.

However, law and practice diverge, at least when it comes to civilian crisis management. In-depth research shows that several EU players—notably the European Parliament, the European Court of Justice, the European Ombudsman, and the European Court of Auditors—have through practice substantially increased parliamentary scrutiny, judicial review, and administrative oversight in civilian CSDP. In addition, the civilian crisis management structures themselves have modified internal processes and institutional arrangements. Consequently, the de jure deficient governance scheme regarding the civilian branch of the CSDP has, to a significant extent, been counterbalanced by practice. (It is worth adding that this means that checks and balances for civilian CSDP are stronger at EU than at Member State level, and that individuals have de facto better—even though not perfect— redress options at the supranational level.) However, the same does not hold true for the military dimension of the CSDP, which still operates according to the codified executive governance paradigm.

In other words, the emergence of a civil–military nexus has not yet altered the applicable governance regimes. But can this civil–military governance distinction be justified and maintained considering that the initial civil–military dichotomy has largely ceased to exist at the conceptual and operational level and has, in addition, been attenuated on the institutional plane? My guess is that different governance and accountability schemes will continue to apply to the civilian and military CSDP branches as long as financial arrangements remain unchanged. In line with Article 41(1)–(2) TEU, both administrative expenditure and operating expenditure of civilian crisis management is charged to the Union budget. For civilian missions, this does not only mean that the European Parliament has a say over the expenses, but also that financial rules apply which, in turn, implies adjudication of financial issues by the Luxembourg Court and oversight by the European Court of Auditors. Military operations, on the other hand, are financed through national budgets. Therefore, more political or administrative oversight at EU level for military activities is out of sight if Member States carry on bearing the costs.

Civil–military interaction beyond the CSDP

It is absolutely certain that civil–military interaction will remain highly relevant concerning not least border control, cyber, or maritime security. Yet, much of the future development of the civil–military nexus in CSDP will depend on political will—the will to overcome institutional divisions, to bridge financial differences, or to develop a long-term vision. What is more, sufficient political impetus will be necessary to respond to the pressing need for improved civil–military interaction beyond the CSDP, in particular as regards activities in the policy field of the Area of Freedom, Security and Justice (AFSJ). The good news is that there have been considerable improvements regarding CSDP-AFSJ co-ordination and cooperation. Telling in this regard are the concerted CSDP-AFSJ border security and migration control activities in the Mediterranean Sea. The naval operation EU NAVFOR Sophia and the civilian mission EUBAM Libya, on the one hand, and Frontex and Europol, on the other hand, jointly combat illegal border crossing by smugglers—and migrants—regardless of their CSDP or AFSJ affiliation. This arrangement shows that political will can help to ease long-standing co-ordination bottlenecks at the operational level and to overcome even entrenched turf wars at the institutional level. 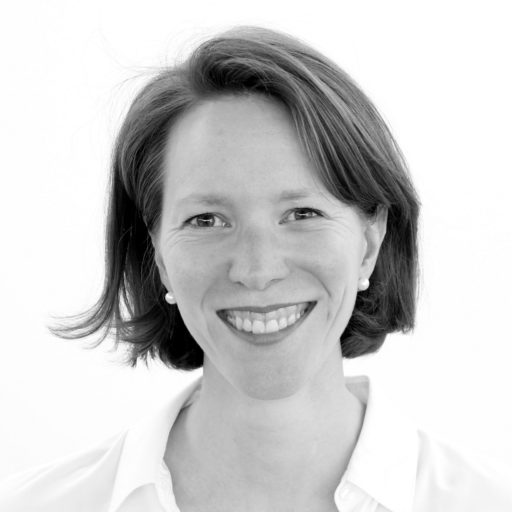