The epic story of the confrontation between the Italian Constitutional Court (ICC) and the European Court of Justice (ECJ) that has become known under name Taricco has come to an end at last – somewhat different than expected, but nevertheless. On May 31 the ICC has handed down its final judgment. The hatchet between the Courts is buried. But the way it was done by the ICC is by no means conciliatory.

A quick refresh. In Taricco I in 2015, the ECJ found that the Italian criminal law provisions establishing narrow limitation periods were liable to have an adverse effect on the fulfilment of the Member States’ obligations under Article 325 TFEU to protect the financial interests of the European Union by adopting effective and dissuasive penalties. Accordingly, in the so-called Taricco rule the ECJ required domestic courts to disapply the said provisions when two conditions are met: Firstly, on the basis of Article 325(1) TFEU, when the prosecution of serious VAT frauds would otherwise be time-barred in a significant number of cases. Secondly, on the basis of Article 325(2) TFEU (the so-called assimilation principle), when the limitation period is shorter than that established by domestic law for analogous cases of fraud affecting the Member State.

This resulted in a particular constitutional problem for the ICC. In Italian law, the statute of limitations is considered substantive law. Hence, according to the ICC in its subsequent preliminary request (as analysed here on this blog), the Taricco rule violated the principle of legality enshrined in Article 25 (2) of the Italian Constitution and under two aspects: Firstly, the requirements of a “serious fraud” and “a significant number of cases” were too uncertain for a criminal law provision that had to be defined by primary legislation; and in any case the task of pursuing objectives of criminal policy cannot be attributed to a judge without hindering Article 101(2) of the Constitution. Secondly, the Taricco rule would give way to retro-actively sentence people for criminal offenses that were committed before the Taricco I decision was given (8 September 2015), diametrically opposing the principle of legality.

In the Taricco II ruling (M.A.S. and M.B.) that followed in December 2017, the ECJ showed itself conciliatory. It acknowledged that Taricco I cannot be applied onto facts that happened before the publication of the Tarico I decision (8 September 2015). It further emphasized the principle of legality as part of the common constitutional traditions of Member States as enshrined in Article 49 of the EU Charter and ruled that it was for the national judges to decide when the application of the Taricco rule would result in legal uncertainty.

Now, we predicted that the Taricco II ruling would be welcomed and promptly enforced by the ICC despite its argumentative weakness . That was not the case. While the ICC probably welcomed the ECJ decision, the latter has not been enforced as could have been expected.

More precisely, in its latest judgment (No 115/2018; here the press release in English and here our more extended comment in Italian) the ICC, in light of the clarification provided by M.A.S. and M.B., the Constitutional Court considered that all questions raised by the referring courts were unfounded, because the Taricco rule was to be held inapplicable in the cases before them.

The ICC acknowledged what the ECJ “specified” in M.A.S. and M.B. judgment, i.e. that the Taricco rule is not applicable to facts before the publication of the Taricco I ruling and is thus not applicable in the proceedings pending before the referring judges. Indeed, in both cases, the facts occurred prior to 8 September 2015, so that Articles 160(3) and 161(2) of the Criminal Code could be applied and consequently, the relevant crimes were time barred.

Jusqu’ici tout va bien (so far, so good), to quote the final scene of one of the most impressing movies of the last century. But, as will be shown below, the ICC went far beyond this simple reason not to apply Taricco.

The Language of Constitutional Traditions Lost in Translation?

Before looking at the second (and troubling) part of the judgment, it is worth remembering that in M.A.S. and M.B. the above mentioned “specification” of the Taricco rule was much more than that. It effectively signaled a radical change: by placing such emphasis on the national constitutional traditions that found their way into Article 49 of the EU Charter, it offered a terminological shift from the rather patriotic constitutional identity “to the more pluralistic constitutional traditions”, the latter being tolerant by design. Immediately after the M.A.S. and M.B. judgment, scholars proclaimed that the reasoning of the ECJ reveals a new season of cooperative constitutionalism in Europe, thanks also to the assist of the ICC with its request of primary ruling (with Order No 24/2017).

In truth, the ICC and the ECJ in many respects (continue to) use their own language. The ECJ formally seems to follow the reasoning of the ICC, but in drawing the consequences it takes for granted, it departs from the approach endorsed by the Luxembourg Judges and ultimately denies the direct effect of Article 325 TFEU.

Although it will be conceded that, contrary to what the ECJ held in Taricco I (para 51) and in M.A.S. and M.B. (para 38), the provision cannot be considered sufficiently clear, precise and unconditional, the ICC seems to go beyond its competences. It is not the task of the ICC to declare which EU provisions have direct effect.

It is true that the ICC formally acknowledges that pertains to the ECJ alone to interpret uniformly EU law, and to specify whether it is endowed with direct effect (para 12), but de facto it openly contradicts the above-mentioned passages of the Grand Chamber judgments by stating that Article 325(1) and (2), and the standard affirmed in Taricco I, fail to respect the (national) requirement that the rules of criminal law must be precisely determined (para 11).

Independently of whether the crimes were committed before or after 8 September 2015, the ICC considers that the degree of precision postulated by Article 25(2) of the Italian Constitution precludes the application of the Taricco rule, even as clarified in M.A.S. and M.B.

As to Article 325 TFEU, the ICC states that it is “even intuitive” that the Taricco rule cannot be extrapolated from such a provision (para 12). It adds that although it is true that even the clearest of laws demands a systematic interpretation, in civil law countries like Italy individuals must be capable of foreseeing the consequences of their conduct, which implies that such choices are substantiated in legislative texts (para 11).

The reasoning of the ICC relating to the precision of Article 325(2) TFEU is also troubling. As suggested in literature, in order to guarantee the principle of assimilation prescribed by Article 325(2) TFEU, it could be possible to apply – with no major interpretative qualms – the (corresponding) domestic regime applicable to frauds against the national financial interests.

However, the ICC strongly rejects this interpretative solution. Most notably, it affirms that even if the principle of assimilation did not imply an analogic reasoning at the expense of the individual and could thus allow the criminal judge to carry out an assessment where there is an acceptable margins of discretion, the prospected solution would not find a sufficiently precise legal base in Article 325 TFUE, from which an individual could not have derived – nor could s/he derive today – the contours of the Taricco rule (para 13).

The ICC, in order to end the saga, could have just acknowledged the “clarification” of the ECJ and say that the facts of the cases happened before Taricco I. Why then did it feel the need to clarify with such emphasis its view on the radical contrast of the Italian Constitution with the Taricco rule?

This has a lot to do not only with the vertical relationship with the ECJ but also with the horizontal relationship with common judges. More precisely, our impression is that the ICC is wondering whether the alliance and the complicity between the ECJ and the national judges may risk, as a constitutional Judge in his academic capacity stated, to erode the role and power of the ICC in a system of centralized constitutional adjudication.

Although the ECJ has never clarified in M.A.S. and M.B. which judge (the Constitutional Court or the common judges) has to verify the compatibility of the Taricco rule with the principle of legality, the ICC rules that it has an exclusive competence to carry out this control, since a supreme principle of the Italian constitutional order is at stake (para 8).

Where the national law is in double contrast with the rights enshrined both in the Italian Constitution and in the EU Charter, the ICC requires national judges to raise the question of constitutionality instead of referring to the ECJ (Judgment No 269/2017, obiter dictum para 5.2). In a way, this is a message to the national judges, who should think twice before bypassing the ICC in the attempt to foster their privileged communication channel with the ECJ.

More precisely, it is a message that, read together with the most recent judgment, seems to be addressed to the Italian Court of Cassation, the court of last resort in Italy. There is a growing emerging battle between the two Courts in the field of multi-level protection of fundamental rights. In fact, the Court of Cassation seems reluctant to raise, as requested by the ICC, the question of constitutionality.

On the one hand, the Court of Cassation, with the Order No 3831/2018, obeyed the request of the ICC and raised the question of constitutionality first, but, at the same time, pointed out a series of systemic problems which could derive from the application of such request. On the other hand, in another judgment (No 13678/2018), it totally neglected the ICC’s request to raise first of all the question of constitutionality before the ICC, and requested directly a preliminary ruling to the ECJ.

But, even more problematically from the ICC’s point of view, the Court of Cassation applies the Taricco rule as interpreted in M.A.S. and M.B. (Judgment No 9494/2018). The only way for the ICC to prevent other national judges from following the approach of the Highest Court, was to add that, regardless of when the facts occurred, the Taricco rule cannot be applied because it is incompatible with the principle of certainty of the law in criminal matters enshrined in Article 25(2) of the Constitution.

Is the Decision a Formal Affirmation of the Counter-limits Doctrine?

By the counter-limits doctrine (that dates back to the 1973 ICC judgment in Frontini), the ICC reserved itself the competence to call into question the application of EU law when it comes to measures that are likely to affect the supreme principles of the constitutional order. But in this case, the counter-limits doctrine does not apply, because, according to the ICC, the same conclusion would have been reached by the ECJ. This means, consequently – always according to the ICC – that the Taricco rule is in contrast not only with the Italian Constitution but also with the European Union legal order and such convergence excludes, in substance, the possibility to enforce the counter-limits doctrine (para 14 of the judgment under analysis).

Speaking about counter-limits ascertained but not activated would perhaps be too much in this instance, but it would nevertheless be interesting to know what the ECJ thinks about the ICC’s reading of M.A.S. and M.B., and it cannot be excluded this will happen shortly.

To end on a positive note, the language of common constitutional traditions chosen by the ECJ in M.A.S. and M.B. avoided, at least on this occasion, the final clash between the two legal orders – which, however, is maybe just postponed. 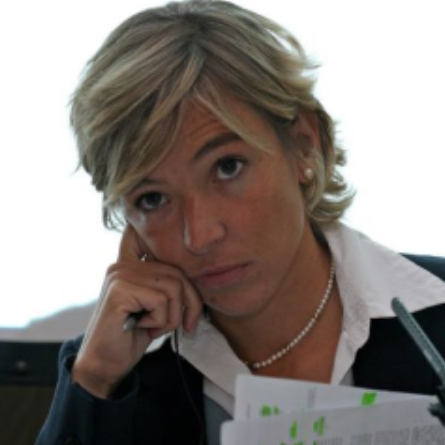