“Yes, you can… but only if you’re quiet”

The UK’s plans to silence ‘noisy’ and ‘annoying’ protest in the Police, Crime, Sentencing, and Courts Bill 2021

Every once in a while, political events either take on a life of their own, out of the hands of those introducing or seeking to control them, or appear to be so unbelievably timely as if scripted by a poor drama undergraduate. The changes that are planned to public order law – in effect the ‘law of protest’ – in England and Wales by the Conservative Government satisfy both.

The changes in the Police, Crime, Sentencing and Courts Bill were first introduced into Parliament – the first time MPs set their eyes on them – on Tuesday 9 March. They came back before MPs again, for the 2nd reading – the main Parliamentary debate on the floor of the House of Commons – on Monday and Tuesday this week, 15-16 March. In the interim, the media has shown scenes of strong, forceful policing in London at the ‘Reclaim the Night’ vigil to mark the murder of Sarah Everard last week, who was killed while walking home. Media images have gone around the world so most will be aware that a peaceful vigil – attended by many hundreds – ended with officers wading in, making arrests, using batons and indeed actually trampling on the flowers and signs laid in her memory. MPs will have had a week, at best, to scrutinise the provisions. It is a massive Bill, covering a portmanteau of topics. Among its 307 pages and 176 clauses (which will become sections if it is passed), the public order provisions number just ten pages and seven clauses, clauses 54-60.

Those public order provisions have the capacity drastically to re-orientate the relationship between citizen and state in favour of the latter. The Bill takes little or no account of the important role protest plays in a free society – as a safety valve, as a means to seek change, or simply as collective expressions of solidarity or grief, as we saw in London last weekend. As former Prime Minister Teresa May, certainly not known as a soft liberal, put it during the debate on the Bill on Monday: „freedom of speech is an important right in our democracy, however annoying or uncomfortable that might sometimes be. I know that there will be people who will have seen scenes of protests and asked, “Why aren’t the Government doing something?” The answer, in many cases, may simply be that we live in a democratic, free society.“

I argue that the Bill is unbalanced, unnecessary – in that many of its planned changes seek to plug non-existent gaps – and unprincipled.

The policing of protests in the UK involves a mish-mash of powers. Some are straightforwardly criminal – arrests for offences such as obstructing the highway without reasonable excuse – while some are more administrative, such as the power to impose conditions on both marches and static assemblies. Most are to be found in statutes, passed by Parliament, while a few powers – powers to prevent a breach of the peace – are found in judge-made common law. Protests, of course, come in many different forms and the law, and policing, need to respond to both large scale ‘traditional’ marches and acts of non-violent direct action such as lock-ons and sit-ins.

The UK has witnessed two main forms of protest in the past year. First have been Extinction Rebellion (XR) disruptions springing up across many cities, but mostly in London; second has been various Black Lives Matter (BLM) protests, especially those directed at pulling down statues that connect back to slavery but do not acknowledge it. The mood music has been police publicly proclaiming their impotence at dealing with either – the Metropolitan Police lost a High Court challenge to its policing of the XR protests across London in October 2019 – and a populist political bandwagon to be jumped upon, tapping in to public disquiet, actual or constructed, at the threats to “rewrite British history” that pulling down statues is said to embody.

The proposals in outline

These proposals are the first major changes planned to public order legislation since 1986 when the current legislation, the Public Order Act 1986 (POA), was passed. Major features of the Bill include:

It is not all one way – in 1998, Parliament, under a Labour Government, passed the Human Rights Act to give domestic effect to the ECHR, and thus to Article 11. That was very welcome, of course, and marked a sea-change in both judicial and political approaches to how they conceive and protect protesters. It is though the only positive legislative change of any substance since 1936. Every other intervention by the legislature has empowered the police and reduced the rights of citizens. It is thus, though this remains a valid criticism, no surprise that there is no sense of a requirement that officers act proportionately – necessity is the touchstone for policing decisions and intervention an (obviously) much lesser threshold. To some extent, that problem is ameliorated by the presence of the notion of ‘proportionality’ infused within human rights jurisprudence and thus through the Human Rights Act. Courts are, and will be, perfectly well attuned to “reading” police powers through that lens, irrespective of the statutory wording. That said, it would have been a welcome sign that Parliament recognised its importance by positive reference in this Bill.

Second, it is hard to see what is driving the change – either collectively as a set of proposals en masse, or individually. With what the problem or social ‘ill’ are these powers needed to deal? We do not know. There was, unusually, no Green or even White Paper preceded the Bill – setting out the policy proposals with explanations and rationales, along with which alternatives that may have been rejected. All we had were media briefings in November floating possible changes – not all of which have made their way into this Bill – and, very strangely, an independent Police Inspectorate report published the day after the Bill. What had irritated the police was losing the High Court XR case, making it impossible, they said, to police, where large numbers of protests spring up all over London. Commentators therefore assumed this Bill would rectify that, allowing one officer to impose directions centrally rather than – as the Court required – at each separate site. Nothing in the Bill covers this… so why is it being proposed?

The real problem of this Bill is less the specifics of new offences introduced or new powers to impose conditions. This is true, generally, of all such expansions of policing power – and not solely in the realm of public order policing. It is this. The real risks and threats come not from the expansion in the law but through the greater, subliminal expansion in informal policing – bargaining in the shadow of the law, and claim-making that goes on under conditions of inequality of knowledge and (for many) presumptions of and acquiescence in power – “they wouldn’t be asking us to move on if they didn’t have the authority”. It is, in short, the greater room that it affords police officers, to make demands that may or may not be lawful. The fact that protesters might well be able to challenge these in court some months later will not avail them at the time to make their political demands known.

A related problem we see when we consider the widely framed changes is the alliance of general preventive powers with an expansion of discretion. The addition of obstructing vehicles going into or leaving Parliament is a case in point. Unlike the existing two activities – sleeping overnight or playing amplified music – blocking a car does not involve or require any equipment, making it much easier to arouse an officer’s ‘reasonable suspicion’ thus to trigger enforcement powers.

All that said, it must be abundantly clear that introducing restrictions upon “noisy” protests – some, not all it must be noted, provided they are of a sufficient volume or duration as to cause serious disruption or have a significant impact –  marks quite an expansion of policing power, what we might in fact typify as an existential threat to protest, so closely entangled are protests with noise. While some silent vigils have been held, and some more have taken place primarily with protesters communicating through placards, it is hard really to think of many causes and of many protesters who would willingly give up their right to make a noise, and to be noisy. The worry then is that if the Government is able to persuade Parliament to pass this Bill in this form, most others will lose their ability in future to persuade anyone of anything, and that is a loss to us all, from which we might never recover. 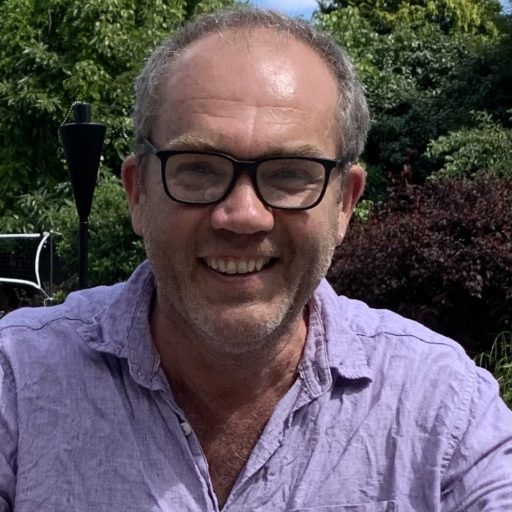