Just a fortnight before the resignation of Prime Minister Boris Johnson, on 22 June, the UK Government published the draft Bill of Rights Bill (the Bill), currently before the House of Commons. This Bill seeks to repeal and amend the 1998 Human Rights Act (HRA) which incorporated the European Convention of Human Rights (ECHR) into UK law (section 1(1) of the Bill). The introduction of this Act was part of the Conservative Party’s manifesto, Dominic Raab claiming that the Bill would strengthen the UK tradition on fundamental rights.

This blogpost demonstrates that, although its introduction is grounded in the motto ‘Let’s take back control’, in reality the Bill negatively impacts on the UK’s position within the Council of Europe and more generally in the international arena. Other recent policies adopted in the UK have the same effect. The Bill is an expression of a broader trend emerging in UK policies to unilaterally amend (or even avoid) international law commitments. As I will illustrate, individuals and the rule of law, a value whose prominence in the UK legal order cannot be overstated, are ultimately footing the bill for the unstable commitments to international law obligations of the UK Government.

The Bill of Rights Bill: an overview

The Bill of Rights Bill is an instrument of continuity and rupture. As observed by Mark Elliot, an element of continuity is the principle already included in the HRA that UK courts do not have the power to strike down legislation incompatible with the ECHR rights incorporated in the UK legal order. Courts may nevertheless issue declarations of incompatibility (sections 7 and 10). Alice Donald also notes that, in principle, the Bill preserves the obligation of public authorities to act in compliance with the ECHR rights, unless demanded to do otherwise by the Parliament. Yet several innovations introduced by the Bill question the very compatibility of this instrument with the ECHR.

To begin, the Bill states that courts must give “the greatest possible weight that […] decisions about how a […] balance [between policy aims, Conventions rights, Convention rights of different persons or a combination of thereof] should be struck are properly made by Parliament” (section 7(2)(b)). One may therefore wonder whether doctrines such as rationality and proportionality, which have been historically used to verify the soundness of administrative measures in the light of the HRA, could still find application under the Bill. UK courts would be significantly prevented from exercising a form of checks and balances over public authorities’ actions finding their source in parliamentary acts. Such an interpretation may be contrary to the rule of law principle on the accountability of the Government and the principle of proportionality developed by the ECtHR.

Moreover, the Bill sets out the interpretation to be given by UK courts regarding ECHR rights and concepts, such as the right to family life and the notion of ‘public authority’ (Article 8 ECHR). However, the interpretations laid down in the Bill may be at odds with ECtHR case law, such as Maslov v. Austria on the right to family and Libert v. France on the concept of ‘public authority’. Although the UK Supreme Court (UKSC) may respect its precedents which previously implemented ECHR decisions, the Bill opens the gate for interpretation of the ECHR rights which diverge from that offered by the Strasbourg court (see section 3(3)(b)). The UKSC reading of ECHR rights may, in principle, be more encompassing than those provided by the Strasbourg court (section 3(3)(a)). However, this seems unlikely, with a consequent tangible risk of a reduced protection of fundamental rights.

Section 3(2)(a) of the Bill provides the interpretative duty for UK courts to give prevalence to the wording of ECHR provisions when interpreting ECHR rights. This requirement seemingly disregards the jurisdiction of the ECtHR to interpret ECHR rights (Article 32 ECHR). Furthermore, this clause may ultimately exclude from the scope of the ECHR those entitlements which were identified through judicial reasoning and interpretation in the ECtHR case law and that are not expressly provided for under the ECHR text. These include, among others, the right to non-discrimination for trans-gender workers, the freedom of expression and association of LGBTI persons, and the right to a fair trial for legal entities. Those rights could still be protected by way of existing common law guarantees (section 3(2)(b)). Yet the fact remains that the combined reading of sections 1(2)(a) and 3(2)(a) may reduce not only legal entitlements for individuals in the UK, but also the protective obligations of public authorities towards private parties.

Although the list of potential ECHR breaches as a result of the current wording of the Bill could continue, we cite here a final example of incompatibility, being the exclusion of the right to bring proceedings in conjunction with an act of a public authority which is done (or is proposed to be done) outside the British Islands in the course of overseas military operations (section 14(1)). This provision appears contrary to the established jurisprudence on Article 1 ECHR and the extra-territorial effects of the Convention. As a result of section 14(1) of the Bill, the UK could act in a fundamental-right-incompatible manner in the context of military operations and civilians affected by UK operations overseas could not pursue their fundamental rights claims.

It is evident that the Bill puts the UK on a trajectory of collision with the obligations originating from its membership to the Council of Europe, including compliance with the ECHR. The consequences of ECHR breaches can be found in its Article 46. This Article states that if the Committee of Ministers considers that a High Contracting Party refuses to abide by a final judgment, it may, after serving formal notice on that Party and by decision adopted by a majority vote of two-thirds of the representatives entitled to sit on the committee, refer to the ECtHR the question whether that Party has failed to fulfil its obligation. If the Committee finds a violation of compliance obligations, it will consider measures to be taken, including continuous supervision and the design of an action plan. Members of the Council of Europe not accepting the principles of the rule of law and the protection of ECHR rights within their jurisdictions may be suspended (see Article 8 Statute of the Council of Europe). A recent example concerns Russia, which was recently suspended from the Council of Europe following the invasion of Ukraine.

It follows that the Bill in its current state seriously undermines the UK standing in the Council of Europe. As the next section illustrates, the Bill is only one manifestation of the current UK Government’s shaky commitment to the international rule of law.

The adverse implications of UK’s unstable commitments to international law

These actions reveal an emerging trend of unilateralism on the part of the UK Government which undermines its commitments to international law obligations. Although the UK Government claimed that these measures bring ‘sovereignty back home’, the unilateralism displayed through the recent UK policies has several adverse implications. These consequences are political, financial, and legal. All in all, the real losers in the unilateralism undertaken by the UK are individuals and their rights, and the rule of law.

From a political standpoint, the UK’s display of unilateralism undermines its credibility as a partner in the global sphere. Unilateral acts ultimately weaken the position of the UK in the international arena because of the breach of the trust relationship and the reciprocity dynamic underpinning international law obligations. As discussed in literature, non-compliance entails short- and long-term costs for the violator, while there are several incentives for compliance with international law. Financially speaking, a shaky commitment to international law obligations may translate into more difficult trade relationships with international partners and thus a fall in the UK’s public finances. This becomes evident with the impasse concerning the Northern Ireland Protocol. Studies by the OECD demonstrate that effective international regulatory cooperation has several advantages, including economic gains, progress in managing risks and externalities across borders, administrative efficiency and knowledge flow. Consequently, the UK’s economy may be put at risk – something to be avoided in the light of the falling GDP’s growth post-Brexit and the rise of inflation and cost of living for UK households. Finally, such teetering commitments to international law have progressively reduced legal entitlements for individuals in the UK thus far. In addition to the potential depletion of fundamental entitlements arising from the Bill, UK citizens have lost several EU rights due to Brexit, including the internal market freedoms and the right to elect the European Parliament by way of example. The UK Government is further planning to reform the GDPR regime and, concerns have been raised about the potential lowering of food standards and environmental protection post-Brexit. Consequently, individual entitlements to data protection, food safety and environmental protection may suffer; to lower rights’ protection would correspond equally reduced guarantees in the face of public authorities in the UK. The rule of law principle according to which public authority’s action should be constrained by individual fundamental rights is accordingly undermined. More worryingly, reducing rights’ protection enhances authoritarian elements in the UK legal order. All in all, the UK’s more weakened position in the international arena, suffering from a lack of trustworthiness in its global intra-State relations, a fall in trade, a consequent decline in the internal GDP, and compression of individual rights ultimately impacts individuals’ well-being and security in the UK.

A current candidate for the leadership of the Conservative party, Liz Truss, has committed to the UK leaving the ECHR if necessary. The country with the longest history of protection of fundamental rights and the rule of law would deprive itself of guarantees introduced in the aftermath of the Second World War to ensure that the events of that tragic conflict would not occur again in Europe. Or at least this is what the Signatory Parties, including the UK back in 1950, wished for.

I would like to thank Megan Marsh, Jo Murkens and Marlene Straub for their comments on an earlier draft. 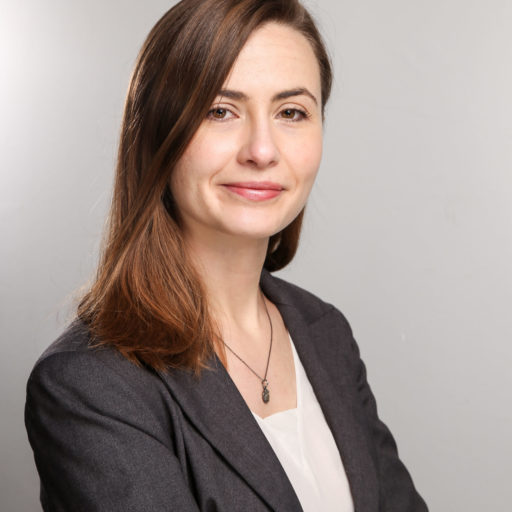 Giulia Gentile Giulia Gentile is Fellow in Law at the LSE Law School. She specialises in EU constitutional law and the protection of fundamental rights in the digital environment.