In early 2022, the European Union (EU) was quick and decisive in imposing an unprecedented set of measures against Russia. Among other things, the EU targeted the Russian Central Bank, which is an extraordinary move, given that central banks are rarely on sanctions lists. Reconciling the interests of 27 Member States is an art itself, especially in a highly sensitive policy area which continues to be dominated by individual Member State interests. Overall, the swiftness of EU measures went beyond most of our expectations.

To understand the level of engagement of EU Member States, it helps to put into perspective the intensity of transatlantic coordination that took place at both multilateral (e.g. in G7) and bilateral level. The amount of diplomacy and preparations were outstanding, resulting in a remarkably well-coordinated sanctions response. Coordination is not easy though. As Richard Nephew, former US Principal Deputy Coordinator for Sanctions Policy argued: “If you’ve not done [sanctions coordination] before, you can’t imagine how hard it is to manage these various different moves, which have to balance legal structures and traditions, national economic needs and capabilities, and complex international relationships”.

The Involvement of Third Countries in the CFSP

Since Brexit, a recurring theme is whether third countries can participate in the Foreign Affairs Council to create more coordinated foreign policies between EU and non-EU states. This is especially the case when we could also observe that in January 2022 US Secretary of State Antony Blinken participated in the meetings of EU foreign ministers. Indeed, the Council’s rules allow to invite representatives of third countries to participate in the Council’s work. The Brexit process, however, showed that the EU is unwilling to grant any form of ‘half-membership’ to third countries, let alone voting rights for them.

The provisions of the EU’s Common Foreign and Security Policy (CFSP) do not provide for the participation of non-EU states in the decision-making process. Instead, only EU Member States can take decisions within the framework of the CFSP. Article 24(1) of the Treaty on European Union (TEU) provides that the CFSP is subject to “specific rules and procedures”. These special procedures include the requirement of unanimity which continues to be applied as a general rule in CFSP matters. Despite continuous calls to use current Treaty provisions to expand qualified majority voting into CFSP domain, EU Member States seem unwilling to move away from the general rule. Moreover, in some cases, EU Member States do use their veto power and block joint statements. Speaking with a single voice in international relations is no mean feat.

Restrictive measures – the official EU notion for sanctions – pursue broader foreign and security policy objectives and can affect other actors by coercing, constraining or signalling them. Thus, sanctions have undeniable links to the CFSP’s legal framework and require unanimity. Due to their foreign policy nature, the EU adopts a (CFSP) Council Decision based on Article 29 TEU to establish a sanctions regime. If this Decision also provides for the interruption or reduction of economic and financial relations, the EU further adopts a Regulation on the basis of Article 215 TFEU. In the past, the requirement of unanimity undeniably slowed down EU sanctions policy. While the UK was relatively quick to impose its own set of measures against Minsk after the 2020 Belarus presidential elections, the EU was held hostage by one single Member State. Eventually, the dispute was resolved at European Council level, but the case still shows that EU foreign policy can simply be blocked, even in urgent cases.

Even though the CFSP legal framework does not provide for participation of third countries in the decision-making procedures, the EU can – and often does – coordinate its sanctions with other countries. Within Europe, the common practice is that the High Representative invites candidate and potential candidate states, but also other neighbours (e.g. EFTA states) to join the EU sanctions regimes. In general, candidate states are eager to implement EU sanctions because mirroring EU legislation in this field is a pre-requisite to join the EU. EFTA states usually follow the EU’s lead, too, due to the shared values and the common perception of security threats. In fact, a number of neighbouring countries aligned with the EU’s sanctions against Russia. Even Switzerland, known for emphasizing its neutral status, joined the EU’s efforts to impose financial penalties.

The Practice of Sanctions Coordination Outside of Europe

Outside of Europe, the situation is different. First, there is no legal framework that would govern the cooperation of the EU and the United States (US) in sanctions matters. Cooperation on sanctions is mostly informal and takes place behind closed doors. Second, this relationship is less hierarchical in the sense that the High Representative cannot invite the US or other major powers to join the EU’s pre-cooked sanctions regime. Instead, working together in a number of international forums, such as the G7, or initiating bilateral discussions is key to potentially share sanctions lists with each other.

For a long time, the EU and the US have cooperated in sanctions matters, whether under the auspices of the United Nations or bilaterally, regarding each other as both partners and rivals in sanctions policy. The cases of Iran and the previous (2014) sanctions regime against Russia showed that the EU and the US were able to intensively work together on sanctions. Paradoxically, at the same time these two cases caused the most frictions between both sides. In the Iranian case, the EU and the US decided to go beyond UN Security Council Resolutions and imposed additional measures to achieve a maximum pressure campaign against Iran to give up its nuclear programme. After the Trump administration withdrew from the Joint Comprehensive Plan of Action in 2018, however, the US imposed secondary sanctions against EU operators which forced European states to come up with an alternative solution to maintain legitimate trade relations with Iran. In the 2014 Russian case, coordination was more intense than ever between the two sides. However, the US was frustrated by the fact that the EU was unwilling to go further and possibly target gas producers or exclude pre-existing contracts in a number of areas.

After years of cooperation and rivalry, the EU and the US decided to give a new impetus to their coordination efforts. The bases of a renewed sanctions cooperation were laid down after the election of US President Joe Biden. In 2020, the European Commission stressed the need of an enhanced sanctions coordination to pursue shared foreign and security policy objectives. Likewise, the 2021 EU-US summit underlined the need of close cooperation in that regard. The US even decided to re-establish the Office of Sanctions Coordination, which was abandoned during the Trump administration.

Recent Russian actions put this new transatlantic commitment to the test. Since late 2021, the US, the EU and other like-minded states warned Russia of the economic consequences it would face in the case of invading Ukraine. On several occasions, a strong transatlantic response was emphasized in the hopes that the potential significant economic consequences voiced by the US and the EU may deter Russia from invading Ukraine. The transatlantic alliance used these weeks to prepare the possible sanctions.

The EU and US Still Have Some Aces up their Sleeves

The sheer number and, more importantly, the magnitude of EU and US sanctions that have been imposed in the last few weeks are truly remarkable. This is the same Union that has struggled before to go beyond the lowest common denominator in foreign policy matters. The measures range from sanctions against individuals and entities in the form of travel bans and asset freezes, prohibition of trade with non-government controlled areas of Donetsk and Luhansk, the targeting of Russian Central Bank and other major financial institutions, a SWIFT ban on seven banks or trade restrictions for iron, steel and luxury goods – and the list could go on. Strong coordination, however, does not translate into full harmony. The US, for example, banned the import of Russian oil, liquefied natural gas and coal. The EU, on the other hand, remained more cautious in this area, instead emphasizing the need of eliminating the EU’s dependence in the medium-term and of increasing their share of green energy.

Despite those extraordinary measures, the US and the EU still have options left. Further sanctions can be triggered for a number of reasons, including the potential use of chemical or bacteriological weapons. The EU and the US could extend “SWIFT sanctions” to other entities, fully blocking key banks, impose secondary sanctions on the financial, defence and energy sectors or reduce the import of gas or oil. 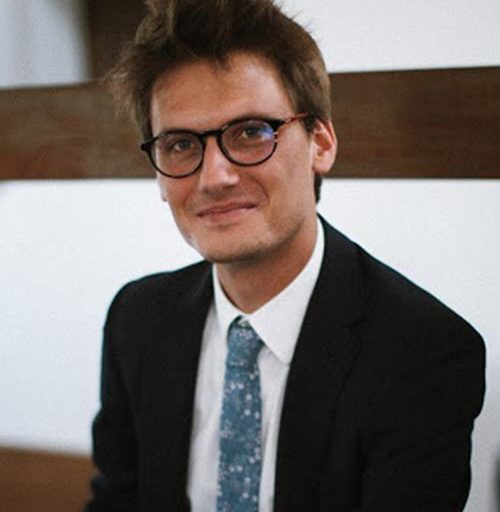 Viktor Szép Viktor Szép is postdoctoral researcher at the University of Groningen. His research focuses on EU foreign and sanctions policy.