The Dangers of the “Traditionalist” Rhetoric of the Bulgarian Constitutional Court

On 26 October 2021, the Bulgarian Constitutional Court issued a binding interpretative decision on the definition of the concept of “sex”. The Court held that “sex” can only have a binary biological meaning. Instead of engaging in a legal debate in relation to the discussed matter, the Constitutional Court chose to interpret the law through “values established in the society” that are derived from “other normative systems, such as religion, morality and custom”. The result is a judgment which not only neglects the rights and freedoms of transgender people, but also relies on a reasoning that could undermine women’s rights.

Over the last couple of years, certain political parties have relied extensively on anti-LGBTQ rhetoric to gain political traction. Currently, Bulgaria is preparing for the parliamentary and presidential elections in November and politicians do not shy away from attempting to turn people against each other for their own benefit, e.g. by claiming that “gender ideology” is a threat to traditional Bulgarian values.

In its interpretative decision on the concept of “sex”, the Constitutional Court developed its reasoning on the basis of a “traditional binary division between sexes”. It thereby drew on a decision it had issued in 2018. The Court held that it could only depart from its older stance if there was sufficient “social need and social justification” for this. Therefore, instead of delving into the related issues of the respective rights and freedoms, the reasoning of the Court chose to answer the question through examining the “Bulgarian cultural, spiritual and value identity” in order to assess if there was a “social justification” to depart from its earlier case law.

In terms of the personal rights and freedoms, the Court satisfied itself with a brief statement on the right of transgender people to self-determination. One may wonder if this is indeed the case. Transgender people are unable to administratively reassign their sex in Bulgaria even if they have an identity in their social and family lives that does not reflect their official civil status. This remains to be the case despite that they have undergone medical gender reassignment. In Y.T vs. Bulgaria, the European Court of Human Rights has found this to be in violation of Article 8 ECHR. The Court in Strasbourg agreed that the domestic law did not foresee any administrative possibilities for sex reassignment in the civil status which could place transgender people in a state of anxiety and uncertainty. Article 76(5) of the Law on the Civil Registration explicitly states that the change of sex could not be done administratively leaving recourse to the judicial system as the only option. Yet, as the Y.T vs. Bulgaria judgment has demonstrated, regardless of recognizing the fact that an individual had undergone sexual transition altering their physical appearance, courts can still consider that it was in the public interest not to allow the legal change of sex as this could challenge legal certainty given the state of the national law. The courts face different impediments to recognizing sexual transition and sex reassignments, including the lack of a definition of transsexuality in the law and the absence of rules and criteria for granting or rejecting requests to change a person’s registered sex (as the Court of Cassation pointed out in one decision). Concerning the relevance of the ECtHR case law, the Constitutional Court shifted the discussion towards the legislator’s responsibility to address the gaps in the law concerning legal pathways for sex reassignment. Given the related decisions of Bulgaria’s Constitutional Court, however, it is questionable if the domestic legislator could indeed effectively address these shortcomings, especially in view of the Court’s traditionalist argumentation explained below.

The Bulgarian Constitutional Court recognized the possibility for self-determination, but stated that this does not lead to obligations of the state “to recognize this self-determination that is different from the biological sex”. The Court reached that conclusion by relying on three starting points that were all ultimately based on the alleged cultural and spiritual traditions of the Bulgarians and are thus debatable. First, marriage is defined in the Constitution as a union between a man and a woman (Article 46(1)). According to the Court, this provision was based on the binary understanding of sexes. The Court regarded the existence of such a provision in the constitutional text as an expression of the historical past of the nation that understood marriage only in terms of a union between a man and a woman. The Court pointed out that this understanding (in addition to the other traditional Bulgarian values) was developed throughout the years. The need for asserting such values was part of the “political and national identity” of the nation against various historical challenges. Next, by relying on the different constitutional provisions addressing the protection provided to maternity and family, the Court yet again placed the focus on the understanding of these provisions in the light of the “cultural and spiritual traditions of the Bulgarian people”.

The third lengthy aspect concerned the traditional Bulgarian values stemming from Orthodox Christianity which is mentioned in Article 13(3) of the Constitution. The Court considered that the various provisions on the protection of maternity, children, and family were an expression of the Orthodox Christian values. The Court proceeded to give a long overview of the meaning of Orthodox Christianity for the country’s traditional values. This included numerous historical accounts like the fight for the independence of the Bulgarian Orthodox Church and the Church’s role in building national values. The Court recognized that religious institutions were separated from the state (Article 13(2) of the Constitution) but pointed out that the proclamation in the constitutional text of a particular religious denomination as traditional was “certainly not without significance”. The Court concluded that Article 13(3) was an exception to the general pattern of modern European constitutions. As such, the provision of Article 13(3) was of specific significance for the delineation of the “Bulgarian cultural and spiritual identity”, which should be taken into account in the Constitution’s interpretation.

An obscure concluding argument of the Constitutional Court concerned the observation that the “traditional binary division between sexes” was a foundation for the reproduction of humankind. In this relation, the Court mentioned different demographic projections that positioned the country as one of the fastest-ageing and depopulating states in the world. This was then used as an argument for the Court not to reconsider its position on the solely biological dimensions of the concept of sex. It was not clearly explained how the demographic issue related to the rights of transgender people. Moreover, the logic of the reasoning could be viewed as a slippery slope argument that can be used to justify attempts for curbing women’s rights, such as it serving as an argument for the criminalization of abortion (as it used to be a practice during the years of socialism).

In general, the concept of sex is mentioned only once in the constitutional text, namely as one of the grounds on the basis of which no discrimination is allowed (Article 6(2) of the Constitution). Instead of enlarging the scope of protection against discrimination, the constitutional decision does the opposite. The result of such an approach is that LGBTQ people are excluded from the scope of constitutional protection with a range of legal consequences. Moreover, as one of the dissenting judges in the case has pointed out, the concept of “biological sex” in itself is a term that is empty of content as the legal understanding of a person could not be simply limited to the biological aspects. Hence, the understanding of “sex” would necessarily require a psychological and social dimension.

The Court focused on the Convention’s use of “gender” alongside the concept of “sex” and claimed that it introduced dimensions of “sex” that are independent of the biological aspects. According to the Court, the simultaneous presence of concepts such as “gender” and “sex” moved the Convention away from its stated aims of protecting women. In particular, the existence of “social dimensions of sex” could mean the recognition of a “sex” that was “different from the biological one”. The Court contemplated that the concept of “gender” represents a “social construct” which presupposes contradictory applications in Bulgarian law. According to the Court, national law and the Constitution were “entirely built upon the understanding of the binary existence of humankind” where sex is understood only in the biological categories of a man and a woman. According to the Court, having two different understandings of “sex” in the national law was in violation of the principle of legal certainty and thus the rule of law principle pursuant to Article 4(1) of the Constitution. The Court was of the opinion, that ratifying the Convention would require the national law to develop mechanisms for the recognition of a sex that was different from the “binary” biological one which would be in violation of the Constitution.

One of the dissenting opinions to the decision pointed out that an assessment of the constitutionality of the Convention should have focused on the obligations that stemmed from it and whether those obligations were in accordance with the constitutional text. Moreover, according to the dissenting opinion, none of the Convention clauses required the state to recognize a “third sex” or to commit to legitimize relationships that do not meet the present understanding of marriage by the national law as equal to marriage. Finally, the dissenters accused the reasoning of the majority of the Constitutional Court of creating new concepts, such as the “binary sexuality”, that were not relevant for the review on constitutionality.

In addition to yielding negative legal consequences for all people that cannot be simply ascribed to one of the binary categories (the idea of two sexes has been questioned in science), the reasoning of the Constitutional Court also undermines the development of women’s rights: in order to support its claim of a binary distinction in the constitutional text, the Court sought to define what the sex of a woman entailed. It held that “woman” was associated with the constitutional provisions on the social role of a “mother” (for instance, Article 14 and Article 47(2) of the Constitution), which is also related to the constitutional provisions on “childbirth” and “obstetric care” (Article 47(2) of the Constitution). Such reasoning oversimplifies the matter by turning the clock back on years of development of women’s rights since it presents a constitutional understanding of a woman that is reduced to her reproductive biological functions.

The most recent interpretative decision of the Bulgarian Constitutional Court indicates a retraction from the legal reasoning and its replacement by obscure concepts that are usually inherent to the realm of political populism and nationalism. Instead of engaging in a legal discussion on the potential of an evolved reading of the Constitution, the Constitutional Court relied on vague and disputable concepts such as “traditional Bulgarian values”. The incorporation of the religious element in such unclear constructs on the constitutional level is reminiscent of the constitutional development in Hungary that “strengthens the role of religion to constitutionally legitimize the concept of ethnic nation”. In addition, the reliance on religion in the interpretation of constitutional provisions in a secular and multiethnic country is more than questionable, not least given the traditionally unequal position of women in the Christian Orthodox religion that also fiercely opposes LGBTQ rights. One of the dissenting judges pointed out that the Constitutional Court does not seem to understand its role in the greater social processes in the country. A couple of days after the issuing of the decision, the office of a community LGBTQ centre in Sofia was attacked by the supporters of a far-right politician. In times when politics deliberately uses LGBTQ persons as a scapegoat at the expense of igniting social divide, the Constitutional Court should not pick up and feed questionable political rhetorics but be a voice of legal reason. 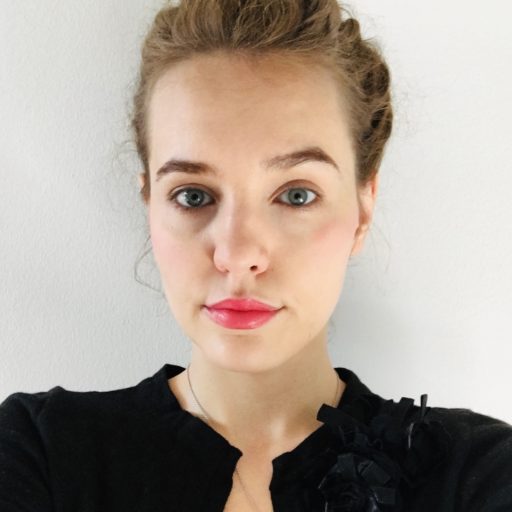 Other posts about this region:
Bulgarien, English Articles No Comments Join the discussion
Go to Top