Violation of Freedoms and Judges in Turkey

The presidents of the European Court of Human Rights pay regular visits to each of the 47 member States of the Council of Europe. Sometimes these are visits that allow contacts with local authorities in a kind atmosphere, full of mutual compliments. These are pleasant visits. At other times the visit is organized to have a harsh discussion with those authorities on issues that in that country involve serious or persistent violations of the European Convention on Human Rights and Fundamental Freedoms. In these cases, good manners and certain protocol rules allow the visit to be carried out according to the programme. But the confrontation is very hard and not only serves to make things clear with governments that violate the obligations assumed by ratifying the Convention, but also allows the President of the Court to express himself in public, reaching general public opinion or specific parts of it, concerned with the violations.

Sometimes the voice of the president, who cannot be silenced, is one of the few that resound freely to recall the principles and values that are assumed to be typical of Europe. Turkey has been a member of the Council of Europe since 1950 and has had a complex history in terms of democracy, fundamental rights and freedoms. A history that has known phases in which, even by way of constitutional reforms and changes in practice, it has introduced rules into its system that are firmly established elsewhere in Europe. The current phase, which follows the failed coup d’état of 2016, is of the opposite sign and the situation of freedoms and rights of individuals, an essential condition of democracy, is very serious. Hundreds of judges, lawyers and teachers have been arrested or dismissed. With schools and universities, the judiciary has been drastically purged. Many have been hit, all of them, one might think, have been intimidated. The visit to Turkey by the President of the European Court, Robert Spano, took place in a similar, serious and tense context. Few other missions have been so difficult, but for that very reason also so useful. Certain doubts that have been raised in Italy about the opportunity of the visit in present day’s current Turkey prove to be groundless, if only one reads what the president said and takes into account where he said it (the European Court website makes the text available). The tenor of what he said in public certainly corresponds to that of private talks with Erdogan, the Minister of Justice, the presidents of the Constitutional Court and the Court of Cassation.

Holding a lecture at one of the Istanbul universities that offered him an honorary degree, the President of the European Court began by saying that he accepted that honour not only because it was a protocol moment, never refused in any member state of the Council of Europe, but also because the ceremony gave him the opportunity to underline the importance of academic freedom and freedom of expression in a democracy governed by the rule of law. After this unusual opening, Spano stressed that among the freedom of thought and expression, the academic one is particularly important. He said this in a university that has suffered the drastic expulsion of teachers. But it was not a theoretical speech, since it was followed by the detailed mention of the facts that led to a recent judgment by the European Court finding Turkey violating the freedom of expression of a professor, sanctioned for having participated in a television broadcast without having asked his university for permission. The speech was addressed to the academic authorities present, of course, but above all to teachers who live in an atmosphere of oppression and who, however, felt that he emphasized not only their freedom, but also recalled the example of a colleague of theirs who, having complained before the European Court, won his suit against the Turkish authorities.

Furthermore, at the School of the Judiciary Spano has long dealt with the necessary independence of judges, urging the school to train judges in that value. He denounced the serious violation constituted by the arrests of the judges. He explicitly mentioned the frequent allegation that „the judicial authority poses a threat to politics and decisions made democratically, particularly when judges enforce human rights guarantees“ and urged judges to operate independently as a bulwark against the prevarications of political power. The quality of justice (a non-independent judge is not a judge) is essential in the system that European states have created with the Convention. In fact, the protection of the rights and freedoms of the Convention is primarily in the hands of national judges. Only afterwards can the European Court intervene if there have been violations, not remedied at national level.

The role of the European Court of Human Rights is exercised through the decision on the applications presented to it. Each application is different from the other and is decided on the basis of the arguments and evidence presented by the applicant and the responding government. But there is a further function, in which the president has a prominent role: the continuing narrative of the principles that have moved the member countries of the Council of Europe to set up, with the European Convention on Fundamental Rights and Freedoms, a continental system that allows individuals to complain about their behaviour before an independent court. In the case of Turkey (but not only Turkey in these difficult times) it is not just a question of making speeches of a high cultural standard, but also of harshly challenging serious and continuous violations. President Spano used the freedom of speech that his position guarantees to him, in a country that much suffers, to give courage to those who deserve to receive a free and fair message. Thus, the Court, through its President, has played its proper role for European liberties and democracy.

An Italian version of this article has been previously published in La Stampa. 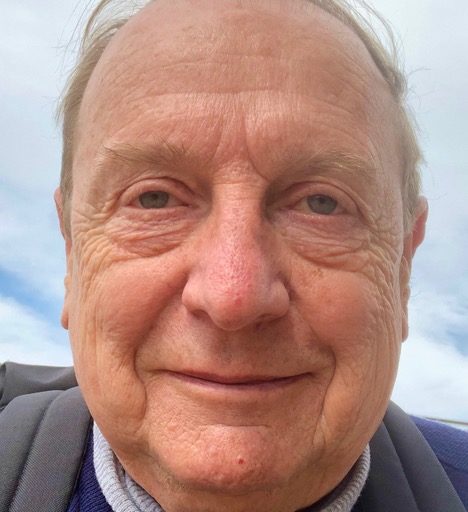