What comes after ,Ever Closer Union‘?  From Teleology and the ‘Managerial Constitution’ to Democracy

The diversity characterising the Union after its consecutive enlargements, the rupture introduced by the Euro-crisis and the EU’s response to it, the string of other crises such as the refugee crisis (to which one can now add the rule of law crisis in Hungary and Poland and the Brexit trajectory which have emerged or further developed since the book went into print) reflect, according to the editors, deeper structural problems concerning how the EU has developed since Maastricht. Effectively the editors and many of the contributors are therefore arguing for a scaling back of European integration to a level which they deem sustainable. They argue, however, that this message should not be considered anti-European. The EU has gone a bridge too far and threatens to implode due to overstretching. The aim is therefore to save the European project through a limited and measured retreat. As such the book provides a counter argument to the mantra of Brussels, Frankfurt and Luxembourg which seems to imply that the only option available is to dig in and fight to the last bullet.

A number of proposals are put forward in relation to needed institutional changes and alterations of substantial policies. Fritz W. Scharpf, for example, proposes a return to an improved version of the European Monetary System, Augustín José Menéndez argues for a strengthening of the Member States capacities to collect taxes rather than a transfer of tax collecting powers to the EU as part of a solution to the crisis, and Giandomenico Majone suggests a “Europe of clubs” where different groups of countries can engage in common policies organised around functional tasks. The books does however not set out a common manifesto or programme. This means that the book, while providing a string of very thoughtful and important insights, take the shape of a collection of bits and pieces instead of providing a comprehensive reform proposal. In this way the book ends up reflecting the status of the EU itself as a constitutional conglomerate of bits and pieces.

But what will the implications of abandoning the “ever closer Union” teleology be? At the most general level teleologies can be considered one of the core features of modern societies. German philosopher Christian Wolff coined the term teleology in 1728 and since the Sattelzeit from the mid-18th to the mid-19th century the organisation of modern society has been centered on the promise of the future achievement of specified end goals. The emergence of modern teleologies reflected a fundamental restructuring of society through the introduction of a linear concept of time and a corresponding reorientation of the outlook of society towards the future rather than the past (Koselleck 1979).

The turn to teleology is clearly expressed in modern constitutional arrangements. Counterfactual normative imperatives codified as constitutional principles or taking the shape of comprehensive policy programs with quasi-constitutional status stipulating future intentions are intrinsic to the organisation of modern legal orders. The five French Republics, for example, all subscribed to the counterfactual idea of bringing the values of the French Revolution to the rest of world and as Jürgen Habermas argued, Westbindung, or (re-)integration into the west, was the overarching constitutional imperative guiding the Bonn Republic. Even a weakly institutionalised legal order such as the WTO regime might be seen as based on a counterfactual idea of universal non-discriminatory free trade. Modern society is, in other words, characterised by a functional need for normative fix points aimed at stabilising social processes and providing criteria for choosing between the multiplicities of policy options which always exist.

Sometimes counterfactual imperatives actually become factual, as was the case with Germany’s (re-)integration into the West. At other times, messianic future oriented programs collapse, leading to profound societal crises. The question of possible failure is closely linked to how teleological objectives are legally structured and their degree of open-endedness. In Democracy in America Alexis de Tocqueville introduced an important distinction between immutable and mutable constitutions. The French constitution of his time he regarded as an example of the former and the American constitution as an example of the latter. The Declaration of Independence of 1776 was based on very general intentions concerning the preservation of “Life, Liberty and the pursuit of Happiness,” factually allowing for a living constitution which was fundamentally open ended and capable of constant change while France at the time had a constitutional order which sought to preserve the existing system by projecting substantial policies favored by its autocratic monarchy into the future.

On this background, the central problem of the EU seems to be the two-level teleology on which its new managerial constitution relies. The reworking of the macro-economic constitution in recent years means that the overall teleological principle of “ever closer Union” has been complemented by a second constitutional principle of system preservation, as expressed in the overarching principle of preserving “financial stability”. An objective which is bound up on the codification of a particular macro-economic paradigm, as expressed in the debt-break and balanced budget requirements. The EU is, in other words, seeking to project substantial polices into the future in a manner which provides little scope for reacting to hitherto unknown events and developments.

But what is the alternative? Thomas Kuhn noted in relation to science that a paradigm is not abandoned unless there is a counter-paradigm ready to take its place. As also illustrated in the contribution of Philipp Genschel and Markus Jachtenfucs, this also seems to be case for the EU as the teleology of ever closer union keeps operating in the absence of a comprehensively developed alternative and a corresponding institutional framework.

The only alternative seem to be democracy. Democracies are characterised by “openness to the future” insofar as a central trademark of (well-functioning) democratic political systems is their capability to constantly observe and react to developments in society on the basis of a non-prescriptive approach to substantial future policy actions. This substantial open-endedness is what makes democracy not only normatively but also functionally superior to other forms of rule. The EU has however not gone down this road. Rather than “openness to the future” the new framework is characterised by “reticence to the future” and the objective of carving existing policies in stone, thereby going down the road which Tocqueville warned against.

The core question therefore seems to be to what extent democracy can be unfolded at the EU level. The scholarship is divided. Some call for a major step forward, others consider it structurally impossible while some see no principle problem speaking against the possible democratisation of the EU while rejecting that increased integration is an argument in itself. As also outlined in the contribution of Kalypso Nicolaïdis and Max Watson, creative models aimed at squaring the circle are therefore needed.

In short: The End of the Eurocrats’ Dream provides a very persuasive diagnosis of the structural problems the EU encounters and provides pragmatic proposals for countering them but falls short of developing a more overall and comprehensive vision of where Europe should go from here capable for substituting the current integrationist trajectory. After the diagnosis, a second volume on the possible cure and the possible futures of Europe seems to be needed.

DOWNLOAD PDF
LICENSED UNDER CC BY NC ND
SUGGESTED CITATION  Kjaer, Poul F.: What comes after ,Ever Closer Union‘?  From Teleology and the ‘Managerial Constitution’ to Democracy, VerfBlog, 2016/11/22, https://verfassungsblog.de/what-comes-after-ever-closer-union-from-teleology-and-the-managerial-constitution-to-democracy/, DOI: 10.17176/20161123-134608. 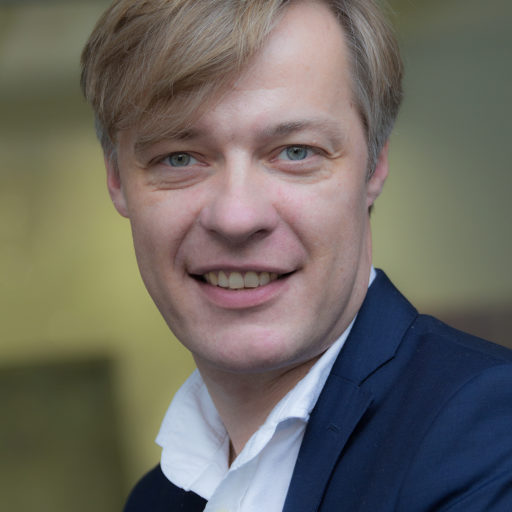 Poul F. Kjaer Poul F. Kjaer is Professor at Copenhagen Business School and editor of 'The Law of Political Economy: Transformation in the Function of Law' (CUP 2020).