Roe v Wade– the US Supreme Court Case that has been on everyone’s lips since the appointment of Justice Brett Kavanaugh, if not since the assumption of presidency by Donald Trump. The case from 1973 is known for having established the right to an abortion and is now the center of legal and political debate around the reproductive health of those, who are able to get pregnant. The debate is being fueled by a number of states passing so-called heartbeat bills and other restrictive legislation, whereas Alabama has not only joined in on the trend but has introduced the harshest bill yet, criminalizing abortion altogether. In light of these current events, the following takes a look at the constitutional development of the right to terminate a pregnancy and its implications for current laws.

Roe v Wade and its Implications

The appellant in Roe v Wade was a pregnant woman who sought declaratory judgment that Texan laws criminalizing abortion were unconstitutional. Her aim was for the Court to clarify on behalf of herself as well as women in similar situations that there was a constitutional right to choose to terminate one’s pregnancy. It appears that, in the 19th century when abortion regulations initially came to be, respective states had two main reasons for their introductions. These were the protection of the mother from dangerous medical procedures (as abortion mortality at the time was significantly higher) as well as the protection of the unborn. The laws were therefore partly set up with the health and well-being of women in mind. Fortunately, medicine has greatly evolved and the high mortality rates of women in the US in the 19th century do not reflect current events anymore than they did in 1973, reducing the relevance of these considerations. It was therefore the view of the appellants in Roe v Wade that the right to choose whether to terminate a pregnancy was not only a constitutional right, but absolute in nature.1)

Faced with this issue, the Court in fact recognized that a right to choose to terminate one’s pregnancy existed. It specifically acknowledged that the right to an abortion was covered by the right to privacy, which is read into the right to liberty, embedded in the 14th Amendment of the Constitution. However, it did not accept that it was an absolute right, meaning that it viewed it as open to limitations. The reason for this is the Courts’ assumption that the state also has an interest in protecting prenatal life. It is important to differentiate between the two lines of justification, since, especially where the protection of women themselves cannot serve as an interest of the state for reasons touched upon above, legal discussions become superimposed by moral considerations and religious beliefs. It is where lawmakers and courts get into the business of balancing the rights of adult humans against the rights of the fruit of their own wombs. According to the Court, this potential life is the gateway for regulation.2)

That the Court accepted the right to an abortion as covered by the right to privacy remains true, however, it also found that a “[p]regnant woman cannot be isolated in her privacy.”3) This sentence itself is telling: as soon as a person becomes pregnant, they are only viewed in the context of their pregnancy, as mothers, and their right to liberty reduces. The woman is not viewed as a person with the same rights as non-pregnant individuals. Although the Court explicitly rejected the theory of life beginning with conception as a justification for the Texan laws at matter in Roe v Wade, the Court opened the door for likewise argumentation through the above-mentioned state interest in protecting potential life. It hereby noted that this interest needs to be compelling, thereby introducing the standard of compelling state interest for abortion cases. Regarding the protection of potential life, a compelling interest of the state was set at the point in time where the fetus becomes viable. Regarding a compelling interest to protect the mother, this was set to begin at approximately the end of the first trimester of pregnancy. Consequently, Roe established a right to abortion without interference by the state up until one of these two points.4)

By acknowledging that such right exists, the Court at least payed due regard to the fact that to have or not have a child is a decision so essential to one’s life that it is protected by the right to privacy that is part of one’s liberty. However, the Court did at no point, even while applying the Amendment that holds the equal protection clause, mention any considerations of equality. Whoever holds the view that this approach would be far-fetched, should think again. While it is of course true that female bodies as opposed to male bodies have the ability to become pregnant, it is only the first group that suffers the real-life consequences. While not only women are involved in actions resulting in pregnancy, it is only them, who are either forced to carry out pregnancies or face criminal sanctions. Dismissing equality considerations solely based on biological differences ignores the factual unequal burden and brought to the extreme has been formulated as consent to sex by women being viewed as “consent to a reproductive social contract with the nation.”5) These considerations left out of Roe v Wade also never found their way into later judgments concerning this right.

The Development of the Right to Abortion and its Current State

In 1992, the Supreme Court took another case addressing abortion rights, namely Planned Parenthood v Casey. Herein, the Court altered the legal standard for abortion cases insofar that it quit to adhere to the rigid trimester framework established in Roe v Wade. Instead, it decided that a) the right to decide to terminate a pregnancy before the viability of the fetus remained and b) that state measures before that time presented unconstitutional limitations on the right to an abortion if they put an undue burden on the right. An undue burden is still the standard today and is viewed as given, where legislation aims at placing “substantial obstacles in the path of a women seeking” that right.6) This did not change that this protection is only granted up until the point when the fetus is viewed as viable. Hence, the state is still free to impose restrictions that do not meet that standard in later points of the pregnancy. However, in a later instance of Texan laws aiming at restricting access to abortion under the pretense of protecting the health and lives of women, the burden served as a protection of the right within its limitations. In this case, Whole Woman’s Health v Hellerstedt, the law prescribed unrealistic standards for abortion clinics such as the “Surgical Center Requirements”, which among other things included that abortion facilities must have clear floor areas of at least 240 feet. By utilizing the undue burden standard from Casey, the Court recognized the laws for what they were- an attempt to restrict access to abortions by forcing facilities to adhere to ridiculous standards that did not serve the patient’s health.7) From a standpoint of justification, it made sense for the government to reason with the protection of the mother, since it is more difficult to argue that taking away reproductive rights from women is for invalid or even misogynist reasons when all the law claims to aim at is their protection. It also goes to show that, since the evolvement of medicine, the protection of the mother’s bodily safety has virtually never been the actual motivation behind these laws. Which leads up to the newly introduced bills.

The bills of Georgia and Alabama presently serve to briefly exemplify the current developments. The Georgian bill was signed into law beginning of this month and includes a ban on abortions occurring after a detectable heartbeat of the fetus.8) The law carves out narrow exceptions to this, namely medical emergencies, pregnancies as the result of rape or incest and futile pregnancies.9) In the case of criminal conduct leading up to a pregnancy, this is solely accepted where the crime has been officially reported to the police, which is a limitation of the exception itself, when considering that rape is the most underreported crime in the US.10) Outside of these exceptions,11) an abortion is categorized as homicide under the law, which can be penalized by death in Georgia.12) While those who seek for an abortion are of course primarily affected, there is another group of people tangent to this and any abortion law: doctors.These must fear to lose their medical license or even face criminal and civil penalties, where they perform an abortion that is not perceived as in accordance with the new exigencies.13) This could therefore also have a chilling effect on the exceptionally legal abortions envisaged in medical emergencies. As for the Alabama law, the main difference lies in the fact that it only provides for an exception in cases of a serious health risks to the mother.14) It does not include cases with preceding criminal conduct. While this has been emphasized by believers in choice, it is only the tip of the iceberg. This should not be misunderstood as a lack of importance of such exceptions. If anything, it underscores the little regard lawmakers gave to the health, dignity and constitutional right to privacy of women. This also reflects a change in reasoning, in which lawmakers do not pretend to care about the integrity of female bodies anymore. This is also visible by the preamble of the Georgian law, which declares to give rights to the unborn child.15)

The constitutional significance is clear: Both laws could challenge the current state of the right to an abortion as established in Roe v Wade and the cases thereafter. It is also clear that both laws aim at doing exactly that, as both even mention the Supreme Court rulings in their text. Concerning the Georgian bill, this is where the abandonment of the trimester rule in Casey could in theory work to the advantage of the lawmakers. Decisions of whether the point of viability has been reached are far more open to interpretation than the previous timeframe was. However, the Court specified in Roe that viability is usually given between 24-28 weeks of the pregnancy. The Georgian heartbeat bill, which would outlaw abortions at a much earlier time, should therefore already be rendered unconstitutional in light of this. Any other decision would be an abandonment of the medical standards the Court has claimed to adhere to. The same goes a fortiori for the Alabama law, which does not distinguish between a viable unborn child and such that is not.

Roe v Wade rightfully established the right to choose to terminate a pregnancy as protected by the constitutional right to privacy. This right can only be truly fulfilled if the Court recognizes that for this, the right to choose must go beyond arbitrary points in pregnancies set by lawmakers. It must recognize that, at the heart of this choice lies much more than a battlefield for different values and morals, namely: the power of an individual to choose how to shape their own life and beliefs and the right to choose how to deal with one’s body and its implications without governmental interference.

DOWNLOAD PDF
LICENSED UNDER CC BY NC ND
SUGGESTED CITATION  Lops, Claire: What to expect when you’re not expecting- Abortion backlash in the US and constitutional standards, VerfBlog, 2019/5/18, https://verfassungsblog.de/what-to-expect-when-youre-not-expecting-abortion-backlash-in-the-us-and-constitutional-standards/, DOI: 10.17176/20190520-172208-0.

Explore posts related to this:
Abortion, Autonomy, Right to Privacy 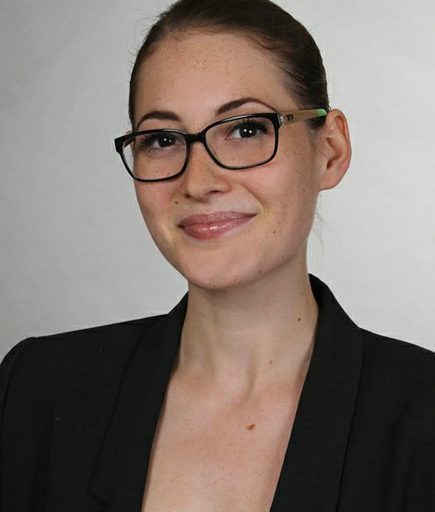 Explore posts related to this:
Abortion, Autonomy, Right to Privacy