Until recently, a debate on Mexico’s Supreme Court’s power to scrutinize the constitutionality of constitutional provisions seemed largely distant. But for the first time in its history, the Supreme Court discussed a draft opinion of one of its members calling for the inapplicability of Article 19 of the Mexican Constitution, which provides the so-called mandatory preventive imprisonment as an automatic measure when investigating specific felonies. With the future of Mexican constitutionalism pending from this decision, the stakes are as high as they have ever been.

The Mexican Constitution is 105 years old. Over its lifespan, it has been revised and modified almost 750 times through 251 decrees of a constitutional amendment. Now, core to the present analysis is Article 19, which provides a growing list of crimes considered felonies and deserving of mandatory preventive imprisonment. Outside the list of Article 19, the Mexican system acknowledges pre-trial imprisonment as the last resort to ensure the presence of the accused in a criminal process. Nevertheless, it has remained constant in the daily implementation of the criminal justice system, as the list set forth in Article 19 has been continuously supplemented.

In 2008, a constitutional reform overhauled the Mexican criminal justice system, shifting from its old system to a new adversarial, accusatory, and oral model. Yet, Article 19 and pre-trial preventive imprisonment withstood this overhaul. Prior to 2008, and since 1917, the Mexican statutory criminal procedure did not incorporate the presumption of innocence as a principle right, or guarantee, despite efforts by the Supreme Court to secure its application. This system accumulated a series of procedural violations; for example, the concealment of records from the defense statements made without legal counsel, and sometimes the absence of the defendant throughout the investigation. As López Ramírez points out, “the judges condemned or acquitted cases with practically no evidentiary practice in the process”.1)

The 2008 constitutional reform came about as a result of the unfeasibility of the former system. The new criminal justice system was designed to change the rules of the prosecution to comply with the expectations of the rule of law, where the accused could benefit from a fair process. One of the main aims of the reform was to create a system that would include the principle of presumption of innocence as a cornerstone of the process.

In 2011, a second consequential constitutional amendment on human rights was introduced to Mexico’s legal system. One of its most distinctive features was lifting all international treaties and conventions on human rights entered by Mexico onto a constitutional level. This amendment deepened the incompatibility of mandatory pre-trial detention with the rest of the legal system. The criminal figure would conflict with various guarantees granted in the Constitution and, since 2011, with diverse International Human Rights Treaties.

On these grounds, the Supreme Court debated the unconventionality of Article 19. The Court’s task was to examine mandatory pre-trial preventive imprisonment against (i) the American Convention of Human Rights; (ii) the constitutional amendment on human rights of 2011; and (iii) its overall inherent contradiction with the principle of human dignity enshrined in Article 1 of the Mexican Constitution.

Can a Constitutional Provision Be Trumped by an International Treaty?

In a nutshell, the debate revolves around the following arguments: Articles 7 and 8 of the American Convention on Human Rights protect the right to personal liberty and the right to a fair trial, respectively. Article 1 of the Mexican Constitution provides for the pro persona principle, a standard of interpretation of human rights that requires all authorities to opt for the most expansive and protective interpretation of a norm (or set of conflicting norms) in favor of human rights.

However, Article 19 of the Mexican Constitution requires that anyone under prosecution for one of the enumerated felonies will be deprived of his liberty throughout his trial without a judicial ruling that proves his guilt. This measure is in deep conflict with the principles of presumption of innocence and due process, endowed by the Constitution and the American Convention on Human Rights.

Announcing the deliberation of this controversial issue, the President of the Supreme Court summarized the predicament in these terms: “If there are two conflicting articles, which one prevails? Under what the Constitution orders, [the] one that expands the right, prevails”. Professor Yaniv Roznai, an authority on the issue of the unconstitutionality of constitutional amendments, underscored that “this could mean that some articles of the Constitution or constitutional reforms can be challenged if they violate [the] essential core of a right”.

The Mexican Supreme Court has addressed this question on previous occasions, though with less fortunate conclusions. In the landmark case [contradicción de tesis 293/2011], the Court set three human rights precedents: (i) there is no hierarchical relationship between human rights recognized in the Constitution and those on International Treaties; (ii) the Inter-American Court of Human Rights Jurisprudence is binding and mandatory for Mexican Judges; and (iii) if the Mexican Constitution has a specific restriction on human rights, the Constitution must prevail.

The third aspect is crucial. Those who stand by this ruling will argue that mandatory preventive detention must prevail in criminal prosecution simply because Article 19 constitutes a constitutional restriction of human rights. The debate in the Supreme Court directly confronted this vision. Justice Luis Maria Aguilar’s draft opinion proposes to overturn the restriction rule set in [contradicción de tesis 293/2011] and rethinks a new human rights framework where conventional provisions trump constitutional norms if they provide greater protection.

Justice Aguilar’s proposed decision contrasted the mandatory [informal] preventive detention with the core of human rights of liberty, the presumption of innocence, and due process vis-a-vis the standards of protection developed in the Inter-American system, including the cases Jenkins v. Argentina and Women Victims of Sexual Torture in Atenco v. Mexico, where the Inter-American Court of Human Rights warned of several human rights violations in this criminal persecution figure.

Two final aspects are necessary to assess the complexity of the case. First, the Mexican Government has publicly defended the mandatory preventive detention and asked the Supreme Court to uphold the Constitutional restriction. Just days before the discussions began, Adan Augusto, Secretary of the Interior, stated that the American Convention of Human Rights cannot trump the Constitution. He also expressed that striking down mandatory detention would overthrow the public security agenda. So, the pressure from governmental authorities to influence the Supreme Court’s decision is high.

A second relevant aspect is that this same criminal provision is also being discussed in the Inter-American court case Daniel & Reyes v. Mexico. The hearings have revealed the absurdity of the measure and its incompatibility with provisions 7 and 8 of the American Convention of Human Rights.

In this complicated scenario, the Court must decide on the possibility of judicial scrutiny of constitutional provisions against conventional parameters that oppose them. Justice Aguilar’s draft opinion proposed the direct inapplicability of the second paragraph of Article 19 on the grounds that mandatory preventive imprisonment constitutes a measure that conflicts not only the principle of human dignity according to Article 1 of the Constitution but also Articles 7 and 8 of the American Convention of Human Rights. For the first time in its history, the Supreme Court debated the constitutionality of a constitutional provision itself.

Public interest on this matter ignited an intense exchange between formalist and more progressive views on how the Court should have addressed the matter at hand. Before the Court’s deliberations, the prediction was that a majority of the Court would vote in favor of the unconstitutionality of Article 19 and order its automatic inapplicability. However, the President himself and senior members of the government expressed that if the Court decides to follow that path, such a decision would purport a clear transgression of the separation of powers principle which could be characterized as equally unconstitutional.

After three days of deliberations, the Court was split into two main factions: On one hand, a majority preventing the Court from scrutinizing, the (un)constitutionality of constitutional provisions on the grounds of constitutional supremacy, separation of powers, judicial restraint, and the daunting prospects of opening Pandora’s box if doing the opposite. Let’s call this stance the traditional formalistic approach.

For this time, we can say that the traditional formalistic approach prevailed, but the debate is certainly not over. Nonetheless, the Court unanimously considered that mandatory preventive imprisonment conflicts with the rights to personal liberty and a fair trial, and therefore should be eliminated. With this minimum consensus, the Court has embarked on drafting a new opinion focusing solely on the inconsistency of the measure with the system of protection of human rights.

Change Is in the Air

We should expect a watered-down opinion with more modest ramifications. The Court may declare the elimination of the mandatory preventive imprisonment on the grounds of its unconventionality, without further elaborating on its unconstitutionality. And it will circumvent the underlying and pressing debate on the powers of the Court to examine constitutional provisions.

However, on a higher note, we should remember that sound constitutional change does not happen suddenly. It requires a gradual evolution of institutions and procedures that may entail a larger consensus in due course. Characteristically, Mexico’s judiciary and legal community have been formalistic and traditional. A few years ago, it would have been unrealistic to think that four members of the Court may uphold its competence to strike down constitutional provisions. Hence, it should only be a matter of time before Mexico will embark on articulating a new grammar of political legitimation by defining what we deem as the foundations, the core, and the basic structure of our constitutional arrangements. 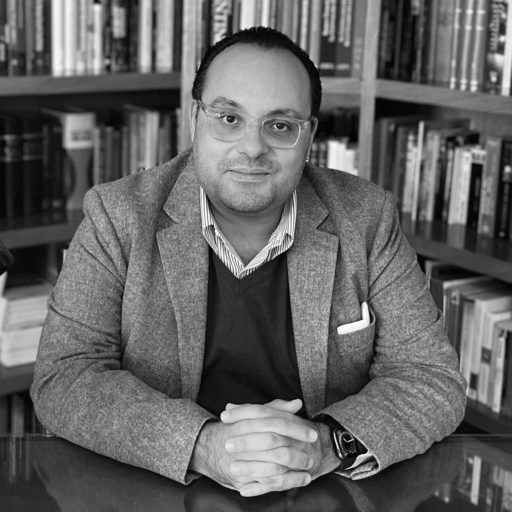 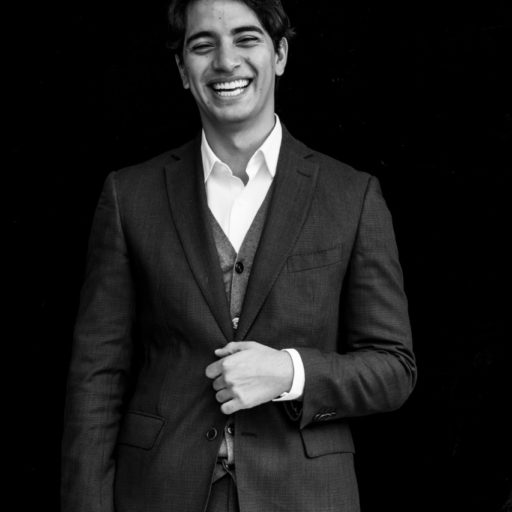 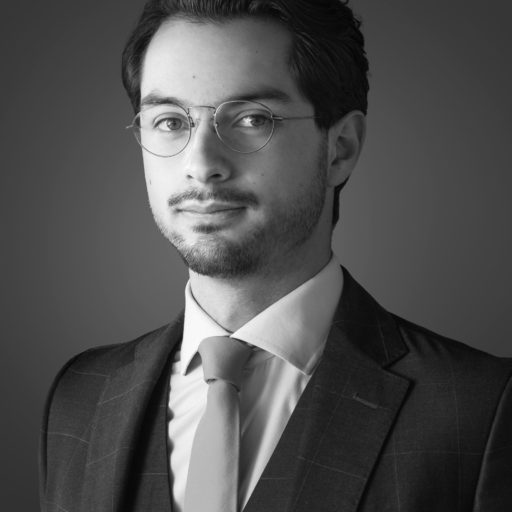 Other posts about this region:
Mexiko No Comments Join the discussion
pixel_not_set
Go to Top