Why Referendums in Ireland Work Better than in the UK

Former prime minister Gordon Brown has supported a new political device to help resolve the Brexit crisis. In a Guardian column, he recommends the Irish innovation of the citizens’ assembly to inform and guide public opinion. Other British commentators have argued that recent referendums in Ireland have been less divisive than was the UK’s 2016 vote on Europe and that the citizens’ assembly formula is part of the reason. Theresa May included a glancing reference to the notion in her House of Commons speech on January 29th.

They are mistaken if they believe that this formula has much to offer in the UK. The Irish version, a recent addition to the referendum arrangements, involves the convening, before a referendum, of a panel of 100 randomly chosen citizens, with a judge as chair, to hear expert testimony and to consider the referendum wording. Two contested referendums, on same-sex marriage in 2015 and on abortion in 2017, were carried by 2-to-1 majorities. Whether the assembly influenced these outcomes is debatable: on the abortion vote the assembly contributed to the selection of the actual wording but it is arguable that there was a solid majority for change and that both would have been carried regardless. But there would have been no crisis had they been defeated, with or without the benefit of a citizens’ assembly.

Referendums in Ireland avoid political and constitutional crises for a different reason. The voters are given two clear choices: amend the constitution, as per the wording offered, or decline to do so. There are no consultative referendums: parliament is sovereign subject to the constitution and the superior courts. There has never been a referendum on any matter other than a specific modification to the constitution, a function reserved for decision by plebiscite. They are not divisive because they settle the issue. The voters legislate directly, the constitutional consequences are apparent in advance and have already been enacted when the votes are counted. There need be no subsequent divination of the ‘will of the people’, the source of so much contention in the UK.

Since Ireland’s constitution was adopted in 1937 there have been forty referendums, 34 of which preceded the creation of these citizens’ forums, the first of which was convened on an ad hoc basis by political decision in 2012. Some of the 34 referendums conducted without benefit of a citizens’ assembly were highly controversial. Twenty-five passed, nine were rejected, but none led to the paralysis on display in the UK since the Brexit vote. Brexiteer politicians regularly assert that the Irish electorate was ‘consulted’ on the Lisbon treaty, rejected it, and changed their minds when consulted a second time. In some versions, they were ‘bullied’ in the interim by Eurocrats. This narrative cannot reflect what happens in the Irish system since Irish referendums do not consult, they decide. A specific constitutional amendment to accommodate the Lisbon treaty was defeated 53/47 in 2008. An expanded amendment, including wording about neutrality appended to the treaty at the request of the Irish government, was carried the following year 67/33 on a higher turnout.

It has been asserted by British admirers that the balance of public opinion has been mirrored accurately in the Irish citizens’ assembly and reflected in subsequent votes. This was the case at the abortion referendum but has not always happened. In 2014 the assembly urged that the constitution’s requirement, that candidates for the ceremonial office of president be at least 35 years old, be reduced to 21 years. Presidents have always been older people with long records of public service. All political parties endorsed the assembly proposal, citing their confidence in young people, aversion to ageism and other worthy sentiments. They put it to referendum, and it went down in flames. Both the assembly and the politicians were wildly out of touch. One phone-in contributor explained that she had a 21-year-old son called Aengus and could not get him out of bed for morning lectures. She loved him dearly but would not vote for him in a presidential election. She felt that 21-year-olds were insufficiently ‘focussed’ for the role of president. The electorate agreed to the tune of 72%, denying themselves the opportunity to elect Aengus, and recently returned the 77-year-old incumbent, Michael D. Higgins, for a second presidential term in a landslide.

The problem in the UK is not the absence of this recent embellishment of the Irish way of managing referendums. The problem is that the UK has absent-mindedly acquired the habit of consultative referendums offering undefined options in the absence of a codified constitution. The 2016 UK referendum was only the third national plebiscite in British history. Both previous referendums, in 1975 on Europe and in 2011 on the voting system, produced large majorities for no change, and hence no crisis. The 2016 vote produced a narrow win for a very large change indeed: departure on unspecified terms, after 45 years, from the European Union. The UK constitutional order is a mess, an impossible trinity, consultative referendums battling parliamentary sovereignty without the context of a codified constitution. 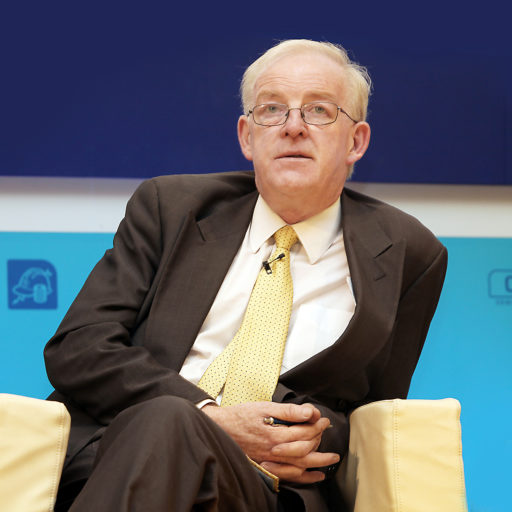 Colm McCarthy Colm McCarthy is an Irish economist and commentator. He writes a regular column on economic policy issues, including Brexit, for the Dublin Sunday Independent.