On September 4, Chileans will vote on whether to adopt a new constitution (official text; references in this post are based on the translation by Progressive International). It is a deeply contested election. Polls show that the yes vote is trailing by roughly 10% points, but with over 15% of voters still undecided, as of last week.

The debate over the new text has centered on questions of the balance of powers, the autonomy of indigenous people, and the participation of the private sector in the provision of social security, health, and education. But one of the most innovative features of the text is not getting enough attention– its deep engagement with environmentalism, and with climate change in particular. Concern with how humans interact with the natural world permeates the text. It is expressed in provisions ranging from the poetic and aspirational to concrete commands for the creation of new governance mechanisms focused on the environment. Should the constitution win, Chile would move from having one of the world’s most neo-liberal constitutions to having one of its most environmentally progressive. Even if voters reject the draft text this Sunday, its environmental provisions will likely set a standard for subsequent constitutional drafts in Chile and beyond.

To understand the draft, it is important to get a sense of the charter it would replace. Chile’s current constitution was written in 1980 under the Pinochet military dictatorship (1973-1990). It was drafted by a small group of advisors committed to Milton Friedman’s economic theory emphasizing the free market and minimizing government intervention in the economy. These commitments were baked into the Chilean constitution alongside a series of anti-majoritarian mechanisms that would ensure the Right’s continued predominance even upon the return of democracy. The result is one of the most property-protecting texts in the world. As Javier Couso writes, it includes a harder right to private property than any other constitution of the time, and it constitutionalizes private pensions, private healthcare, and private water rights. Further, it created a constitutional court with ex-ante review that has repeatedly used these provisions to strike down progressive legislation.

Since the return to democracy in 1990, the 1980 constitution has been amended so many times that some have argued it is akin to a new constitution. But it still carries the illegitimacy of its undemocratic origin, and it continues to have many of the provisions mentioned above. When massive protests broke out in October of 2019, the push for a constituent assembly provided a way to channel de-stabilizing political discontent into a forward-looking project of political renewal. For one year, a group of delegates elected by popular vote met to deliberate on and rewrite Chile’s constitution. It was the first constitutional convention in history to have gender parity, and 17 of the 155 seats were reserved for indigenous people. It included many delegates committed to prioritizing environmental issues.

The draft constitutional text launches a frontal attack on the country’s longstanding commitment to neo-liberal economic principles. It declares that Chile is a state that emphasizes solidarity, requires gender parity in all government institutions, and includes a long list of socio-economic rights. But the feature that make this text novel is not that it represents a swing to the left in the traditional right/left struggle over the proper role of government in redistribution. Rather, it is the way in which awareness of humans’ dependence on their environment permeates the text. By one count, eight of eleven chapters, and 98 out of 388 articles, mention or allude to the environment.

The first chapter of the constitution, announcing general principles, sets the stage. Article One declares Chile to be a “social and democratic rule of law state” that is “plurinational, intercultural, and ecological.” This chapter also recognizes humans’ “indissoluble relation to nature” as a fundamental value (art.1), declaring that “Individuals and peoples are interdependent with nature and form an inseparable whole” (art. 8). The State must promote a “harmonious balance between people, nature and the organization of society” (art. 8).

Chapter two turns to declaring fundamental rights. (In line with Latin American constitutionalism, the rights section is lengthy – over 100 articles long, helping make it the longest constitution in the world if passed.) Here again, among many progressive, innovative provisions, a commitment to care of the environment stands out. Most notably, the chapter declares that it is not only humans that hold fundamental rights, but also nature. Drawing from the eco-centric language that has begun to appear in legal texts and declarations around the world, it declares that nature has the right to “existence, regeneration, maintenance and restoration of its functions and dynamic equilibrium, including natural cycles, ecosystems and biodiversity” (art. 103). Further, “the State must guarantee and promote the rights of nature (art. 103).” It would be only the second constitution in the world to declare nature to have rights, after Ecuador’s 2007 constitution. But it goes a step further in its ecocentric turn by declaring that “the law may establish restrictions on the exercise of certain rights to protect the environment and nature” (art. 106). In other words, not only does it seem to that the rights of nature might stand in tension with other rights, it allows them to trump other rights.

The draft also declares the human right to a healthy environment, joining over 100 constitutions globally as well as the United Nations General Assembly (art. 104). Further, it commits the state to guaranteeing an “environmental education” (art. 39), to ensuring food sovereignty and security (art. 54), and to promoting “ecologically responsible food systems (art. 54).

The constitution’s third chapter out of eleven is entirely devoted to environmental matters. It starts off by reiterating that nature has rights and committing the government to their protection and guarantee (art. 127). If passed it would be the first constitution to explicitly commit the government to fighting climate change: “It is the duty of the State to adopt actions for prevention, adaptation and mitigation of risks, vulnerabilities and effects caused by the climate and ecological crisis” (art. 129).

Up to this point, the draft’s environmental provisions have declared principles and rights and have committed the government to promoting and protecting them, but without institutional specificity. Indeed, critics argue that the constitution overall has too many aspirational statements, with little guidance as to prioritization and implementation. But Chapter 3 does move beyond the aspirational in the context of environmental governance. It commands the creation of an autonomous body, the Office of the Ombudsman of Nature, to promote and protect environmental rights and rights of nature (art. 148). The ombudsperson, or defender of nature, will be appointed by the legislature (art. 150). The details of this body will be created through law. However, these articles would force the government to create a distinct government body, separate from the ministry of environment and with its own budget, to focus on defending the environment.

Indigenous Peoples and the Environment

The Constitution’s provisions on indigenous peoples are among the most controversial. In recent decades, Chile’s indigenous peoples have been struggling to regain control of traditionally held lands, and to protect their lands from extractivist projects. The draft text grants them constitutional recognition for the first time. It follows other Latin American constitutions in declaring Chile to be a plurinational, interlegal state (art. 1), as a way to acknowledge indigenous sovereignty. It also provides for greater autonomy, indigenous justice systems, and a right to restitution or reparations for lost land. Further, it recognizes indigenous “cosmovisions,” which often center nature and respect for the environment (art. 11).

One of the sources of controversy is the way in which the text grants the right of prior consultation. In recent decades, indigenous social movements throughout the Americas have claimed the right of “free, prior, and informed consent,” as granted in ILO 169, to push back against mining and other projects on indigenous lands. However, the language of the draft text can be construed to grant a veto, rather than a right to consultation, and it can be construed as referring to all matters that affect indigenous peoples, rather than those that touch on indigenous territories in particular (art. 66, 191). The government and political parties that are pushing for the approve vote have vowed to revise these provisions should the new constitution pass.

This brief description of the draft’s environmental provisions is not exhaustive. There are other provisions, for example, that commit decision-makers in other areas of governance to carefully consider environmental impacts. But even this abbreviated summary conveys the deep commitment of this text to prioritizing a more harmonious relation with the natural world, and a focus on the climate crisis.

“Reject so as to Reform”

In the October 2020 plebiscite asking whether Chile should hold a constitutional convention to write a new constitution, a whopping 80% voted in favor of replacing the 1980 constitution. Only two provinces in the entire country voted against – both in the wealthy Eastern suburbs of Santiago. At that point the Center and Center-Left enthusiastically embraced the project of creating a new constitution.

Today, however, it looks as if the draft text will lose, and Pinochet’s constitution will remain in place, with the Center and Center-Left deeply divided. How can this possibly be? There are many factors that have led us here. Should the new constitution lose, many of us will spend the next months trying to reconstruct how such a defeat could happen. One factor is that the Right has succeeded in setting the terms of the debate, so that the innovate environmental provisions of the draft have not received the acclaim they deserve (international coverage, on the other hand, has emphasized this aspect of the draft).

In this post-plebiscite stage, the draft constitutions’ provisions on environment will continue to play a defining role, particularly as the 1980 constitution is practically silent on this front. Chile is in the midst of a 13-year drought, and is particularly vulnerable to ocean rise, glacier melt, and other climate-change induced challenges. Concern with the environment should be a cross-cutting priority. It seems inevitable, and urgent, that Chile’s constitutional moment should continue to center climate change and the environment. 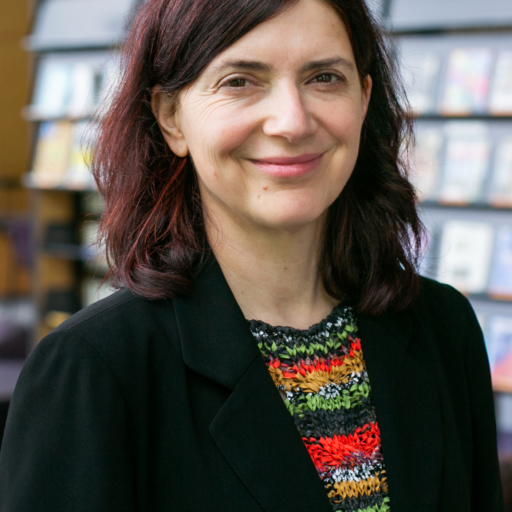 Other posts about this region:
Chile 2 comments Join the discussion
Go to Top