The abused quote from Karl Marx about history repeating itself as tragedy first, and then as farce displays in a refreshed version on these days. It could not but be Italy, with its celebrated taste for originality and innovation, to mould this novel pattern, in which tragedy and farce come together and chase each other in a grotesque, flamboyant showdown.

The occasion has been given by the recent measures amounting to the so-called ‘Step 2’ adopted by the Italian Prime Minister and communicated on a prime-time broadcast video. Such measures aim to prudently alleviate the severe limitations on personal liberty imposed so far, but result in obvious uncertainty as for what exactly is forbidden – which adds to their slender ties with parliamentary legislation (yet requested by constitutional case-law in such cases) in exposing the legitimacy deficit of the overall crisis discipline. Particularly, the notion of ‘congiunto’ as a person that one can go visit is likely to cause tragicomic, yet remarkable, turmoil.

On 10 April 2018 – seems like ages ago – the Italian Constitutional Court (n°115/2018) proclaimed the inapplicability of the Taricco doctrine even in cases occurring after the renowned ECJ’s C-105/14 judgment. Art. 325 (1) TFEU – the Italian judges held – is irremediably indeterminate not only because of its loose connection with parliamentary legislation, but also due to the considerable number of cases it could apply to; hence, a court would have no reliable guidance to derive from it a sufficiently determined rule. It was the counterlimit, the sacred legality principle, what was at stake.

On 26 April 2020 at 20:20, PM Giuseppe Conte appeared in a video to announce the ‘Step 2’ in tackling the CoVid-19 emergency. The measures take, as it is being the norm in these times, the form of a DPCM: a legal act known to few prior to the crisis. The acronym stands for ‘Decree of the President of the Council of Ministers’: it is not reviewed by the Parliament, not enacted by the Head of State, not revised by the Council of State nor by the Court of Auditors. Be it as it is, such norms shape the most personal liberties of the Italian citizens in a way that deserves careful attention.

During ‘Step 2’ circulation is only allowed for work or healthcare reasons, or ‘situations of necessity’, which include – and here comes the novelty – meeting with ‘congiunti’ – as long as social and personal distancing is respected, and facial protection is used.

In Italian, congiunti translates as ‘relatives’ and this is the notion laid down in the Penal Code, Art. 307 (4), too. However, according to the Supreme Court – Corte di Cassazione, n° 46351/2014 – in presence of a ‘stable affective relation’, kinship or any other affinity may be irrelevant. Uncertainty reigns: on 19 December 2019, the VI Section of the same Court (Order n° 1825/2019) deferred to the plenum the question of whether ‘a close congiunto’ could refer to a person living with someone more uxorio. Anyhow, the scope of that notion is expressly tied to penal matters solely; whereas, according to Art. 4 of the Law-Decree n° 19/2020, someone infringing the congiunto rule (and of similar rules, too) would receive an administrative sanction ranging from 400 to 4000 Euros (and additional penal sanctions in case of violation of the quarantine rule).

One day later, the question is tackled in the FAQs updated from time to time on the website of Presidency of the Cabinet: ‘Boyfriends, girlfriends and stable affective relations are included’, therefore it is permitted to move around to go visit them.

The floor is open as to which relations amount to congiuntiness. Options are as numerous as are the shades of our private lifes’ encounters. Reasoning by analogy: if boyfriends and girlfriends are to be considered as stable relations, then friends, yet stable, are out. Experience tells nevertheless that friendships can be much more stable than any sex-based relation, and normally are. Therefore, a legitimate question arises: does congiuntiness embrace only sex-based relations? The issue turns spicy. But, really, is law to define the stability of my relation and to derive legal consequences – afflictive consequences – therefrom? Left aside the well-deserved sarcasm, what law literally affirms is that I can go visit my partner if I have a stable relation, whilst I cannot if I don’t. Wouldn’t this amount to a pre-modern expression of a State’s supreme moral authority? Law discriminates in the area of civil liberties on the basis of somebody having a stable partner rather than one – or more – ‘friends with benefits’. Not the most conservative clergyman had ever thought of this. Noteworthily, Art. 3 (1) of the Italian Constitution provides that ‘all citizens have equal social dignity and are equal before the law, without distinction of sex, race, language, religion, political opinion, personal and social conditions’. It would be hard to deny that such a discrimination runs contrary to core constitutional principles.

But there is more. Insofar as the social distancing rule refers to the sporadic occasions of authorised moving out of one’s own house, legislation meaningfully imposes adequate means of protection. Yet, if the same rules are kept in force when one can go and meet somebody – anybody – in his/her private environment, the same rules turn paradoxical. I need to wear a mask and keep the 1 metre distance; but I can meet my girlfriend at her place. Everybody will be free to unleash his/her own remotest fantasies. Yet, one wonders how public authorities will monitor the citizens’ compliance with that rule. In Minority Report, the 2002 movie, there were bugs that could sneak in anywhere for ocular control of the prospective murders. Ingenious, but rather primitive. Apparently, technology has made better progresses than imagination could work out at that time.

From science-fiction dystopia sinisterly looking more manageable than prospective reality, a jump into comedy is grateful. Just think about possible excuses to be made to authorities by the people stopped in the streets; social networks are replete in such tips. ‘Going to meet a congiunto’. It must be recalled that since the beginning of the crisis, whoever is stopped for control by public authorities must hand a ‘self-declaration’ in which he/she asserts to be meeting the conditions provided by law – including compliance with the congiunto rule – and, in case of false declarations, he/she would be charged with the crime  of ‘false declaration to a civil servant about one’s identity or personal qualities’ under Art. 495 of the Penal Code. On the other hand, the FAQs specify that the name of the congiunto must not be indicated, for privacy reasons.

Perhaps the liveliest part of the comedy will take place before courts, as a few citizens will be likely caught violating the congiunto rule. Again: can anybody think of possible evidence to be alleged in support of the congiuntiness relation between the claimant and the person he/she was going to meet? A serious question, a troublesome answer. And to which extent would the privacy reasons be overridden? It is worth reminding of Art. 24 (2) Const.: “[d]efence is an inviolable right at every stage and instance of legal proceedings”. With farce comes tragedy.

This last comedy scene brings us back to the nude reality. While hilarious circumstances may arise from the implementation of the measures concerned, the issues at stake are of the utmost gravity. It is nothing less than Italy’s constitutional rights being restricted by means of a normative act that must be criticised in form and substance. In form, as it de facto supplies key details of normative schemes whose breach is heavily sanctioned, while its loose connection with a parliamentary legislative basis can hardly support the restrictions imposed. In substance, because ‘it applies to an indefinite number of cases, which would leave courts with no reliable guidance to infer the applicable rule’. The quote, almost literal, comes from the Constitutional Court, case n°115/2018, mentioned above. The rule of prescription in a case of tax evasion, at that time, the most intimate constitutional freedoms today – with sanctions of an administrative (yet afflictive) and possibly penal nature.

Yes, there is an emergency out there. Yet, in fact, the Italian Constitution does contemplate emergencies and offers a rich array of legitimate measures to confront them. What it does not contemplate is a tout court suspension of fundamental liberties, along with the suspension of logic and common sense. The leap is short from emergency to exception: the risk that emergency derogations of the constitutional safeguards degenerate into a new constitution born in the exception is not merely hypothetical. In that case, no explicit consent of the population would probably be felt as necessary for a political authority consolidated in the emergency meantime to enforce it with sufficient ‘care’.

Clearly, Italy is not in the condition to enter Step 2 as yearned for by the citizenry. PM Conte has rightly admitted it in public one day later. Yet, these rules create an utterly precarious legal framework whose parliamentary anchor is rather weak. The appeal for an enhanced sense of individual moral responsibility is wholly comprehensible but is raised by purposely blurring the boundaries between what is lawful and what amounts to administrative (yet afflictive) or even penal liability. Any attempt to say that this does not impair the legality principle in form and substance – yet, fiercely defended by the Constitutional Court once – could hardly avoid personal value judgments or partisan political arguments. Be it as it may, the consequence of the adopted measures will be either their ineffectiveness or the omnipresence of public authorities endowed with an indefinite margin of discretion. Thus, whoever can afford to risk paying a fine of few hundred Euros – and then some other shrapnel for a good lawyer who dismantles the friable constitutional grounds of these measures – he/she will go out to meet his/her friends, with and without benefits. Those who cannot afford it will stay home, see their business wither and their social life alike. Social cohesion would turn into inequality – and would do so in the most grotesque manner.

Dear old democratic rules are still there but they won’t survive if no effort is made to cherish them, even more so when to apply them is harder. As an economic emergency is likely to add soon to the health emergency, Italy risks forgetting where to look for its seventy-years long democracy after the crisis is over. 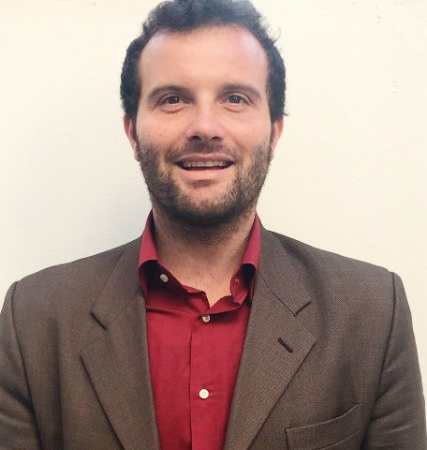