These are 20 voices of European women and men joining in a video series launched on YouTube with personalities from the academic, political and European associationism world, many of them from EUI alumni and staff. They want to remind European and national institutions that will not let this crisis, like so many others in the past, to be settled with a bill that is disproportionately paid by women and that they rather hope that the Covid pandemic will offer an opportunity to rebuild Europe from new premises and a feminist agenda.

Many of the voices recall how the pandemic has affected girls and women specifically and disproportionately. Spanish MEPs Iratxe García Pérez and Lina Gálvez do so remembering the overexposure of female workers who have been in the front line fighting the pandemic or providing essential services; the women, who, due to their precarious employment condition or specialization in care, have lost their jobs or seen their employment situation deteriorate while being overstreched and the women who have suffered violence in their homes during confinement. In turn, Stefano Osella, Italian researcher at the Max Planck Institute, adds that vulnerability in terms of violence and precariousness has also affected sexual and gender minorities and Stefania Giannini, a senior UNESCO official, alludes to the real risk that, following the massive closure of schools in 190 countries during the pandemic, many girls who have already been affected by the digital divide and cyberviolence never return to schools.

Other voices, such as Professors Maria Stratigaki, Johanna Kantola, and Benedita Menezes Queiros (Greek, Finnish, and Portuguese, respectively), demand the commitment, structures, and resources to strengthen women’s leadership in managing the pandemic and call on the need for parity democracy to overcomes the current leadership gap. They start from the finding that countries with women’s government leadership have suffered a sixth of the deaths compared to the rest, which they partly attribute to the fact that female leaders have not underestimated the risks, have opted for early prevention and have prioritized long-term social welfare over short-term economic concerns.

From there, the European institutions are specifically reminded of the importance of not abandoning, but rather reinforcing their commitment to equal participation in decision-making processes and to gender mainstreaming in all their policies. The European Union Package for the New Generation, recalls Francesca Ratti, (co-president of Civico Europa) has to ensure equal opportunities for women and more generally fight against growing inequality, also in view of stopping the growth of authoritarian populism undermining democracy. Specific measures are necessary, argues MEP and candidate to the Polish presidency Robert Biedron, requesting a specific Corona Fund for Women, which allows the adoption of measures in the labor market and against violence, specifically appealing to male solidarity. Others, such as the Hungarian former european Commissionner Lazlo Andor (Secretary General of the European Foundation for Progressive Studies) take the opportunity to recall that before the pandemic the Commission had launched some important initiatives to advance equal opportunities (for example, in terms of transparency salary) that cannot simply be put under the carpet now. Massive investments are generally needed in the health and care sectors, where the majority of workers are women, as well as legislation to improve working conditions, including increasing the minimum wage. The recently approved recovery plan has to make gender equality a crosscutting concern. The time has also come, recalls MEP Frances Fitzgerald, to invest in the advancement of women in the digital, artificial intelligence and stem science fields in general.

In a nutshell, the idea is to take this opportunity to think big and lay the foundations for a new social contract, says Carlien Scheele, the new director of the European Institute for Gender Equality (EIGE). The pandemic offers a perfect opportunity, recalls Agnès Hubert, director of the European thinktank G-5 to reassess what really matters. In this sense, several voices, including those of professor Ruth Rubio (STG, European University Institute) and Joanna Maycook (General Secretary of the European Women’s Lobby) and Claudia de Castro (of Redscope Consulting) appeal to the necessary and pending care revolution, a revolution that recognizes that interdependence and vulnerability are part of the human condition and that societies that, like ours, do not recognize this basic fact in their organization, inevitably end up resting in the exploitation of the caretakers, native or imported as migrants from poorer countries. The concern for the sustainability of the species in conditions of dignity, professor Emanuela Lombardo reminds us, includes but goes beyond the care agenda. Environmental sustainability, the fight against inequality, the defense of fragile democracy are also part of a well-conceived feminist agenda, such as the one that should be championed by the European Union.

This new social contract, Professor Eleonore Lépinard warns us, will not be possible without reevaluating the place and role of men in a non-patriarchal society, and this, in turn, requires altering the social and economic relationships in which men and women participate and the perception of the importance of care within these relationships. Scientist Sonia Contera, physicist and nanotechnologist, exemplifies this by mentioning the effect that the burden of care has on the scientific productivity of women, when the skills and dedication that such care requires, is never considered “productivity” in the professional domain, which explains why single female scientists and married male scientists are precisely the two groups that succeed fastest in consolidating themselves professionally. This new contract, reminds us researcher Daniela Alaattinoglu, who closes the series with a melodic „come Europe, do not disappoint us!“, cannot be achieved with the commitment of some countries alone: ​​feminism does not understand nationalism, the effort has then to be shared. 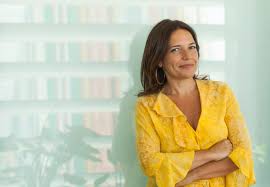 Lina Gálvez Muñoz Lina Gálvez Muñoz is a Full Professor of Economic History and Institutions at the Economics Department at Pablo Olavide University in Sevilla and a Member of the European Parliament (S&D). 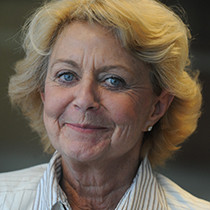 Agnès Hubert Agnès Hubert is a Professor at the College of Europe, an affiliate researcher at Science Po - PRESAGE, and a founding member of the first European feminist think tank Gender5plus. She was in charge of the EU gender equality policy in the nineties and continued to work on gender issues for the European Commission as a member of the in house think tank (currently EPSC). 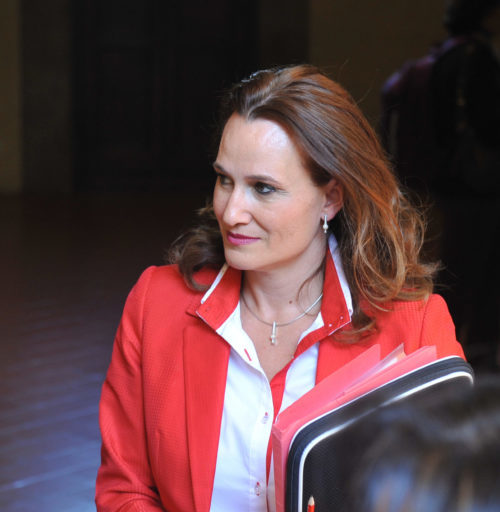 Ruth Rubio Marín Ruth Rubio Marín is Full Professor of Constitutional Law at the University of Sevilla, Part-time Professor at the School of Transnational Governance of the European University Institute, Florence and Director of the UNIA UNESCO Chair in Human Rights and Interculturalism.