‘Zombie Urbanism’ and the Search for New Sources of Solidarity

Let me start with a reminiscence: a few weeks ago, I was sitting in one of my preferred cafés in Paris, le Café Odéon- Théâtre de l’Europe, a vivid place near the Jardin de Luxembourg in the heart of the university quarter. I realised that the waiter was wearing a shirt with the letters ‘Defend Paris’, which he explained to be a statement against the forces that make Paris an uneasy place to live, a defiance against the powerful and social injustice. With a mixture of rebellion and idealism, he added that he understands himself as part of a ‘Reclaim Your City’ Movement, thus representing what is central for urban citizenship today: a republican defence against forces that make a metropolitan city a trademark to be sold to people who can afford it, but increasingly less a home for ordinary people who want to live in the city. Walking through the streets, passing a small jewelry shop, a place of distinguished understatement showing a picture of Meghan Markle wearing ‘rose’-earrings displayed in the window, the term ‘zombie urbanism’ came to my mind – a term used by Jonny Aspen, professor at the Institute of Urbanism and Landscape in Oslo (See Bjerkeset and Aspen (forthcoming 2020) and here), to describe a cliché-like way of dealing with urban environment by developers and designers – a ‘staged urbanism’, in which urban features are used as a means for selling, marketing and branding. This kind of city-marketing can prove quite successful: whereas the burning of Notre Dame mobilised hundreds of millions of donations within a short period of time, the burning of the National Museum in Rio de Janeiro soon after, extinguishing 200 years of documentation of cultural memory, mobilised only 225.000 Euros (state 1.4.2019).

Global metropolitan cities like Paris are certainly extreme cases – but they raise the question: How can this ‘staged urbanism’ provide spaces of urban citizenship? Under what conditions can urban citizenship “contribute to overall democratic integration within and beyond nation-states”, as Rainer Bauböck expects?

Bauböck relates his initiative of strengthening urban citizenship to the rise of populism. He rightfully calls for new narratives that can bridge the divide between mobile/sedentary, urban/rural, cosmopolitan/parochial populations and identities. This divide – which is frequently referred to as the new ‘globalisation cleavage’ – should indeed be considered the primary challenge a citizenship narrative has to address today. Under conditions of rising inequities among regions and states, urban and rural areas, and polarisation of labour markets with certain strata of the population being stuck in unqualified jobs and few possibilities to move ahead, traditional legitimation narratives have lost their resonance. We witness a “populist moment” which comes along with phantasms of homogeneity and embodiment that openly attack the pluralist constitution of modern democracy (including right-wing anti-migration propaganda contributing to reinforcing new border practices, see Varsanyi; cf. Krastev 2007.). ‘The People’ has become a central concept in political discourse again but, as many liberal analysts argue, it is often brought forward in a way that is deeply conflicting with emancipatory aspirations of democratic citizenship. However, there are also movements on the rise that try to conceive of populism in a progressive way. Far from being a perversion of democracy, it is supposed to constitute the political force to recover it and expand it on the different levels of society (Mouffe 2018).

Rainer Bauböck is appealing to the emancipatory idea of democratic citizenship: the narrative he is searching for ought to tell people “what they have in common and why they have to respect each other as equals who share a stake in institutions that express their common desire for democratic self-government”. Where Marshall argued for social citizenship to meet the demands of the postwar-era, and Kymlicka developed the concept of multicultural citizenship to answer the challenges of growing diversity in the 1990ies, today the idea of urban citizenship is supposed to address the concerns of those most affected by the globalisation divide. Urban citizenship must be at the core of the new story.

Who is the urban citizen?

In Bauböck’s view, urban citizenship should be part of a multilevel institutional architecture of democracy. Consequently, urban citizenship ought to be part of a multilevel form of citizenship. It thus seems important to keep in mind that the different levels of democratic self-government ought to be pervaded by a political culture expressing values of equal worth, respect and cooperation, not only within the boundaries of one level but also transcending each of them. The challenge for urban citizenship as part of a multilevel citizenship regime is the construction and legitimation of new frames of reference while at the same time including equal rights empowering subjects for collective action and developing a self-understanding as a citizen. What is more, the political culture of democracy stands in systemic tension with a social culture of capitalism with its values of competitiveness, merit and individualising of achievements. While the social culture of capitalism produces differences in status and wealth, i.e. social inequalities, the political culture of democracy requires to ‘stand eye to eye with fellow citizens’ (Pettit 1997, 51). Normatively, citizenship claims to be a generalisable ideal, but insofar as its social foundations are misinterpreted, its effects become exclusionary (Marx (1843) 1976). The political citizen then turns out to be an economic citizen (‘bourgois’) – which historically meant: a male white property owner.

It has frequently been criticised that citizenship as a privilege for the propertied classes is enjoying a resurgence. This resurgence is discussed not only in the literature on neo-liberal transformations of the welfare state, but also on multiple citizenship (Anderson 2015, 184-85; Morris 2003, 2009; Tanasoca 2018 (and the discussion at GLOBALCIT)). In the context of debates about the ‘global city’, urban culture and the dynamics of gentrification the argument is taken up by demonstrating that the ‘new global cleavage’ is, at least partly, linked to the old social cleavages. But the forces that bring about these cleavages are reorganised (Sassen 2008, 503-511).

I generally agree with Rainer Bauböck’s assumption that urban citizenship must be at the core of a new citizenship narrative. But the construction of this new democratic narrative raises a bunch of questions: The concept of urban citizenship implies three dimensions of meaning, which complicates addressing the challenge: first, the idea refers to a certain space: the city, as a particular locus for action; second, it refers to a certain social situatedness: being mobile and looking for a new home in the big cities; and third, it refers to a certain mindset: a post-national identity, embracing open societies and cultural diversity. How do these dimensions matter with regard to the task of re-integrating democracy?

Regarding the scenes, the spaces, on which the history of modern citizenship is projected forward today, the city is certainly playing an extraordinary role (Colliot-Thelene 2011, 218-232). Enfolding dynamics of enlargement refer to the language of human rights as a medium of including more and more categories of persons into the realm of citizenship, frequently giving rise to practices of “insurgent citizenship” (Holston 2008). But local struggles are deeply entangled with the economic logic of a globalising world. De-territorialisation and pluralisation of power make it increasingly more difficult to figure out a clear addressee for claims to equal citizenship.

Regarding the social situatedness of ‘movers’ rather than ‘stay at homes’, cities are, no doubt, also of ultimate importance. Cities are primary goals of destination for those seeking a new beginning, not least due to the fact that metropolitan regions are economic centers which potentially give more opportunities for making a living. But one should be careful to avoid homogenisation. The idea of a globalisation cleavage of moving versus sedentary parts of the population suggests a cleavage between city and periphery. But the clash is also within the city. Not only should we take more care on how non-urban communities are portrayed, as Patti Lenard suggests, but also on how the contradictions of globalisation are mirrored in the diversity of urban population.

This links to the last dimension, the post-national mindset, which is allegedly fostered by urban citizenship. A “ius domicilii”, derived from presence in locality and including all de facto residents, would be an important normative shift with regard to democratic inclusion. It would allow inhabitants with multiple affiliations and loyalties to identify with the city as the concrete locus of their everyday life and thus support multiple experiences of identity. But urban citizens cannot be expected to carry the burden of reintegrating democracy alone.

Connecting the local and the global

Cities today are crucial places where the ambivalences of globalisation come to light. In the post-national constellation, the global city has become the locus for a reconstitution of citizenship, creating new forms of politics and practices of collective agency. The concentration of global economic and cultural dynamics in the city reinforces the search for innovative responses. Nevertheless, the contradictions of globalisation cannot be worked through on the local level alone. Although the city potentially creates concrete forms of solidarity based on local cooperation, these forms of solidarity must be linked to a transnational citizenship regime which supports the egalitarian promises of modern democratic citizenship. Restricting “ius domicilii” to the local level would intensify the conflicts it is supposed to mediate if not embedded in wider transformations. Contrary to what Bauböck suggests, the normative shift to a residence-based membership should therefore (graduated according to the minimum time of residence) be perceived as the appropriate foundation of membership in the post-national constellation in general, including at the national level. 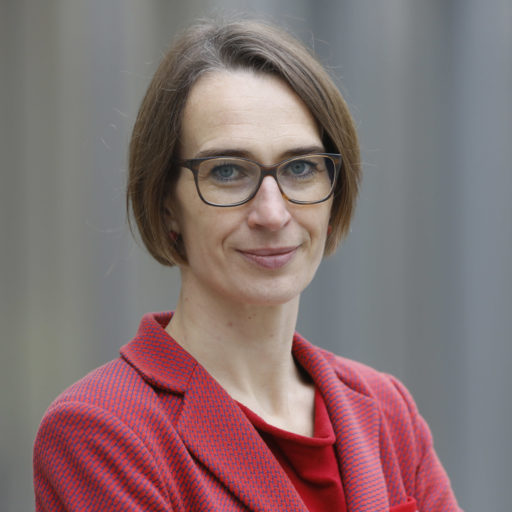