The Proposed Child Rights Amendment to the German Constitution

The new year started with a surprise for child rights advocates in Germany. After decades of partisan debates on the constitutional status of children, newspapers reported on January 11 that a working group of the governing coalition finally agreed on an amendment to the German Constitution (Basic Law) which would incorporate the rights of the child into Article 6 (2) which hitherto only protected marriages and families. Although this step would fulfil a central promise of the government (see p. 21 of the Koalitionsvertrag), the proposed amendment in its current version would be incompatible with international and European law for several reasons.

First, it would significantly lower the level of protection of the ‘best interests of the child’ – below what is required by Article 3 (1) of the Convention on the Rights of the Child (CRC) and Article 24 (2) of the Charter of Fundamental Rights of the European Union (European Charter). Second, the amendment only includes “constitutional rights of children,” creating the contradictory presumption that some rights of the child might be unconstitutional. Overall, the amendment seems misplaced under Article 6 (2) of the Basic Law and codifies a selective, incoherent, and regressive approach to the rights of the child. The legislator should therefore revise the proposal in accordance with established international and European law before even considering amending the German Constitution.

The Sounding Dissonance between the Child Rights Amendment and International Law

“The constitutional rights of children, including their right to the development of an independent personality, shall be regarded and protected. The best interests of the child shall be appropriately regarded. The constitutional guarantee for children to be heard shall be observed. The principal responsibility of parents shall remain unaffected.” (translation by the author, see original text here)

The first sentence of the proposed amendment can be understood in two possible ways. “Constitutional” could be read as merely stating that children’s rights are of constitutional rank. Despite being an example of circular legal drafting, this interpretation would do little harm. However, the second way of reading the first sentence could imply that some rights of the child might be unconstitutional – a presumption, which is not only contradictory, but which would also open universally accepted international law to the scrutiny of German courts. Even more confusing, the amendment refers directly to the right to development and the right to be heard, Articles 6 (2) and 12 of the CRC respectively, without even mentioning the dozens of other rights which are equally important. The selection of those two rights over others, for instance, children’s inherent right to life (Article 6 CRC) or their right to live free from discrimination (Article 2 CRC) seems rather arbitrary.

Moreover, placing the rights of the child under Article 6 (2) of the Basic Law obscures their origin in international law and diminishes the symbolic value of the amendment. Children’s rights originate from the consensus of the international community that children as such have special rights and deserve a higher level of protection than adults. Article 6 of the Basic Law, however, concerns the protection of marriage, families, and the natural right of parents to care for their children. Regulating the rights of the child in the same Article as those of parents and families would thus be a systematic misfit. Children possess individual rights independent of their parents and despite being members of their families. It would therefore be more appropriate to enshrine children’s rights in a more prominent position under Article 2 (1) (for a different reasoning with the same result see Michael von Landenberg-Roberg).

The second major issue concerns an apparent conflict between the text of the amendment and the so-called ‘best-interests of the child principle’ – one of the four fundamental principles and core values of the CRC (see UN Committee on the Rights of the Child, General Comment No. 14, para. 1). According to Article 3 (1) of the CRC, “In all actions concerning children […] the best interests of the child shall be a primary consideration.” The United Nations Committee on the Rights of the Child, the international treaty body which is tasked with interpreting the CRC, regularly stresses the importance and broad scope of the best interests principle (see John Eekelaar and John Tobin, Art. 3: The Best Interests of the Child, pp. 74 et seqq.). The strong wording, making children’s interests “a primary consideration,” in conjunction with the committee’s broad interpretation has established a remarkably high standard of care. Therefore, states are required to justify any interference by laying out valid reasons as to why other interests superseded those of the children (see Michael Freeman, Article 3: The Best Interests of the Child, pp. 44-60). All in all, children’s interests are of considerable importance whenever the state makes a decision which might affect children as individuals or as a group.

Unfortunately, the high standard in the CRC is not at all reflected in the draft amendment which only mentions that “The best interests of the child shall be appropriately regarded.” While, according to various news outlets, this part of the amendment was particularly controversial, the ruling party CDU/CSU ultimately prevailed with the “appropriateness” standard. This is regrettable, because it lowers children’s protection under the Constitution below what is required in the CRC. “Appropriately regarding” children’s best interests or “taking it as a primary consideration” are two completely different levels of protection which cannot co-exist in the same constitutional order. It should also be mentioned that Article 24 (2) of the European Charter follows the language of the CRC: “[…] the child’s best interests must be a primary consideration.” (German: “[…] muss das Wohl des Kindes [die] vorrangige Erwägung sein.“) Hence, the amendment would not only violate a fundamental principle of international law, but also European human rights law.

A third point of criticism relates to the amendment’s last sentence which protects ‘parents’ responsibilities’ from any infringement by children’s rights. Despite the slight irony of this clause, it calls into memory the long and controversial debate in the U.S. Senate about parents’ right to raise their children according to their will which, in the end, led to the U.S. being the only state which did not ratify the CRC.

However, the idea that children may gain rights against their parents is an unfortunate misconception. In contrast, the CRC openly states the importance of the “family as the fundamental group of society” and emphasizes that “states parties shall respect the responsibilities, rights and duties of parents, […] to provide, […] appropriate direction and guidance […]” (Article 5 CRC). Therefore, children’s rights in the CRC do not abridge parents’ responsibilities, but rather provide children with independent rights and protections, rendering the last sentence of the amendment superfluous.

It is fairly obvious that the proposed amendment would be a step back from the current protections of the rights of the child under German law. The text is incompatible with Germany’s obligations under international and European law and encapsulates a regressive idea of the role of children in our society. Additionally, such an unsound proposal on a rather uncontroversial topic would cast considerable doubt on Germany’s self-portrayal as an international champion of human rights.

Fortunately, a two-thirds majority in both chambers of parliament is needed to pass any amendment to the constitution (see Article 79 Basic Law) – which requires a significantly larger coalition than the administration currently has. To shape the amendment into a version which is in accordance with international and European law, Article 24 of the European Charta could serve as a useful blueprint. Also, considering the almost universal acceptance of the CRC, it would not be too outrageous if the amendment would include a direct reference to the “internationally recognized rights of the child” (for progressive examples mirroring the language of the CRC see: Article 28 of the South African Constitution, the Austrian Bundesverfassungsgesetz über die Rechte von Kindern, or Article 104 of the Norwegian Constitution; for a comparative study see: Conor O’Mahony, Constitutional Protection of Children’s Rights). This way, Germany could ensure compliance with international law, reaffirm its strong commitment to human rights, and strengthen the CRC. 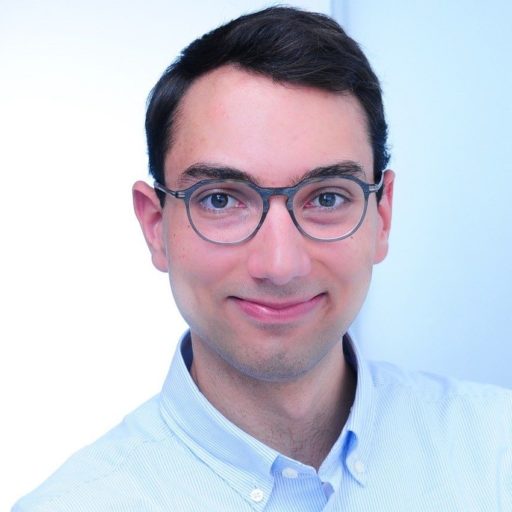 Jan-Phillip Graf Jan-Phillip Graf is a research associate at the Institute for International Law of Peace and Armed Conflict at Ruhr-University Bochum where he writes his PhD in law on the rights of the child.