A Constitutional Framework for Bundeswehr Operations Abroad Based on International Law

The new national security strategy must also address the security policy role of the Bundeswehr. One may doubt whether Germany’s security really has to be defended in the Hindu Kush. However, in a multipolar and tension-ridden world order, Bundeswehr deployments abroad will not lose their significance for security policy. Such missions must be based on solid constitutional foundations. In its present form, the Grundgesetz (Basic Law) does not adequately establish a legal basis for such missions. That is why I, in agreement with several voices, plead for the constitutional legislator to take action. International law should be both guiding principle and restraining limit. Foreign deployments must be permitted under constitutional law, but only if they do not violate international law.

A state without armed forces

The Grundgesetz of 1949 was based on a security policy without a West German military. Against the background of the unprecedented war of conquest waged by Germany under Nazi rule, this was less due to the self-awareness of West German politicians than to the directives of the victorious powers of the Second World War. At the Potsdam Conference in 1945, Great Britain, the Soviet Union, and the United States of America had decided to demilitarise Germany. Article 24 II GG provided for the possibility of integrating the Federal Republic into a system of mutual collective security, although it remained open how the West German contribution to such an alliance should look like. Due to the lack of explicit provisions on armed forces in the Grundgesetz, the integration of West German armed forces into a planned European Defence Community (EVG), sought by the Adenauer government, led to the „Kampf um den Wehrbeitrag“ (battle over the military contribution) being fought out before the Federal Constitutional Court between 1952 and 1953. The issue was so pertinent that Konrad Adenauer formed a broad government coalition with several smaller parties after the September 1953 elections, although the CDU/CSU was only one seat short of an absolute majority. In this way, by means of a two-thirds majority, it was possible to establish in Article 142a GG that the Grundgesetz did not preclude the EVG Treaty (nevertheless, the EVG ultimately failed due to a lack of support in the French National Assembly).

Authority to use armed forces for the purpose of defence

In 1956, Article 87a was introduced into the Grundgesetz. After the Paris Treaties had prepared the ground for the admission of the Federal Republic of Germany to NATO, the article now provided for the formation of armed forces. The version at the time already expressly emphasised that these were to be „for purposes of defence“. The Bundeswehr, too, was to be committed to the goal of peacekeeping enshrined in the preamble of the constitution.

With regard to the armed forces, the 1968 Notstandsverfassung (Constitution on Emergency Powers) then aimed above all to expand and specify the powers for their domestic deployment. According to the Legal Affairs Committee of the Bundestag, however, the provisions on the deployment of the armed forces as a whole were to be bundled in the adapted Article 87a GG – with the exception of disaster relief. Accordingly, its paragraph 2 stipulates: „Apart from defence, the Armed Forces may be employed only  to the extent expressly permitted by this Basic Law“. The Legal Affairs Committee emphasised that this was intended to „exclude any inference of unwritten competences by reason of the nature of the matter“. The permissibility of deployment of the armed forces abroad is not further discussed in the legislative materials. In any case, Bundeswehr missions outside NATO territory were not on the agenda in the context of the Cold War. Even after the Federal Republic joined the United Nations in 1973, legal literature initially argued that there was no sufficient constitutional basis for foreign deployments within the United Nations framework.

The judicial opening of the Grundgesetz for out-of-area operations

It was the Federal Constitutional Court that, under changed geopolitical conditions, further developed the constitutional framework for out-of-area operations of the Bundeswehr. In 1991, after the end of the Cold War, the NATO states had developed a strategic concept that also covered so-called out-of-area missions to support and implement United Nations Security Council resolutions outside the territory of NATO member states. Subsequently, Germany deployed Bundeswehr AWACS aircraft to Bosnia-Herzegovina to monitor a no-fly zone imposed by the Security Council and German soldiers to Somalia as part of a United Nations peacekeeping mission. The question of the constitutional basis of foreign deployments thus gained practical relevance.

As early as the late 1980s, in a Heidelberg colloquium, leading constitutional and international law experts had almost unanimously questioned the interpretation according to which the Grundgesetz prohibited the Bundeswehr from participating in United Nations peacekeeping missions. In 1994, the Federal Constitutional Court took up the arguments in the AWACS/Somalia decision for NATO missions. In doing so, it relied on Article 24 II GG. The Federal Constitutional Court argued that the norm not only covered accession to a system of collective security, but also the „use of the Bundeswehr for operations […] within the framework and according to the rules of this system“. To compensate for the broad interpretation of Article 24 II GG, the Federal Constitutional Court developed (or invented) a parliamentary reservation according to which consent of the Bundestag is required for deployments of German armed forces abroad.

The Federal Constitutional Court’s broad interpretation of Article 24 II GG, however, by no means completely resolves the questions of the scope for deployments of the armed forces abroad. For example, evacuation missions of the Bundeswehr not carried out within the framework of a collective security system remain constitutionally precarious. Including personal defence in the concept of „defence“ in Article 87a II GG breaks with the historic interpretation of the term and bears the danger of an overly broad interpretation of the concept of defence based on duties to protect. The successful evacuation missions in Albania (1997), in Libya (2011), and in Afghanistan (2021) are not evidence of a clear constitutional grounding of the missions. On the contrary, they have given new fuel to the debate on the lack of Constitutional Court review authority regarding the substantive legal basis of foreign deployments.

The legality of the deployment of armed forces for collective self-defence of an attacked state is also not ensured constitutionally. The war in Ukraine demonstrates that collective acts of self-defence in the sense of Article 51 UN Charter in favour of an attacked state should be constitutionally possible (even if there are sound policy reasons for not sending German troops into a direct conflict with Russia, which is armed with nuclear weapons). It is true that in the literature the term „defence“ in Article 87a GG is increasingly interpreted in this sense, and rightly so (this is also the position of the Wissenschaftlicher Dienst des Bundestages (the Bundestag’s research services)). In some cases, however, the term is understood to mean only „defence of an alliance“. In its Lisbon ruling, the Federal Constitutional Court inadvertently (?) adopted an even narrower interpretation. A constitutional amendment could thus contribute to clarification.

Linking constitutional law with international law promises to provide satisfactory solutions to these open questions. Under international law, it is increasingly accepted in state practice that the rescue of one’s own nationals in absolute emergency situations abroad does not violate the prohibition of the use of force (see here for the position of the Federal Government). Moreover, as already emphasised, the collective right of self-defence is recognised in international law under Article 51 UN Charter. I therefore support the proposal by Helmut Aust and Claus Kreß to reform Article 87a II GG as follows: „Abroad, the armed forces may only be deployed insofar as this is compatible with international law; domestically, only insofar as this Basic Law expressly permits it“.

Limits imposed by the prohibition of the use of force

A constitutional link between the deployment of armed forces abroad and international law in no way leads to a blank check for such operations. Quite the contrary: The prohibition of the use of force laid down in Art. 2 para. 4 UN Charter limits the scope of foreign deployments. The use of force on the territory of another state is only permissible if the UN Security Council has authorised states to take coercive measures under Chapter VII of the Charter or under the right of self-defence under Article 51. While the scope of these provisions is sometimes disputed, the majority of states have strongly opposed attempts to weaken the prohibition of the use of force made since the end of the Cold War. According to the proposal supported here, a participation of German troops in the Iraq war of 2003, but also in the NATO intervention in Kosovo in 1999 (without a Security Council mandate) would not only have been contrary to international law, but also unconstitutional. The commitment to international law could thus help to put an end to one of the basic scourges of the Western states‘ foreign policy: double standards.

The postulated „Zeitenwende“ should not be understood simply as a historic opportunity to quickly pass the proposed reform in parliament. Even beyond the specific occasion of the Russian attack on Ukraine, the substance of the constitutional provisions on defence appears to be in need of reform. While the amendment of Article 87a GG to enable the „Sondervermögen“ (special fund) of 100 billion Euro for the Bundeswehr is already in full swing, the proposal supported here requires an in-depth parliamentary debate. According to the opinion expressed here, the Basic Law should tie Bundeswehr missions abroad to their compliance with international law. For, as the conveners of this symposium emphasise, German security policy also has a responsibility to the international order and to uphold and enforce international law. 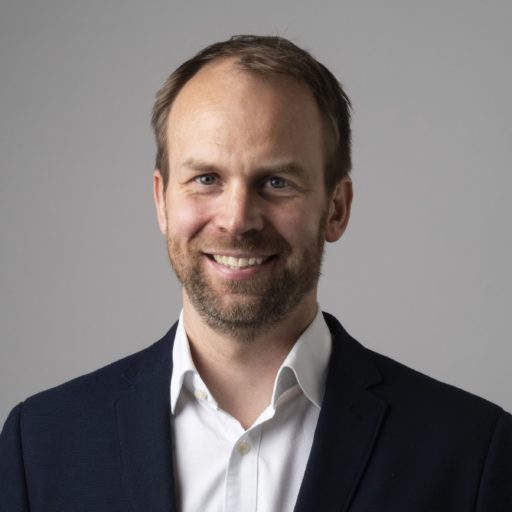 Felix Lange Dr. Felix Lange, LL.M. (NYU), M.A. is a Postdoc at the DFG research group "The International Rule of Law - Rise or Decline?" at Free University of Berlin.