A game hacked by the dealer

There are many ways a government can capture the judiciary and influence judgements even without taking explicitly confrontative legislative actions. Some European countries have shown examples of supressing judges by criminal or disciplinary procedures or paying off the judiciary with bonuses or salary raises. However, the most effective way, since it is almost invisible, is when the court administration makes sure that the ‘right judges’ will get the important cases.

At the Kúria, the Supreme Court of Hungary, there are several reasons for concern: A case allocation rule laid down by the court president without the effective control of judicial self-governance, the actual distribution of cases including human intervention, the lack of transparency and the lack of remedies in the procedure, and the wide possibility to reallocate cases contain the inherent risk that cases in Hungary might not be decided by a court ‘prescribed by law’. Moreover, the present case allocation rule of the Kúria yields great power to the President of the Grand Chambers by letting him set up uniformity complaint panels for certain cases. This system subordinates certain judges and presiding judges to others and clearly violates the international standards regarding the allocation of cases.

International standards for the allocation of cases

The impartial and legitimate allocation of cases is crucial for guaranteeing the right to a fair trial. The Universal Charter of the Judge laid down by the International Association of Judges (IAJ) and also the European Network of the Councils for the Judiciary (ENCJ) developed detailed standards for allocation of cases. According to these standards, the procedure shall be based on objective rules and include the right to a fair trial, the independence of the judiciary, the legality of the procedure, the nature and complexity of the case, the competence, experience and specialisation of the judge, the availability and workload of the judge, the impartiality of the judge and the public perception of the independence and impartiality of the allocation.

The European Court of Human Rights (ECtHR) established that if doubts regarding the impartiality in the allocation of the case were objectively justified, Article 6 (1) of the Convention was violated (See cases Daktaras v. Lithuania [2000] and Miracle Europe Kft v. Hungary [2016]). In the latter case regarding Hungary, the Court found the discretional transfer of cases from one court to another by the President of the National Judicial Office in violation of Article 6 (1) of the Convention. The court assessed that the phrase ‘established by law’ covers not only the legal basis for the very existence of a tribunal but also compliance by the tribunal with the particular rules that govern it and the composition of the bench in each case. The ECtHR also noted that the competence of the assignee court was determined by the decision of the President of the National Judicial Office, who was elected by Parliament and not within a system of judicial self-government. The discretionary nature of the reassignment manifested itself in the fact that there were neither ascertainable reasons nor criteria as to which cases were to be transferred, and this situation was ultimately capable of creating the appearance of lack of independence and impartiality and did not offer the foreseeability and certainty that is required in order for a court to be considered ‘established by law’.

For the reasons mentioned above, case allocation is a sacred issue in most countries. In Austria, which has a general legal system similar to that of Hungary, the Constitution declares that case allocation rules shall be fixed by the law and despite the ministerial administration of courts, the local judicial committees (Personalsenat) define the rules of allocation. In Germany, it would be almost unthinkable to transfer a case from one judge to another or a certain judge who will deal with an ongoing case, and a body where majority is elected by peer judges (Präsidium) has final word in the allocation of cases. They have allocation rules not only for each court but also for each chamber. In these countries a computer counts the cases and guarantees that all cases are assigned to judges in a predefined way and excludes the possibility of intervention by external or internal actors. The legal regulation of the Hungarian case allocation system is very similar to the German one. But without a computerized, automated allocation and by giving a key role to the court president, the Hungarian system results in a very different practise.

The allocation of cases in Hungary

In Hungary, the ‘Act on the Organisation and Administration of Courts’ prescribes that the judge to be appointed for a case shall be selected according to the ‘case allocation rule’. The case allocation rule of each court is laid down by the court president upon hearing the opinion of the conference of judges and the ‘collegium’ (division). However, the opinion of the judicial self-governing body is not binding and not even published, while the case allocation rules are accessible on the court’s webpage. The case allocation rule defines in advance the structure and number of the chambers of the court, the type of cases generally assigned to judges (chambers), and also the rule of substitution, and designate the court leader (either the court president or the subordinate court leader) to be in charge of the allocation of cases and the methods by which the cases are allocated. These provisions demand a fixed composition of chambers because the regulation becomes pointless without it (Act 161 of 2011 Section 8-10).

At appeal courts in Hungary, judges are assigned to chambers according to the case allocation rule, and each chamber is led by the Head of Chamber (presiding judge) who is appointed following an application procedure by the court president. A judge can be assigned to a new chamber by being newly appointed to the court, by temporary secondment, but also by the discretionary decision of the court president. There is no legal obstacle to transferring a judge from one chamber to another without the consent of the judge.

In theory, the case allocation rule defines exactly which judge or chamber gets the next case. If there is a specialization, it also defines how it shall be distributed among the judges. Nevertheless, these rules can be vague and difficult to check. This gives the court president plenty of room to manoeuvre. Neither the parties nor the judge can follow whether the case was allocated in accordance with the rules or if there was a justifiable or malicious deviation from it. There is a recurrent debate in the Hungarian judiciary over automated and computerized allocation of cases. The arguments often brought forward against introducing such a system typically refer to the different experience and competences of judges, the unequal case load, and the comparatively large fluctuation that generates a large number of case reallocations each year.

How court presidents can misuse their powers

There are several occasions when court presidents can misuse their powers regarding case allocation rules to influence the outcome of court cases. One typical scenario is this: A judge who had several years of experience adjudicating in immigration cases was suddenly getting no more of these cases after officials of the Immigration Authority complained to the President of the Administrative Court about certain judgments. This judge was setting aside certain regulations of the Asylum Act that defined Serbia as a ‘safe country’, alleging this regulation to be contrary to EU law. There is no remedy against the allocation of cases by the President of the Administrative Court.

Another scenario could involve a judge dealing with civil cases regarding personality rights issues at a first instance court and applying for a position at the appeal court since there was a vacancy in the appeal chamber that adjudicated in this field of civil law. Despite the fact that the president of the appeal court did not support this judge’s promotion, the judge succeeded in being appointed. During the application procedure, the president changed the case allocation rules and transferred the newly appointed judge to a different chamber, which was not allowed to deal with personality right cases according to these newly changed rules, and a different judge was transferred to the personality rights chamber who had no experience in this special field of law.

These stories show how court presidents can change the case allocation rule and prevent judges from dealing with certain cases, either by changing the rules of distribution or moving the judge to a different chamber. At the end of the day, the cards can be played in a way that assures that sensitive cases are dealt with by trusted judges.

The reality at Kúria

The Kúria deals with appeal cases, revisions and in some matters (i.e. elections, referendums, reviewing local government decrees) it is the one and only judicial forum. The impact of the Kúria on adjudication was raised even more in 2020 when a special panel for uniformity complaints was set up which could annul any decisions of the ordinary panels of the Kúria. Moreover, a quasi-precedent system has been introduced in Hungary as each decision of the Kúria is binding not only on judges of the Kúria but also on lower courts, where judges need to justify if they deviate from the case law.

The newly elected President of the Kúria András Zsolt Varga also deserves attention in this discussion. He is a former member of the Constitutional Court and former deputy to the Prosecutor General. The National Judicial Council (with a vote of 13:1) did not support his election due to his lack of judicial experience and the fact that only ‘tailormade legislation’ made his nomination possible, which violates the principle of rule of law. The ECtHR concluded in the case Miracle Europe Kft v. Hungary that the discretional case transfer ordered by the President of the National Judicial Office – elected not by the judges but by Parliament – violated the right to a fair trial. It is unlikely that the ECtHR will come to a different conclusion regarding the binding decision of the uniformity complaint panel, passed by judges carefully selected and administered by András Zsolt Varga. 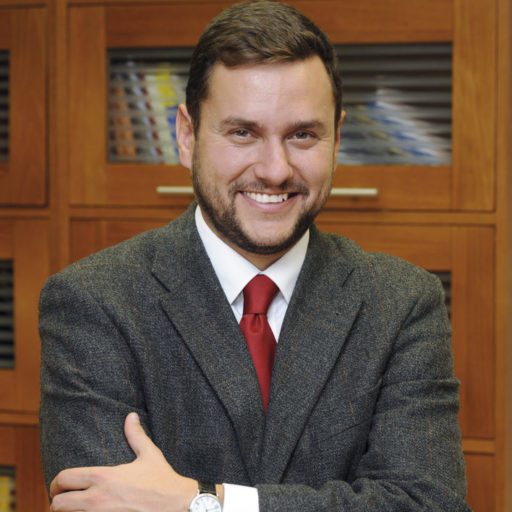 Viktor Vadász Viktor Vadász is a criminal judge at the Metropolitan Court of Budapest. He is a member and spokesperson of the National Judicial Council. Since June 2019, he has represented the Hungarian Council on the Executive Board of the European Network of Councils for the Judiciary (ENCJ). 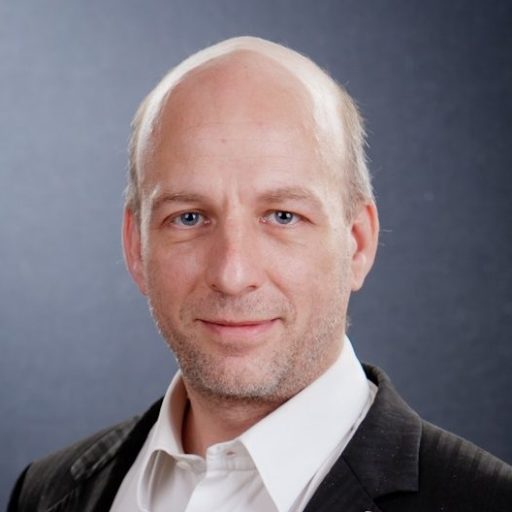