First of all: due to a death in the family, I can only deliver a slimmed-down version of the editorial this week, please understand.

The topic would have been obvious: Sebastian Kurz.

The incumbent Federal Chancellor of the Republic of Austria is about to be criminally indicted because, according to the Austrian Economic and Corruption Prosecution Authority (WKStA), he has lied to a parliamentary enquiry committee.

The whole affair has a pleasant, almost comforting 20th century ring to it, doesn’t it? It’s not the crime, it’s the cover-up: that’s how it’s always been since Richard Nixon and Watergate. It’s not their crookedness itself that is the undoing of the powerful, but their frantic, lying, petty efforts to escape the truth and cover their tracks: the low threats and briberies, the pathetic lies, the lame excuses. Suddenly they become visible as weak and miserable creatures, and that is what no politician can ever recover from. 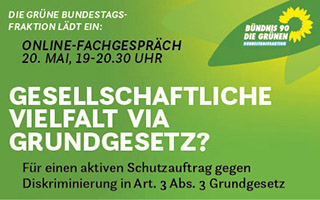 Wouldn’t it be nice if we still lived in a world where a politician has to resign because he lied to parliament? There would be no Trump, there would be no Johnson and there would be no Kurz. But we don’t, I’m afraid. The Trumps, the Johnsons and the Kurzes lie completely unapologetically. Why wouldn’t they? Those who convict them of lying only mark themselves as their political enemies, on whom they can execute and thus consolidate their power: Liz Cheney, media, judiciary, parliament, committees of enquiry, economic and corruption prosecutors, you name it. Every scandal only makes them stronger. They are stuck in the system like chewing gum. Once they’re in power, you can’t get them out without a process as long, painful and unsavoury as we can perhaps even imagine.

Markus Söder, the Bavarian hope of the German Conservatives, is known to have thoroughly studied the astonishing career of his young friend and southern neighbour Sebastian Kurz. We, in turn, will thoroughly study the lessons he has been or could be learning from it.

The Kurz affair has already produced this much: because Kurz’s finance minister and friend Gernot Blümel summarily ignored the Constitutional Court’s order to hand over documents to the investigative committee, the court authorized Federal President Alexander van der Bellen to execute its ruling. The head of state as bailiff: that has never happened before. In turned out: the president did not have to deputize the federal army to the Ministry of Finance to seize the files after all – but still… RAPHAEL ULBING sheds light on the constitutional and political background.

In recent years, the case law of the ECJ has played a significant role the fight for the rule of law in Poland. Now, with the „Xero Flor“ ruling of May 7, the ECtHR has entered the ring, writes MATHIEU LELOUP. In its ruling, the ECtHR confirmed that the Polish „Constitutional Court“ is unlawfully composed. MARCIN SZWED reports on what should happen and what will happen after the Xero Flor ruling.

9 May 2021 saw the official launch of the Conference on the Future of Europe. 70 years of Europeanization have not yielded a European people, nor created a European federal state, but ARMIN VON BOGDANDY argues that they have given rise to a European society.

Anyone who has survived criminal proceedings in their own country can still be sought by another country for the same offense through Interpol. Does this inconvenience violate the prohibition of double jeopardy? The European Court of Justice has issued a very interesting ruling on this, which FELIX KRÄMER analyzes.

Yesterday, Bulgaria’s president appointed an interim government, making the dissolution of the 45th National Assembly imminent – less than a month after it was first convened. RADOSVETA VASSILEVA argues that this National Assembly, though short-lived, may have paved the way for much-needed reforms.

FELIX EKARDT was one of the attorneys in the lawsuits against the German federal climate change law. While the ruling represents a legal revolution, he said, it also has significant weaknesses. CHRISTINA ECKES wonders, in light of this revolution, whether the judges in the ruling might be undermining the separation of powers by forcing political actors to act. She concludes, however, that the ruling of the Federal Constitutional Court confirms a functioning system of separation of powers.

Beyond the actual decision of the Facebook Oversight Board in the „Trump Ban“ case, ORESTE POLLICINO, GIOVANNI DE GREGORIO and MARCO BASSINI are much more intrigued by how the Board moves away from the American First Amendment doctrine towards European standards of proportionality.

In another matter, Facebook now has to deal with the Hamburg Data Protection Commissioner: On Saturday, WhatsApp’s new terms of use and privacy policy come into effect, making it even harder for users to control their own data. Now, the Hamburg data protection authority issued an order prohibiting Facebook Ireland Ltd. to process personal data from WhatsApp. An unusual step, as SEBASTIAN BRETTHAUER explains.

If you want to draw attention to a conference, a job offer, a CfP or a book release, you can do so on Verfassungsblog. Our weekly editorial is sent out to more than 10,000 constitutionalists world-wide!

The GoGiveOne campaign is calling on individuals to donate money so that COVID-19 vaccines can be distributed globally. What sounds like a way to ensure vaccine supply in the Global South, is strongly criticized by TARA VAN HO.

In the week in which France commemorated the 200th anniversary of Napoleon Bonaparte’s death, the German Bundestag, without any dissenting votes, approved a law to establish a Chancellor Helmut Kohl Foundation. FRANK GROOTENS and FREDERIK ORLOWSKI ask whether the foundation blocks the way to an enlightened politics of remembrance.

In Berlin, an ongoing campaign is seeking to transfer the apartments of large real estate companies into common ownership. On May 10, they presented their draft of a law to make this happen, should their campaign be successful. JOHN PHILIPP THURN explains why Berlin’s state constitution does not stand in the way of such socialization.

Our major online symposium, „Power and the Covid-19 Pandemic„, which we co-organized with JOELLE GROGAN and Democracy Reporting International, came to a close this week. It concluded with a series of panel discussions and you are invited to listen to them here. The entire project was a major effort. Like last year, our country reports cover no small part of the world map. We are proud of that.

So much for this week. Please don’t forget: We remain dependent on your support!

Maximilian Steinbeis Maximilian Steinbeis is a legal journalist and writer and the founder and chief editor of Verfassungsblog.
No Comments Join the discussion
to receive information about new articles and services of Verfassungsblog.de. I know that I may withdraw my consent at any time. More information in the privacy policy.
Verfassungsblog complies with the new GDPR.
Read about it in our Privacy Policy. I opt-out
permanently of anonymized tracking via Google Analytics on Verfasssungsblog.de. This will create a cookie on your device to save your decision.
Nach oben