After the Italian Referendum

So much was at stake for Italy, its political class and its economy, and for the European Union (EU) and its member states in the country’s failed referendum on constitutional reform. In the EU, Germany is a particularly sensitive case. The relations between Germany and Italy are a focal point in Europe. They used to be in an asymmetric, albeit comforting, equilibrium. Hans Magnus Enzensberger, in his “Ach Europe”, a collection of essays on the not-so-powerful member states, has captured the German view well: consternation about Italian administrative and other odds on the one hand, deep admiration for the incredible beauty of the country, its culture and charm on the other. From the Italian perspective: an honest respect and admiration for the well-functioning country in the north, but smiling irony about the German way of life, imbued with a certain self-confidence, not least in football, where a legendary last-minute victory in the 1970 World Cup semi-final was followed by many more, albeit less dramatic, ones.

There is a very long, rich and chequered history to such perceptions. This history is anything but comfortable. Traces of the bitter experiences with Germany in World War II are visible in so many areas of the peninsula. And yet, until very recently, Italians have been unconditional supporters of the European integration project, and the comforting equilibrium in its relations with Germany appeared firmly entrenched. But the financial crisis ended all of that. Germany, its government and its prevailing public opinion shared the Urteil of the financial markets about the state of the two economies. Lo spread, the discrepancy in the interest rates the two countries must pay, mirrors the existing difference in their economic cultures. Southern profligacy comes at a price, Italians have been told, too often in what they perceive as humiliating tones. Ruthless austerity destroys our economy and the social fabric of our society, and cleaves the citizenry of Europe.

In my tiny little village in Chianti, where I have spent the better part of the year for more than two decades, il professore tedesco is still well-liked. But he has to listen to angry complaints about his country and was confronted with the whole country’s Schadenfreude after the Volkswagen emissions cheating scandal. During conferences and other academic encounters, these reproaches are more sophisticated but equally bitter. On both sides of the Alps a disentanglement of these debates is badly needed but difficult to accomplish.

The present Italian difficulties with the EU reach far back. Giandomenico Majone, the renowned political scientist, argues on the basis of intense historical research that the asymmetry between Italy and Germany is the outcome of a much older story that begins with internal divergences within Italy. The gap between the highly developed North and the agricultural South persisted and deepened after the unification of Italy in the 19th century. This remained a strain throughout the European integration process, and was not overcome, but was even aggravated, by the establishment of Economic and Monetary Union in the Treaty of Maastricht. Maurizio Ferrera, Professor of Political Science at the University of Milan, has recently confirmed and refined these observations. “Beneath Italy’s malaise,” he submits, “there is a resilient pounding heart. The country still has a wide and robust industrial base and is the seat of Europe’s second largest manufacturing sector.” And yet, the malaise is deep and has manifold causes in the malfunctioning of the administration, in the magnitude and costs of the political machinery, and in many further inefficiencies.

Hans Magnus Enzensberger dealt with Italy a second time in 2011 in his polemic against the bureaucratisation of the European project. His empathy led him to predict that precisely because of its ability to synthesise chaos and creativity, Italy would overcome the crisis. This expectation did not materialise, however. Italy’s governance patterns are in bad shape. There was every reason for Prime Minister Matteo Renzi to initiate institutional reforms with the aim of putting an end to the anything-but-workable bicameralismo perfetto, to reorganise the relations between the state and the regions, to put an end to the restless and too-often failed search for the majority needed to carry through reasonable and badly needed reforms.

But a Si in the referendum would not have been a guarantee for a successful renewal. To cite Ferrera: “To (re)gain momentum,” Italy’s big industrial engine “needs today incisive internal maintenance and re-adaptation.  Above all it needs to be complemented with a much more efficient service sector (which should itself become a second engine for growth and employment) and to be supported by a more favourable institutional environment –including a modernised welfare state.  A lot of dirty bathwater must be thrown away, especially in terms of bad regulations, rent-subsidising protections, clientelistic distributions.”  We can only hope that a success of Renzi’s referendum institutionally was not an indispensable precondition for this type of take-off.

Be that as it may, rather than rely on the rescue potential of the European Central Bank when lo spread eventually returns, we should consider the challenges for Italy, the rest of Europe and Germany in particular. They have become more threatening, but the difference is only one of degree. The patterns of Europe’s crisis politics have to be re-examined. This means, first of all, dismissing the one-size fits-all strategies and taking the varieties of European economies and societies into account in the design of cooperative and corrective measures. It means, by the same token, taking seriously Hayek’s warnings against the pretence of knowledge, which is inherent in centralized command-and-control responses to the multifaceted problem constellations within the EU. It furthermore means dismissing the “we-pay-you-obey” conditionality, which in particular Germany defends so rigorously. Even in times of crisis, EU member states have to respect each other as equals and to replace the imposition of conditions for assistance by concepts of inter-state justice. And Italy? The rejection of Renzi’s constitutional reform means that the country should be more aware than ever of the necessity to use its rich resources and great talents for a shift from political unrest to constructive reforms if it is to rebuild its autonomy.

This article has previously been published on the Hertie School Research Blog and is republished here with kind permission by the author.

Other posts about this region:
Deutschland, Europa, Italien 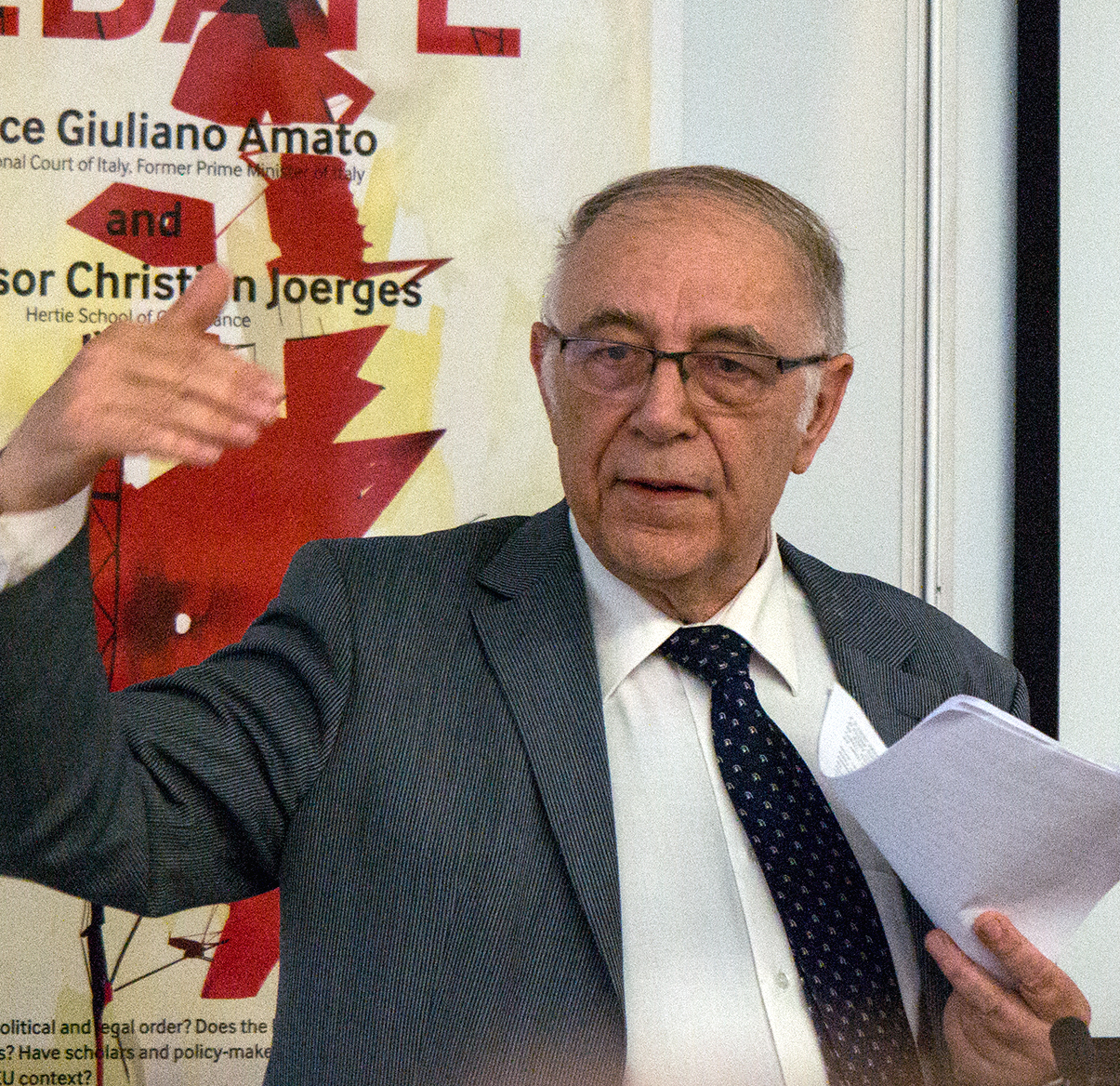