The prospect of Russian withdrawal from the Council of Europe (CoE) has been actively discussed during the past two months, including two excellent contributions on this blog (here and here). However, as often in cases of state backlash/pushback against international courts, the focus has mostly been on the external dimensions. States, though, are rarely ‘black boxes’, where different political actors have a uniform approach. Russia, despite its highly centralized appearance, is no exception. This post outlines the domestic state of play and contrasts the positions of interested parties.

The question of CoE membership concerns different Russian institutions with different stakes in the Strasbourg system. The most aggressive statements towards the CoE came from the two houses of Russian parliament. This is hardly surprising, given that, so far,  parliamentarians have been the only ‘casualties’ of the dispute between Russia and other CoE members. In the wake of the conflict in Ukraine, the Parliamentary Assembly of the Council has suspended its Russian members. Subsequently, the delegation from Russia has continuously refrained from presenting its credentials. On top of that, in 2017 Moscow has virtually stopped paying its dues to the CoE. That decision is explicitly linked with the dispute in the Assembly, as recently confirmed by a top Russian diplomat.

The Russian parliament, though, is not the only force in play. Other domestic actors, in contrast, have a stake in continued Russian membership of the Council. For the Ministry of Justice, the representation before the Court in Strasbourg is one of the few institutionally important tasks. In recent years it used this position to become one of the ‘operators’ of domestic pushback against the Court.

In doing so, the Ministry of Justice joined forces with the Constitutional Court. The product of their cooperation is the 2015 amendments to the law organizing the Court. They made the Ministry the only body with the competence to challenge the enforceability of Strasbourg judgments in Russia. The final judgment is then made by the Constitutional Court.

This power has been used sparingly so far. The first case concerned prisoner voting rights, an issue which was both contentious at the international level and hard to reconcile with the constitutional text. The second case touched upon one of the core interests of Russia’s ruling group – the distribution of property.

If one of such core interests is threatened, the Russian state can take drastic action. In 2016 when the investigation by the Prosecutor of the International Court challenged Russia’s ability to use unrestricted military force, Moscow simply withdrew from the Court. Proceedings before the Constitutional Court offer a less dramatic alternative to withdrawal from Strasbourg. Instead of severing ties, Russia can refuse to enforce those judgments of the European Court that threaten its core interests.  ey 6 e-so By being ‘operators’ of domestic pushback against Strasbourg, the Ministry of Justice and the Constitutional Court empower themselves politically and can thus work  to prevent Russia’s withdrawal from the CoE in order to secure their position. Without CoE membership, the clout of the two institutions would shrink substantially.

The stance of the powers steering the pushback is highlighted by public statements of officials in question. The Constitutional Court President Valery Zorkin, for example, has referred to them on many occasions. Just a month ago, in the government newspaper, he called for Russia to establish a doctrine of constitutional identity to defend its ‘core values’ from international human rights courts. If he were he to contemplate a near withdrawal from the CoE, such calls would not be necessary.

Further underscoring the lack of consensus among the various institutions, the Russian Bar Chamber recently issued a rare public appeal for the country to stay in the CoE. Intriguingly, the statement highlights the consequences of a possible Russian withdrawal for the moratorium on capital punishment, which has been effectively in place since 1996. Most recently, the issue was addressed by the Russian Constitutional Court in November 2009. The Court called the abolition of capital punishment ‘an irreversible process’. Yet it also linked it with Russia’s accession to the CoE and the signing of the Sixth Protocol. Furthermore, ‘it did not prejudice’ the parliament’s prerogatives over the ratification of the Protocol (which has been pending since 1999)

This makes it entirely unclear what will happen with the moratorium were Russia to withdraw from the CoE and the Convention system. In the course of the last 15 years the death penalty has been slowly losing its popular appeal. Yet around half of Russians (down from two thirds) still support it. This helps explain why the parliament is dragging its feet for so long.

However, reintroducing capital punishment would be a momentous step, contrary to regional tendencies. Out of all post-Soviet states and territories (including internationally unrecognized ones), only Belarus has executed people in the past 10 years. Tellingly, President Vladimir Putin never spoke in favour of the death penalty (though his brief replacement Dmitry Medvedev did).

Staying on the Brink

Russian withdrawal from the CoE would also affect the country’s larger foreign policy interests. While the Strasbourg institutions sometimes ‘meddle’ in Russia’s domestic policies, they also offer an opportunity for Russia to do the same. The Brighton process showed that Moscow can find unlikely allies among established democracies skeptical of international human rights.

To sum things up, there are multiple domestic forces whose self-interest calls to keep Russia in the Council. This did not prevent a dramatic deterioration of relations between the two. Yet so far there are no clear signs that Moscow is prepared to take them further to the brink. To do so, the domestic actors involved must decide that Strasbourg is a threat to their core interests or to. Alternatively, they can redefine those core interests to include factors beyond political power, control over property and the ability to wage war. The interplay between the actors can also change. In a decidedly more authoritarian Russia the pro-Strasbourg forces could be institutionally eliminated.

So far, though, nothing is for certain. This was confirmed by a top Russian diplomat before the CoE Committee of Ministers, who warned that Moscow could ‘radically reconsider the nature of our relations with Strasbourg’. Which can mean pretty much anything.

The author is a former deputy spokesperson for the Russian Constitutional Court, but here he speaks entirely for himself.

DOWNLOAD PDF
LICENSED UNDER CC BY NC ND
SUGGESTED CITATION  Kurnosov, Dmitry: All Bark and no Bite? A Domestic Perspective on a Possible Russian Withdrawal from the Council of Europe, VerfBlog, 2018/11/24, https://verfassungsblog.de/all-bark-and-no-bite-a-domestic-perspective-on-a-possible-russian-withdrawal-from-the-council-of-europe/, DOI: 10.17176/20181124-131544-0. 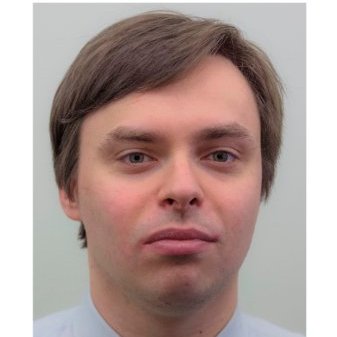 Dmitry Kurnosov Dmitry Kurnosov is a Carlsberg Internationalization Postdoctoral Fellow at the University of Helsinki. His research interests are the law of democracy and freedom of speech viewed through the prism of the European Convention of Human Rights.
Other posts about this region:
Europa, Russland 1 comment Join the discussion
pixel_not_set
Go to Top