In the Slovak reform of the judiciary, Part I – Mária Kolíková is leaving; I summarized the essential knots of the court reform in Slovakia. Despite the ruling coalition’s quarrels, the former Justice Minister managed to implement most of the promises stated by the government program statement. Judicial reforms are always a sensitive topic. Judicial independence is a fundamental principle of liberal democracy and the rule of law. It is often treated like a golden calf, and this worship falls into a ritual. Therefore, any interference with the judiciary by the executive or legislative power raises attention. However, what distinguishes reform from attack? While the former is often associated with a positive, progressive change, the latter bears a negative connotation. To be sure, not all government-proposed judicial branch-restricting plans are attacks on judicial independence. While the motive and effect of the Polish and Hungarian government restructuring of the judiciary were to capture control over judicial decisions in matters of importance to the government-in-power, Slovakia has not observed such a turnover, yet. In the following, I will briefly compare the latest interventions in the judiciary among Visegrad countries.

However, with even lower public trust in the judiciary than in Poland and Hungary, Slovakia was, after the „Threema scandal,“ plainly at risk of state actors who might play on the judiciary’s lack of accountability and history of corruption to justify its reforms along the lines pursued by PiS in Poland. However, the intervention undertaken in Slovakia does not resemble the Polish and Hungarian way of parliamentary majority intervening in the judiciary. Although the limitation of the Constitutional Court (CCSR) on the review of constitutional acts was stricter than in Hungary, where the Constitutional Court can review the adopting process of constitutional acts, unlike in Poland and Hungary, no suspicious court-packing has happened in Slovakia yet. The outcome has confirmed that the constitution-giving power is above constitution-interpreting power. The primary motivation for such limitation of the CCSR was, to some extent, the controversial use of a powerful instrument of implicit option to decide on the unconstitutionality of constitutional act that was present in the Constitution on the matter, which proved to be more controversial than expected (since the decision was delivered only several weeks before the departure of 9 out of 13 judges, most of them returning to the positions at the general courts).

In the beginning of 2019, luckily, CCSR resisted the ambitions of the former three-time Prime Minister Robert Fico to become the President of the CCSR. To avoid such political attacks in the future, the Ministry of Justice proposed changes to the election and appointment process for the Constitutional Court judges. Unlike the restructuring of that process in Hungary and Poland, the Slovak proposal alters the process to be more transparent and more predictable, with articulated requirements for candidates and procedures that should avoid blocking candidates either in Parliament or by the President, as these two institutions play the leading roles in creating the Constitutional Court. Moreover, the rule was adopted to avoid a situation when most Constitutional Court judges finish their term simultaneously, leaving the court vulnerable to political court-packing. This rule will most likely be applied after 2030 for the first time. The proposal mutes rather than enhances the power of the government to control the success of candidates for the Constitutional Court.

While the Supreme Administrative Court of the Slovak Republic (SACSR) was established, it did not meet the same fear of possible political intervention as in Hungary. The power to select judges for the newly established Supreme Administrative Court was given to the Judicial Council of the Slovak Republic (JCSR) as a power awarded for this only occasion. Filling the rest of the empty positions at the SACSR will be in the competence of its President. And although rules on appointment and removal in the JCSR have been amended, the judiciary still selects half of the members for the JCSR.

Contrasting to Poland, where the Judicial Council became politicized, or to Hungary, where the control over judges was put in the hands of the President of the National Office for the Judiciary, Slovakia has not experienced such a political intervention in JCSR yet. While political power strengthened its influence on the JCSR through the possibility of removing the appointed representative in the JCSR by the appointing body at any time, the representatives of the judges and political representatives still have an equal number of seats in the Council. Furthermore, the controversial and unconstitutional vetting procedures of judges were left entirely in the jurisdiction of the Judicial Council, without any intervention of the executive power, which accommodates the Constitutional Court’s objection. The outcome of the amendments of the Judicial Council has blended in as the polarization and partisanship between the executive/legislative branch representatives and judges have already been there. On the side of the judges is the situation stable. Strong opponents of the proposed changes still represent judges. The option of removing the representative has not been used yet, as the representatives appointed by the previous government and National Assembly stepped down from their positions before the new law.

New court map proposal from the government in Slovakia appears not targeted at governmental control over judicial decisions or their effects. Instead, it re-draws the geographic seats of appellate courts, ostensibly aimed at trimming nepotism and corruption centered on the prior appellate court locations. In Košice, for example, it has been said that the chief qualification for a judge-applicant is his or her family name. Moving the appellate court seat to Prešov may positively dilute the power of the Kosice judicial-family elites.

The most controversial happens to be the step of the parliamentary majority toward the limitation of judicial immunity. A new kind of criminal offense called „bending of law“ may cause pressure on the judge in politically exposed cases. Even though it argued that an independent and impartial court would try accused judges, the criminal complaint, regardless of how frivolous, is likely to create pressure on the judge. The criticism against the law stemmed from fear that the anti-corruption campaign might lead to excuses „to justify limitations of judicial independence,“ The CCJE saw danger in the vague definition that immunity belongs only to „legal opinion expressed in a decision unless a criminal offense has been committed thereby.“ and „vexatious pursuit of criminal proceedings against a judge who is disliked.“ The President of JCSR argued in his response that ‚bending the law‘ follows the German paradigm. He sees sufficient guarantees if the interpretation „of the wording (on the crime „bending the law“) is in the hand of an independent judiciary.“

Finally, there have been no attempts in Slovakia for any „muzzle law“ or restrictions of the preliminary question to CJEU on the independence of the courts as in Poland and Hungary. There are no guarantees that the current reform will not turn to attacks in the following months or years. However, recently, the intervention does not remind the interventions in the judiciary in Hungary and Poland, where the systemic steps from the limitation of the constitutional courts, court-packing strategies at all levels of courts, and politicization of the Judicial Council happened.

Some elements of the reform were, surprisingly, received without controversy and media attention, for instance, the term of constitutional court judges, an introduction of an age census for the termination of the function of a judge of the general court and judges of the constitutional court, and inspections of property relations of judges and judicial competence. Although the imposition of an age limit might resemble measures taken in Poland and Hungary, it did not raise controversy in Slovakia. The constitutional amendment introduced the age limit for judges of general courts at 67 years and judges of the Constitutional Court at 72 years, followed by the termination of the position of judge and judge of the Constitutional Court ex constitutione. While the rule setting an age limit of 65  was in the Constitution since 1992,  it had been left to National Assembly and, since 2001, the JCSR to decide whether or not a judge could remain after reaching 65. The age limit replaces the arbitrary power of these agents to decide which judges they would like to retire.

As in Part I, when concluding the future of the reform – it is difficult to predict how the new institutes will be used or possibly misused. Especially in a country like Slovakia, which has long-term problems with stable institutions that would curb frequent legislative changes depending on political leadership. Slovakia is a legal Periphery that still depends on legal solutions from a Centre. At the moment, it is possible to label the reform as a genuine attempt to grow trust in the judiciary and state power. However, without stable institutions, the devil might hide in the details of the interpretation. Let us keep an eye on how legislative and executive branches use their power for a little longer. 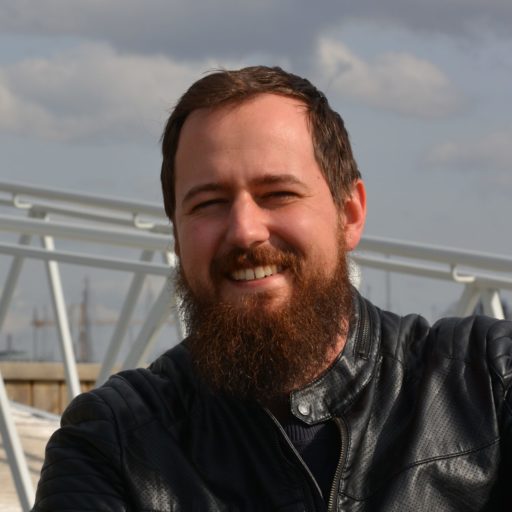