Avoiding the next Brexit Cliff-Edge

Extending the Transition Period for the UK after 1 July 2020

After the elections in the UK and the clear majority of the Conservative Party under Prime Minister Boris Johnson in UK House of Commons, a prompt ratification of the draft Agreement of the Withdrawal of the United Kingdom from the EU (WA) and the subsequent exit of the UK from the EU on 31 January 2020 is to be expected. This completes phase 1 of ‘Brexit’: Dealing with the legacy of the UK’s membership. We are now entering phase 2: The negotiation of and the decision about the future relationship between the EU27 and the UK. Originally, phase 2 should be concluded during the transition period of the Withdrawal Agreement, during which the UK remains part of the internal market and subject to EU law. This transition period expires on 31 December 2020 (Article 126 WA). The Joint Committee (JC) of the WA (composed of officials of the European Commission and the UK Government) can adopt, by consensus, a single decision extending the transition period for up to 1 or 2 years (Article 132(1) WA). Such decision can be requested from both the EU and the UK. The purpose of this prolongation possibility was originally (in March 2019) and still is to avoid an undesired ‘hard Brexit’ because of unfinished trade negotiations. The decision of the JC to extend the transition period must be taken before 1 July 2020.

The newly elected Prime Minister Johnson does not intend to make use of this prolongation possibility and wants to strike a trade deal before 31 December 2020. In order to emphasise this commitment, ‘a Downing Street source’ announced that the UK Prime Minister wants to amend the Withdrawal Agreement Bill ratifying the Withdrawal Agreement in such a way that it legally rules out the possibility to prolong the transition period. In the event of a trade agreement between the EU27 and the UK not being ratified on 31 December 2020, there will be a ‘hard Brexit’ on 1 January 2021 if the deadline of 1 July 2020 elapses without any prolongation decision of the JC.

This situation begs the question whether there are other possibilities – past 1 July 2020 – to prolong the transition period of the WA if needed. The way to do this would be an amendment of the Withdrawal Agreement itself by exchanging the ending date in Article 126 WA. Some argue now that any other way to change the transition period than its prolongation by the JC is legally impossible. The argument is based on the reading of Article 50 TEU that its applicability to the Withdrawal Agreement ceases in the moment the UK has exited the EU and that besides Article 50 TEU there is no legal base in the EU Treaties that would allow the EU to amend the WA.

General Public International Law Allows for Amendments of the WA

Another reading of the legal situation is, however, supportable. The argument is built on general public international law. The Vienna Convention on the Law of the Treaties (VCLT), which is considered to codify customary international law when it comes to the law of the Treaties, provides in Article 39 for a general rule, according to which a ‘treaty may be amended by agreement between the parties. The rules laid down in Part II [on the conclusion and the entry into force of Treaties] apply to such an agreement except insofar as the treaty may otherwise provide’. The WA provides for a legal base for the JC to ‘adopt decisions amending this Agreement’ (Article 164(5)(d) WA) but excludes ‘Part Four’ from its scope, which includes the end date of the WA. Although this is a specific Treaty rule that allows for amendments of the Treaty text, it only covers parts of it. Drawing the conclusion from the presence of such a limited amendment rule that the Treaty parties are deprived from amending the Treaty text themselves seems stretched. Such clauses enable quick technical amendments in place of lengthy ratification procedures. But they cannot bar the Treaty Parties from amending the Treaty text between them. In other words, the WA is silent on the revision of its text by the Treaty parties in general and, more specifically, of Part Four of the WA with the end date of the transition period.

This brings us back to the starting point, according to which general public international law allows for an amendment of the WA including the end date of the transition period after 1 July 2020. This leads to the follow-up question on the legal base and the procedure to follow for such an amendment. On the part of the UK, the legal base and the procedure to follow is to be found in domestic law. The capacity of the UK to conclude Treaties includes the capacity to amend them. Provided that domestic law does not prescribe any special rules for the amendment of the WA, the traditional rules on Treaty ratification apply.

In Search of The Union Competence to Amend the Withdrawal Agreement

On the part of the EU, the situation is more complicated. The EU may only act if it is at least implicitly empowered to act. There must hence be a legal base for amending the WA. A literal reading of the original legal base for the conclusion of the WA excludes the use of Article 50(2) TEU. This article requires an agreement with a ‘Member State which decides to withdraw’. Once the other Treaty party involved in the WA is no more a Member State, Article 50(2) TEU seems to cease to apply. Besides Article 50(2) TEU, Article 207 TFEU or Article 217 TFEU could be considered as possible legal bases, given that the amendment of an agreement is formally just another agreement. Yet, the WA exceeds the scope of Article 207 TFEU as its content covers more than ‘common commercial policy’. Also Article 217 TFEU seems to be a rather weak legal base as it would require the establishment of an ‘association’. Although it is not completely unimaginable to qualify the ‘reciprocal rights and obligations’ in the WA as the creation of some sort of association between the UK and the EU, the entire purpose of the WA (except for the Protocol on Northern Ireland) is not meant to create an association that lasts but to deal with legacy issues of the former membership of the UK in the EU. A further thought would be to consider unwritten implied external Union competences as mentioned in Article 216 TFEU and the ERTA case law. But also the categories of implied external Union competences do not seems to cover the entire scope of the WA. This leads us to the (interim) conclusion that EU law does not provide for any legal base to enter into an agreement that amends the WA so that any amendments of the WA are ruled out by EU law.

This understanding of EU Law makes the WA a ‘fossilised’ international agreement that could never be changed. Such Treaties (especially bilateral ones such as the WA) are unknown to public international law. The existence of such Treaties would run counter the general international law principle (which is even considered to have the quality of ius cogens) enshrined in Article 6 VCLT, according to which the legal capacity to conclude Treaties cannot be limited by Treaties. Violation of Treaty obligations because of the conclusion of another Treaty may be sanctioned according to the principles of state responsibility but the capacity to enter into other Treaties may not be limited by Treaty obligations. This finding holds also true for the EU. On this basis, it is valid to state, that as a matter of principle, whenever the EU enters into an international agreement, it must also have the competence to amend this agreement or to suspend it in accordance with either the procedures foreseen by the agreement or general public international law.

Against this background, EU law seems to have a lacuna in the case of Withdrawal Agreements if the legal basis for concluding such agreements ceases to apply at the moment of their entry into force. The existence of such a lacuna paves the way for an analogous application of Article 50(2) TEU. This provision must then be read as including a former Member State in its capacity as Treaty party to a Withdrawal Agreement with the EU. The decision-making procedure for amendments of a Withdrawal Agreement is hence also defined by Article 50 TEU: a qualified majority voting in Council of the EU27 upon consent of the European Parliament.

If therefore the deadline of 1 July 2020 elapses unused and it turns out in November 2020 that a ‘hard Brexit’ on 1 January 2021 can only be avoided by extending the transition period of the WA in its Article 126, general public international law says that this is legally possible and an analogous application to Article 50 TEU provides for the necessary legal base on the part of the EU. 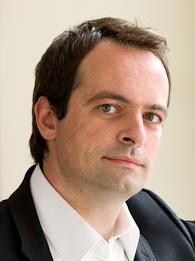 René Repasi Dr. René Repasi is Assistant Professor at Erasmus School of Law and acts as Scientific Coordinator of the European Research Centre for Economic and Financial Governance (EURO-CEFG) of the Universities of Leiden, Delft and Rotterdam