With its ruling of 15 April 2021, the Polish Constitutional Tribunal willingly accepts the role of substitute lawmaker. The result is an inelegant, clumsy judgment that creates more problems than it solves. The Constitutional Court as the executor of the parliamentary majority destroys not only its reputation but also the purpose of the negative legislator. In the case of the Commissioner for Human Rights, the solution of a political problem is once again transferred to the Constitutional Court.

The office of the Ombudsman for Civil Rights has a long tradition in Poland. It dates back to the 1980s, when the weakening dictatorship, as part of a compromise with the opposition, created an independent body to which citizens could appeal directly if their civil rights were violated. It was initially conceived as a façade institution but the first incumbent appointed in 1987, Professor Ewa Łętowska, turned it into an institution that contributed and still contributes significantly to the protection of civil rights in Poland. The Ombudsman has since been deeply rooted in the Polish constitutional system. Although the office is not endowed with any sovereign rights, its reputation gives it great assertiveness with various institutions (Muszyński, Jahrbuch des öffentlichen Rechts der Gegenwart (2016), pp. 220-241).

The last Ombudsman, Professor Adam Bodnar, was elected by the Parliament in 2015 before PiS won the elections. Bodnar proved to be a very active defender of the rule of law against the PiS government. He became known throughout Europe for his commitment against the changes in the Polish judiciary but was equally available to solve the seemingly unspectacular problems of ordinary people. His five-year term came to an end on 9 September 2020. The term of office of the Ombudsman is determined by Article 209(1) of the Polish Constitution. However, according to Article 3(6) of the 1987 Act on the Ombudsman, the previous Ombudsman shall remain in office on a provisional basis until the new Ombudsman takes office. This provision stood in the way of the PiS majority in parliament to install their desired candidate.

Already on 15 September 2020, a group of MPs of the ruling party submitted a review request to the Constitutional Court. They claimed that the above-mentioned regulation allowed the acting Ombudsman a practically unlimited election period and that this was unconstitutional. On 15 April 2021, the Constitutional Tribunal announced the ruling, which should bring Adam Bodnar’s electoral term to an end in three months from the publication of the ruling. Surprisingly, on the same day, the PiS majority got its candidate through in the Sejm. The choice of the date for the verdict is not accidental for other reasons, too.

Unlike the infamous abortion ruling, the Constitutional Court’s decision on the human rights commissioner has not caused any notable protests or outrage in the country. However, it carries a high explosiveness that citizens may not have realized yet, because the court seems to be saying here that if politics cannot agree, then the burden of it can be borne by the citizens.

How come? In the Ideal World, the succession should be smooth. The procedure for electing the Ombudsman is such that both the Sejm, where PiS has a majority, and the Senate, where the opposition has one vote more than the right-wing conservatives, must agree on a candidate. Thus, the conflict over the election of the new Ombudsman is pre-programmed with the current majority ratio. It should be noted, however, that even in the past the compromise on the new Ombudsman was not really easy (for example, in 2005 and 2006 regarding the election of Andrzej Zoll’s successor), but because of the current hostile attitude between PiS and the opposition it is almost impossible to agree on a common candidate. However, a situation where the majority in the Sejm and the Senate are different is untypical for Poland and in the case of the election of the Ombudsman, the mutual blocking of the two chambers allows the incumbent to remain in office. We are thus dealing with a political stalemate, but citizens get to keep the „old“ Ombudsman.

The above assessment is confirmed by the words of the representative of the petitioners. They conceded that the examined provision on the temporary extension of the electoral term did not pose a problem before, but now it requires an analysis by the court, as there is no guarantee that a new Ombudsman can be elected in view of the parliamentary allocation of seats. Thus, the representatives of the parliamentary majority have practically transferred the political question to the Constitutional Court.

The task of the Constitutional Court, however, is not to pave the way for new ideas by the ruling party. Petitions to the Constitutional Court are not meant to be a supplementary legislative initiative, a „negative“ legislative initiative that can be quickly converted into statutory language. In the case of the election of the Ombudsman, if Parliament cannot agree, then it is not the role of the negative lawmaker to offer a solution. As Sławomira Wronkowska-Jaśkiewicz correctly writes: „In shaping the political majority in the two chambers as a result of elections, voters demand that they be willing and able to find a solution to this problem, however difficult it may be.“ The task of politics is to look for compromises and not to impose its own will at all costs with the help of the Constitutional Court. 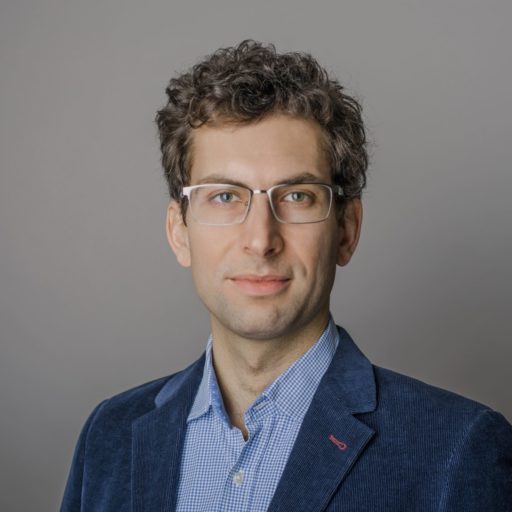