A moment such as a public health or safety emergency can create an impetus for quick implementation of policies. In Kenya, typical moments during which rights-limiting laws have been urgently passed include terrorist attacks and the particular moment of the COVID-19 pandemic. The classical example is the Security Laws Amendment Act – an omnibus law amending 21 other laws – that was passed on Christmas eve in 2014, following a spate of terrorist attacks. The law was highly contested, leading to litigation that nullified some of its provisions. In contrast, directives on COVID-19 tracking and tracing which involved real-time data collection through mobile phone signals were not as contested. This may be due to the emergency nature of the pandemic, as well as the specific nature of application of the directive – it mostly applied to people who travel a lot and pass through ports. It appears as if it is much easier to implement personally invasive policies such as biometric identification under urgency and to a section of the public. A recent incident involving motorcycle taxis in Kenya, popularly known as boda bodas, illustrates this.

The moment and context

On 7 March 2022, a video of a woman driver being harassed by several boda boda riders went viral. Boda bodas are low-capacity motor bikes that became popular from 2008 onward, when the government zero rated importation of motorcycles below 250cc, making them more affordable. In their over ten years of existence, the boda boda economy have created jobs for hundreds of previously unemployed youth. More broadly, the industry has responded to other gaps in planning, underdevelopment and transport. In urban areas, boda bodas serve as couriers, being able to deliver passengers and parcels while navigating the infamous traffic jams. In the suburbs and rural areas, they are able to reach remote and underserved areas, spurring new economic activities.

The growth of boda bodas has been so phenomenal, that there are companies formed primarily to finance boda bodas. The increase in these vehicles led to creation of a special plate licensing system to accommodate the growing numbers. According to data from the National Transport and Safety Authority (NTSA), the authority tasked with registration of motor vehicles, there were close to 1.4 million registered motor cycles in Kenya in 2018. Although NTSA did not have statistics on what percentage of these were boda bodas, a report by car spare part dealer Car and General estimated that 9 out of 10 motorcycles are used for commercial purposes. The report further estimates that the sector provides one million direct jobs for riders, and riders collectively earn 1 billion Kenya Shillings daily.

Boda bodas have been operating in the informal economy. A rider only requires a bike and the relevant driving licence to get into business. Like many other informal workers, boda boda riders in various localities have organised themselves into groups through which issues such as social welfare are addressed. Their huge numbers, coupled with this ability to organise has also made them a site for other functions, including political mobilisation. Aside from politicians, the state security organs have also had an interest in the sector, citing the health, safety and security issues created by boda bodas. A 2019 report by the National Crime Research Centre (NCRC) identifies some of the social problems of boda bodas to include an increase in crime, traffic accidents and impunity. The study recommends registration and regulation of boda bodas, and urges the national police service to adopt intelligence-led policing ‘in gathering information and profiling criminals within the trade or those masquerading as boda boda operators to commit crimes.’ Following the report, the President directed that all boda bodas be registered. It appears that before the 7 March incident, the directive had not been fully implemented.

In his speech on International Women’s Day, the President ordered a crackdown on boda bodas. In the following days, there was indiscriminate arrest of motorcyclists, and hundred of their vehicles were impounded at police stations. It was in this tense environment that the directive for fresh registration of all boda bodas was given. Suddenly, the problem shifted from gender violence and the role of police in resolving disputes to creating knowledge on the industry. Every boda boda rider was expected to be registered and there are now plans to make every boda boda identifiable in what are being referred to as digital number plates.

In what was presented as goodwill on the part of government, registration fees during the 60 day period were waived. In addition, the first 200,000 riders to register would also get a waiver for registration on the national health insurance fund (NHIF) – a state run health insurance scheme. The registration is ongoing at one stop service centres known as huduma centres as well as select local offices of national government representatives.

Requirements for registration include the national ID card, Kenya Revenue Authority (KRA) personal identification number (PIN) and a phone number that is registered to the rider.  The registration involves taking of fingerprints and a face photograph. Riders are then issued with a smart card and they are required to enrol in a local group, popularly known as sacco. A sacco is a registered body through which private transport operators organise themselves and are governed. Examples of self organising among saccos include acquiring spaces in urban areas for the dropping and picking up of passengers, and for members welfare. On governance, the transport regulator NTSA can suspend an entire sacco for misbehaviour of its members.

Using a moment to create a database

Although the database of boda boda riders is sectoral, its requirements resemble those of the contested universal system huduma namba. Swahili for ‘service number’, huduma namba is a national population management system that when implemented, will enable the government to have comprehensive information about every person in its jurisdiction. Following a contested amendment to the law in 2018, the government requires each person to enrol into the system by submitting their biometrics together with identity documents, such as the national ID, driving licence, national health insurance card and social security card. One is also required to give a phone number registered in their name. The registration form used in a 2019 mass registration drive also sought a myriad of other personal information, such as education levels, property and marriage details.

It was this granular data, coupled with amendments to the law creating a basis for processing of GPS and DNA data that led to litigation against huduma namba. Another key issue in the litigation is the threat of mandatory use of huduma namba to access public and private services, something which puts groups that have historically faced barriers in accessing identity documents at the risk of exclusion from those services. This litigation is ongoing and has evolved to include aspects such as the omission of a data protection impact assessment.

Boda boda registration resembles huduma namba in terms of style, as both arose from executive directives with limited parliamentary input. Huduma namba began with Executive Order No. 1 of 2018 in which the president ordered the creation of a population database to serve as a ‘single source of truth’ on every person in Kenya. Although there was an amendment to the law to create a legal basis for collection of biometric data and the creation of a database – highly contested changes – there was no sufficient parliamentary debate. This is because the amendment appeared as a simple addition of two new provisions to the identity law, omitting the fact that the law would limit many underserved citizens’ rights and should therefore have had better oversight mechanisms. The parliamentary debate was also limited in that the law was included in an omnibus bill containing 67 other statutes for amendment, yet it was passed expeditiously. In the case of boda boda registration, the executive directive seems to be anchored in 2014 regulations created for the industry. The law has not been amended to create a lawful basis for the collection of biometric data or address issues such as the uses to which the database will be put. It is also not clear whether the data will be shared with any other agencies.

Both huduma namba and the boda boda registration demonstrate how a social problem can turn into an opportunity for increased digitalisation and securitisation. Utterances by public officers relate huduma namba to the need for the government to know people in order to neutralise security threats. This was the same logic applied in boda boda registration. In both cases, the government rides on the coattails of social problems, such as increased crime, to make a case for digital databases for policing. These legislative changes are not accompanied by complementary updates in law to govern the use of these databases, nor to ensure reporting on or oversight over how these databases are used. This leaves the public in the darkness on the real nature, risks, harms, and benefits of these databases.

This power asymmetry thrives best when there is little contestation on government policies. In the case of huduma namba, opposition by civil society groups has resulted in the slowing down of the project and the development of a new Bill. While the Bill has not responded to all the critical points of contestation, it has allowed for creation of awareness on the impact of digital technologies, giving citizens knowledge to resist.

Resistance was witnessed, for example, during the implementation of a recent directive on SIM card registration. Last year, the Kenyan Communications Authority directed mobile network operators (MNOs) to switch off all unregistered SIM cards by mid April. Along the way, MNOs sent communication requiring every subscriber to re-register their SIM cards. The dominant MNO, Safaricom, went further, requiring subscribers to personally appear at their shops for their photos to be taken. On being probed about the basis for this new requirement, the operator cited security concerns, stating that increased fraud on their network prompted them to introduce facial recognition. Although customers protested to the regulator, there has been no clarity on the issue of photos, prompting several cases to be lodged in court (see here and here). The cases also target the Data Protection Commissioner, an office recently created to oversee privacy and data protection. One of the cases questions whether a data protection impact assessment was undertaken before requiring face photographs, while another makes a claim under the right to fair administrative procedures.

What these cases illustrate is that government and private actors will use social problems, such as fraud, to seek more and more sophisticated data. Where there are contestations, as is the case of huduma namba, the state and private actors can leverage public outcry, for example in response to the viral incident on 7th March, to collect personal data from sections of the population, thereby achieving their ends. More encouragingly, public awareness of the impact of databases and the digitalisation of identity has appeared to be one of the most effective ways of resisting or slowing down mass digitalisation. 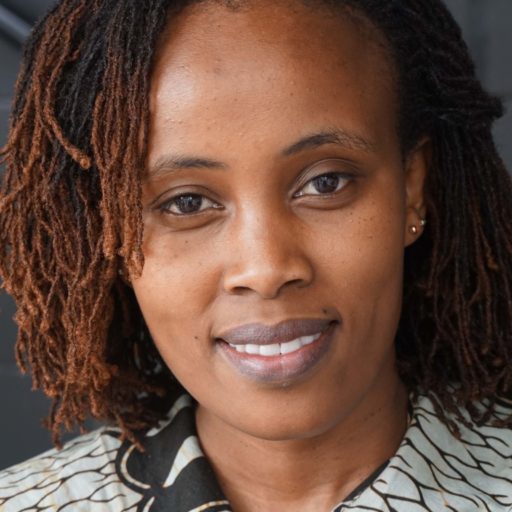 Other posts about this region:
Kenya No Comments Join the discussion
pixel_not_set
Go to Top