In Game Theory, scholars grapple with a seminal constellation dubbed the „Chicken Game“: Two cars hurtle towards each other at maximum speed, on collision course. Whoever swerves is the “chicken”. If no one swerves, both lose their lives, the worst result. One possible solution is a credible threat or self-commitment: If one of the drivers noticeably throws the steering wheel out of the window, the other driver has no choice but to eschew the other car. This seemingly irrational behavior suddenly appears to be perfectly rational. In political economy this parable is often cited to explain an actor’s ostensible lunacy as rational in a setting of strategic interaction. Legend has it that Nikita Khrushchev purposefully brought a third shoe to the United Nations General Assembly Meeting in 1960, to “put his foot down”, as the idiom goes, on the console — and to nourish the myth of the hotheaded and wayward gambler (a legend that is as famous as incorrect by the way).

One of the frequent equivocal “courtesy” titles that has been awarded to Boris Johnson these days is that of a plunger or reckless gambler. Boris Johnson may be many things — his language coarse, his conduct ruthless — but if you analyze his behavior in the current Brexit affair from a decision theoretic angle there is a rational interpretation for his seemingly irrational approach. While the other EU Member States act through their governments and align their negotiation strategy secretly, Parliament has a say on the British side as it has to legally sanction the Brexit agreement. Government has to justify its negotiation tactics in plain sight in front of the world — and audibly to the other parties of the deal. None of the negotiation results is ultimately approved of, all draft laws fail flat. As if that were not enough, Parliament is also utterly and hopelessly at loggerheads, there are no majorities for any of the conceivable solutions, no faint accord on what an acceptable outcome of the Brexit negotiations with the EU could look like.

For the negotiators on the EU side, this initially makes for a comfortable situation. They can dictate the conditions and retire from the negotiation table pointing to the fact that the UK is not capable to organize majorities and voice a clear position. And because ultimately any deal is better than no deal, they can demand: It’s Hobson’s choice — sink or swim!

Now, which options does Boris Johnson have facing this situation, how can he avoid being a chicken? He has to express a credible threat. That is not an easy task, because it is true: The EU position — including the “backstop”, which is the major if not only point of discussion — is better than a hard Brexit.

If Johnson wants to maintain any prospect to a success in his negotiations with the EU (say: the withdrawal of the backstop) and to become a national hero, he will have to appear to the world as a reckless gambler, a plunger; as one whose political narcissism is so pronounced that he is unhesitatingly willing to engulf British parliamentarism in the abyss, to endure martyrdom by taking any punishment for not requesting a further extension of the Brexit deadline without rational motives, although Parliament has committed him to do so. This is his only resort to turn the tables and to signify to the EU: for you, too, any deal is better than no deal. Or more specifically: an orderly Brexit without a backstop is better than a no-deal Brexit without a backstop. If the EU negotiators act rationally in this situation, then they will rather pass on the backstop then on a deal altogether.

Part of this strategy was Johnson’s attempt to avoid that Parliament butts in from the backseat. From his strategic perspective, Parliament had ample opportunity to controvert Brexit, to bat the backstop around, to act out the “Order!” drama, it is obviously inapt to contribute to a constructive solution or even a rotten compromise — and it has also effectively undermined any sensible diplomacy of the British negotiators. Consequently, he arranged for a prorogation of Parliament. This act that has now been undone by the Supreme Court, and the ruling will drastically complicate Johnson’s endeavor to pose a credible threat.

And yet: as the Supreme Court has not seen through such possible ruse (after all, Johnson himself cannot express his motives if he wants to maintain his strategy, and nobody in the know can speak to the true colors of the Emperor’s clothes) and thus exhorted Boris Johnson today, the ruling may in fact accentuate his perception of an unpredictable and lunatic gambler.

If Johnson’s strategy works out and the EU renounces the backstop, then the British public will praise him as a savvy rascal with a preeminent negotiation talent, and his narcissism will be forgotten; history is always written by the winners. At any rate, Johnson can only credibly voice his threat to lead the UK out of the EU without a deal if necessary, and ultimately succeed with his strategy, if the world sees in him — as the Supreme Court did today — a hotheaded and wayward gambler. His odds are favorable. 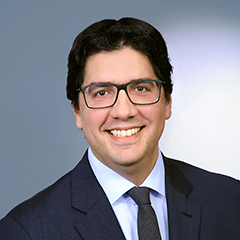 Emanuel V. Towfigh Emanuel V. Towfigh holds the Chair in Public Law, Empirical Legal Research and Law & Economics at EBS University’s Law School in Wiesbaden/Germany. He is also a Distinguished Scholar in Residence at Peking University’s School of Transnational Law and a Research Affiliate at the Max Planck Institute for Research on Collective Goods.