After Brexit: Time for a further Decoupling of European and National Citizenship?

The aftermath of the Brexit referendum has produced a whole series of uncertainties, many of which surround citizenship. Much of the UK debate in the last weeks has focused on the varying levels of guarantees UK politicians are willing make to EU citizens who have made their lives in the UK. German politicians, up to and including Germany’s Vice-Chancellor, have proposed (following ideas advanced in the Verfassungsblog) to secure an easier path to citizenship for Britons living in other EU states. Finally, what will happen to the citizens of those parts of the UK who voted decisively to remain in the Union? Over 5 million Scots, and 1.8 million Northern Irish, face the removal of EU citizenship rights they voted in large numbers to keep.

At the root of this conundrum are classical concepts of EU citizenship law. The key is the idea that EU and national citizenship are decisively coupled. It is for the Member States to decide who ‘belongs’ to their national polity and who, by extension, can benefit from European citizenship and the rights attached to that status. EU citizenship is, as the CJEU famously laid down in Grzelczyk, ‘destined to be the fundamental status of nationals of the Member States’. Yet it is also meant to be a status fundamental to all EU citizens ‘enabling those who find themselves in the same situation to enjoy the same treatment in law irrespective of their nationality’.

Some of the reactions to Brexit from both the Union and the Member States call into question whether there truly is something fundamentally European about European citizenship. In the Scottish example, it is the UK government that, at a stroke, can deprive its nationals of European citizenship rights they have enjoyed for more than two decades. For the President of the European Council, Donald Tusk, the issue of Scotland’s EU membership is ‘a matter for the UK’. It is for UK politics to determine whether the state (as a whole) leaves the EU and whether, therefore, its citizens (or a group of them) may enjoy rights independently of those their government is willing to grant them under domestic law.

One can wonder how fundamental European citizenship really is if the President of one of the Union’s highest executive bodies can consider its withdrawal from millions of UK nationals an ‘internal matter’ for which the Union itself is neither (legally) competent nor (politically) accountable. At precisely the most crucial moment – when the status under EU law not just of isolated unfortunate individuals, but of a whole population, is threatened – EU citizenship seems to have lost its normative purchase.

Of course, life after Brexit is different, and not simply in view of the sheer number of citizens the EU is bound to loose. The UK’s decision to leave the Union arguably eliminates the basis upon which UK nationals could acquire the status of European citizenship. At the same time, European citizens from the UK insist that their country cannot strip them of the rights they have acquired under that very status. How should the Union move forward?

The most obvious move is to think radically. A further de-coupling of EU citizenship from national membership would allow the Union to replicate the emancipatory move of Van Gend en Loos – to liberate individuals from the preferences of their states. De-coupling would signify a constitutional recognition that rights acquired as European citizens really are ‘fundamental’: integral to individual personhood and therefore inscribed into the deep structure of an autonomous EU legal order such that they cannot simply be done away with by inter-governmental agreement. De-coupling would allow those UK nationals –be they from London, Scotland or any other part – to retain their European citizenship rights of free movement and non-discrimination in other EU states if they so wished, by virtue of their continued membership in the European polity. While the decision to grant Union citizenship may still rest with the Member States, via Member State nationality, the decision to withdraw it would rest with the individual EU citizen (who may also wish to renounce that citizenship if they so choose).

This vision may make better sense of Maduro’s conception of a European polity based on the mutual commitment of its peoples to construct a new form of civic and political allegiance on a European scale. The introduction of European citizenship has served to counteract the unfortunate tendency on the part of the Union to treat nationals of the Member States as free-moving market commodities. It has yet to defeat the temptation of Member States – in the Brexit campaign as elsewhere – to portray free-moving European citizens as free riders on their national welfare systems. Both perspectives, however, miss out on the most fundamental political right attached to the status of citizenship, that is, the right to decide in communion with other citizens about the membership of the polity. This right tells us why the decision of those European citizens in the UK that voted to leave the Union must be respected. What is less clear, however, is why, in a supra-national European polity premised upon the unity of the peoples of Europe (another way of saying the people of Europe), a decision of the UK government should bind those UK nationals who wish to retain their European citizenship. Viewed from this perspective, Mr. Tusk’s remarks are simply false: the future EU citizenship of UK nationals is not a domestic matter but an issue – perhaps the issue – for the Union as a whole to determine.

There are of course a wealth of objections to such a proposal. At a legal level, it would require a significant re-writing of the European Treaties and much EU secondary legislation. At the political level, it flies in the face of one of the central messages of the referendum, which rejected the free movement of persons while embracing the free movement of capital.

As concerns the first objection, re-opening the European treaties at this point in time bears significant risks yet also offers the opportunity for sustained political reflection about the future of the European enterprise. The de-coupling of European from national citizenship in the CJEU’s case-law has already begun to shift citizens’ entitlement to jointly decide about membership in the polity from the national to the European level. Extending that primordial political right to the case of the UK leaving the Union would certainly amount to a coup d’état, but it would not involve transforming the Union into a state – federal or otherwise.

In that context, and in response to the second political objection, let’s not forget that attempts to join neo-liberalism with parochial nationalism tend to yield pathological results. Surely, the disintegration of the political foundations of the Union cannot be parried with more free trade for unfree people. The crisis of political legitimacy of which the Brexit referendum is yet another symptom, should surely demand an EU project that is more, not less, centred on the needs and rights of its citizens. With Brexit, the waters around us have quite literally grown: as Bob Dylan once told us, the times they are a changin’. Now’s the time to make EU citizenship real. 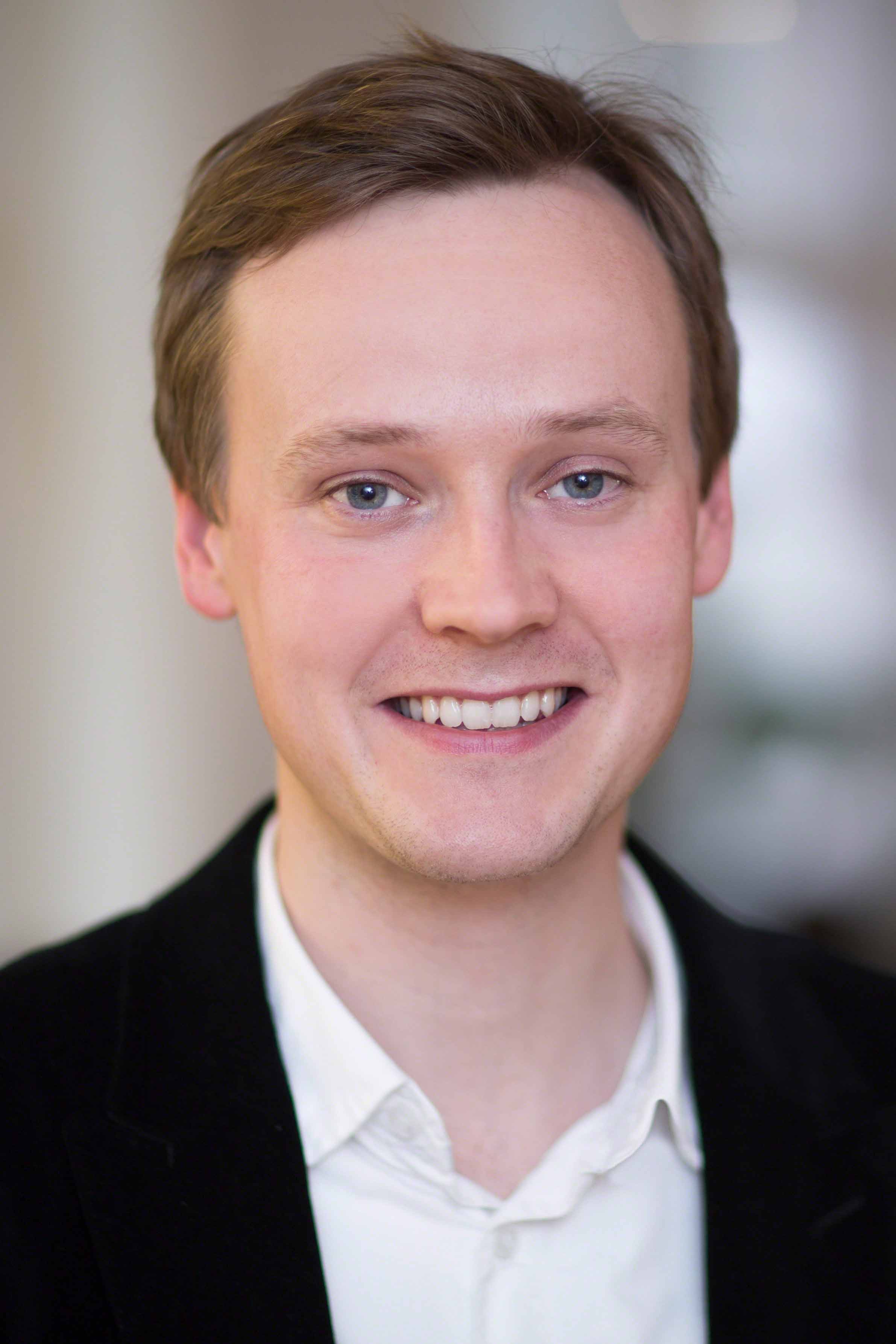 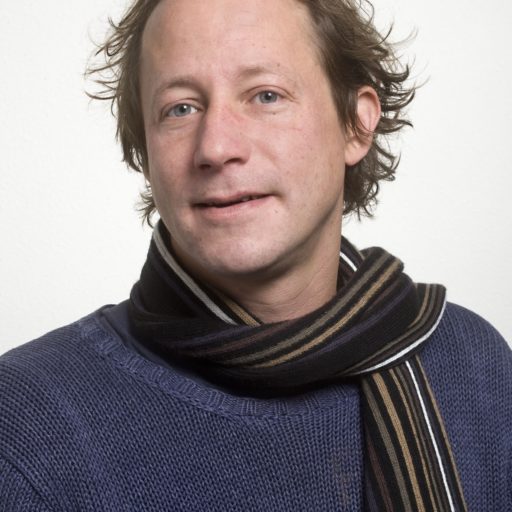 Daniel Augenstein Daniel Augenstein is Associate Professor in the Department of European and International Public Law at Tilburg University and Humboldt Senior Research Fellow at the Hertie School of Governance in Berlin.

Other posts about this region:
Europa, Vereinigtes Königreich 1 comment Join the discussion
pixel_not_set
Go to Top