The Northern Ireland Protocol Bill and the doctrine of necessity

In the latest episode of the Brexit saga, the United Kingdom government has published the Northern Ireland Protocol (‚NIP‘) Bill, by which it seeks to unilaterally disapply large parts of the Protocol on Ireland/Northern Ireland to the 2019 Withdrawal Agreement (‘WA’) concluded between the UK and the European Union. During an earlier UK-EU standoff over the introduction of the then Internal Market Bill, which had again been introduced in order to derogate from Protocol obligations, a cabinet minister had admitted that the Bill would ‘break international law in a specific and limited way’. Keen to avoid another public acknowledgement of law-breaking, the government has shared a summary of its legal position, seeking to justify the NIP Bill on the basis of the doctrine of necessity. In this light, the Bill’s justification seems to be a literal, if unconvincing, attempt to make a virtue of necessity.

An overview of the Northern Ireland Protocol Bill

The NIP Bill raises a series of issues of UK public law, EU law and international law. For more reactions to the Bill, see here; here; and here.

Firstly, clause 1 explicitly provides ‘that certain specified provision of the [NI Protocol] does not have effect in the United Kingdom’ and that the Bill ‘gives Ministers of the Crown powers to make new law in connection with the [Protocol] (including where provision of the Protocol does not have effect in the United Kingdom)’. Clause 15 enables Ministers to expand the list of Protocol provisions to be disapplied. This suggests that the extent of intended derogation from international obligations is not only broad but dynamic, subject to executive discretion, if a Minister ‘considers that it is necessary’ or in relation to several broadly-formulated purposes, for instance regarding the ‘territorial or constitutional integrity’ of the UK.

Crucially, the Bill seeks to upend the Protocol’s governance structure, by dramatically restricting the possibility of domestic, EU and international judicial scrutiny. Clause 2, the ‘conceptual heart’ of the Bill, provides that ‘excluded provisions’ of the Protocol are not directly effective before domestic courts (contrary to Article 4 WA). Indeed, under clause 20, courts no longer need to take EU caselaw into account and are precluded from referring any matter to the Court of Justice of the EU (CJEU) as agreed under the WA. This seeks to isolate, as a matter of domestic law, the British judicial system from the UK’s international obligations, which recognised a role for the CJEU. Instead, clauses 3, 13 and 20 effectively terminate the jurisdiction of the CJEU. Strikingly, clause 14 has been said to even disapply the WA arbitration mechanism, operating under international law, vis-à-vis the ‘excluded’ Protocol provisions.

The above suggests that the Bill very much does not amount to a ‘relatively trivial set of adjustments’, as prime minister Boris Johnson claimed, but a radical unilateral rewriting of the Protocol. Such a move is likely to breach Article 5 WA (titled ‘Good faith’), which provides that the UK ‘refrain from any measures which could jeopardise the attainment of the objectives of this Agreement’.

Necessity as the mother of (legal) invention

The government considers that the doctrine of necessity ‘provides a clear basis’ to justify such a far-reaching non-performance of international obligations. Under Article 25(1)(a) of the International Law Commission’s 2001 Draft Articles on State Responsibility (‘ILC Articles’), ‘Necessity may not be invoked [unless a State’s non-performance of international obligations] is the only way for the State to safeguard an essential interest against a grave and imminent peril’. The ILC has noted that necessity ‘will only rarely be available to excuse non-performance of an obligation’ and that ‘it is subject to strict limitations to safeguard against possible abuse.’ Though the UK government admits that ‘necessity can only exceptionally be invoked’, it cast the protection of the 1998 Belfast (Good Friday) Agreement (‘GFA’) and the maintenance of the constitutional structures established thereby as ‘essential interests’, which merits its invocation.

Such a justification belongs to the land of legal implausibility. The well-known Gabčíkovo-Nagymaros Project judgment of the International Court of Justice found that a State cannot rely upon a state of necessity if ‘it had helped, by act or omission to bring it about’. This is also explicitly stated in Article 25(2)(b) ILC Articles. To the extent that an existential risk to the GFA arises from the Protocol as agreed (as the UK government and a minority of the NI Assembly claim), this cannot be considered a justification for the non-performance of obligations negotiated and concluded by the UK government itself.

It further seems rather intuitive that use of the necessity justification would presuppose that the circumstances which give rise to it were not foreseen by a State when it undertook the relevant international obligations. The government’s own Impact Assessment of the Withdrawal Agreement considered the customs checks between Great Britain and Northern Ireland at length. The role of EU caselaw and the CJEU with regards to Protocol provisions was also, plainly, a core feature of the Protocol and overall Agreement.

Moreover, the ILC Articles commentary notes that non-performance of international obligations due to a state of necessity ‘must be the “only way” available to safeguard [a State’s essential] interest’. Yet, while the government’s legal position is that the Bill constitutes ‘the only way […] to alleviate the socio-political conditions’ in Northern Ireland, it has not first invoked Article 16 NIP. Article 16 NIP establishes a mechanism within the Protocol framework whereby the UK could ‘unilaterally take appropriate safeguard measures’ in the event of, inter alia, persistent ‘serious economic, societal or environmental difficulties’. Though striking, this can be explained on the grounds that Article 16 NIP requires that safeguard measures are ‘restricted […] to what is strictly necessary in order to remedy the situation’, and subject to review and dispute settlement. Altering the governance structure of the Protocol, and removing the role of the CJEU within it, does not appear essential to address issues relating to the form of customs checks between Great Britain and Northern Ireland. The invocation of the doctrine of necessity can thus be taken as an implicit acknowledgement that the Bill is a wildly disproportionate response to clearly predicted developments.

Though, as the proverb goes, necessity is the mother of invention, it seems that, in this instance, necessity is the invention itself. Necessity is invoked in a legally inventive manner which is prima facie profoundly inconsistent with the way in which it is understood by customary international law.

Making a vice of necessity?

Introducing such a legal justification to a near-total disapplication of the Protocol is certainly audacious. More importantly, however, necessity is sought to facilitate the disentanglement of the UK legal order from international law. Unilaterally ending the direct effect and primacy of relevant WA and Protocol provisions over UK law, as the Protocol provided, would create a chasm between active international obligations and domestic enforcement realities. The intended unilateral exclusion of EU and international dispute settlement mechanisms signals a regression from the international rule of law both in form and substance.

The sheer implausibility of the necessity defence in this context creates the impression of the Bill having been a tactical manoeuvre in search of legal cover. Reports of the government engaging in ‘opinion shopping’ until politically convenient advice was found reinforce said impression. Ultimately, customary international law has been invoked in order to facilitate an indefinite and far-reaching abrogation of international obligations. Less radical approaches, such as the triggering of Article 16 NIP, would have been coupled with robust review and dispute settlement arrangements, and meant that the agreed framework was still essentially respected. The circumvention of this process in favour of the doctrine of necessity not only makes the latter legally unconvincing, as discussed above, but also undermines the international rules-based order, by conflating necessity under international law with burning political expediency.

Though the UK government seeks to make a virtue of necessity by claiming that the NIP Bill is in accordance with international law, one can only wonder to what extent this conduct is at all virtuous. The Bill, due to its scope, content and justification, seems to be symptomatic of a broader tendency of subjugating international commitments and the rule of law to tactical interests, demonstrated throughout the Brexit process. It is therefore unsurprising that the disapplication of Protocol provisions corresponds to the granting of very broad law-making powers to government Ministers. Worryingly, the disingenuous invocation of the necessity doctrine sets a harmful precedent globally, legitimising a Machiavellian understanding of international agreements: ‘The promise given was a necessity of the past; the word broken is a necessity of the present.’ 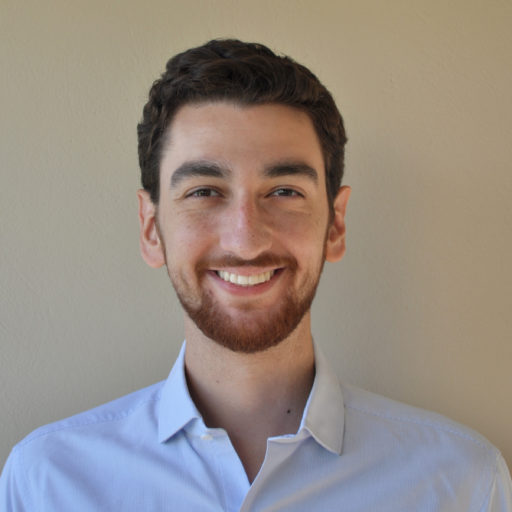 Other posts about this region:
Europa, Vereinigtes Königreich 2 comments Join the discussion
pixel_not_set
Go to Top