Calling Europe into Question: the British and the Greek referenda

On this day last year, Greeks woke up facing a referendum result that very few had expected. At issue was the bailout and austerity programme suggested by the country’s European and international creditors that the newly elected Syriza government rejected as too harsh. The ‚No‘ campaign ultimately exceeded all expectations by securing 61.31% against 38,69% of those saying ‚Yes‘. Europe stood speechless and in agony about what would come next. Seven days after the referendum, and facing the real prospect of Grexit, the Greek government reversed course, signing a bailout agreement that contained even stricter conditions than those rejected in the referendum.

Almost a year later, on the 24th of June 2016, British and other Europeans woke up overwhelmingly surprised by the ‘Leave’ vote. Again, a sense of disorientation and debility prevailed, shared both by the winning and the losing side, just like in Greece a year before.

Despite their significant differences, the one being a vote on EU membership and the other on bailout conditions and indirectly on the Eurozone, the Greek and the British referenda have some important things in common. Reading them together might have something to teach us about referenda on the EU —especially now that more people seem to be asking for one in their own country.

The most important connection seems to be the concept of democracy ultimately realized in both cases. David Cameron started his resignation speech with a tribute to the “giant democratic exercise” the British vote was, and Alexis Tsipras presented his own referendum as a “glorious page in European history”. Referenda are attractive. They keep something of the mystic aura of such revered moments of democratic history as Athenian assemblies and New England town meetings. In a world of mediated and indirect public decision-making, referenda are often seen as a rare moment of direct empowerment of the people.

Appealing and noble as this approach may sound, it becomes less straightforward if one adopts a richer concept of democracy than simply the act of dropping a piece of paper in the ballot box. If the democratic credentials of a public decision also depend on deliberation and the ability of the voters to develop an informed opinion after a meaningful exchange of arguments in a well-functioning public sphere, the Greek and the British referenda might require some more careful scrutiny.

In Greece, the question put before the electorate was notoriously complicated—whether they agree with two documents so technical that even a trained economist would find difficult to assess—and the pre-vote debate did very little to clarify what was really at stake. Dominated by emotional arguments against the establishment (for ‘No’) or invoking fear (for ‘Yes’), it was characterized by indifference toward the basic rules and premisses on which the EU and its institutions work, such as the rules on conditionality or the function of the ECB. This disregard of facts and rules was especially prominent amongst the supporters of the ‘No’ vote, who clearly miscalculated the institutional context of the Eurozone and the possible repercussions of a Grexit, as the later dramatic U-turn of the Greek government proved. Most importantly, reflection on the position and arguments of fellow Europeans was completely lacking. Germans, the European Commission or the ECB where simply caricatured as ‘the others’, and the Greeks trying to bring forward pro-agreement points were often dismissed either as apolitical technocrats or partisan collaborators of the despised Brussels autocrats—sometimes even paralleled to the Greek collaborators of the Nazis during WWII.

It seems that there are important parallels with the British referendum at this point. In a now famous quote, Michael Gove, one of the leading Conservative politicians in favour of Brexit, argued that Britons “have had enough of experts” and essentially compared pro-EU experts to Nazi propagandists (he later apologized for the statement). The International Monetary Fund and a considerable number of Nobel-prize winning economists all warned against the economic dangers of leaving the EU, but a bus emblazoned with the—now discredited—£350 million claim proved to be more influential. In an open letter, a group of over 250 academics warned that “the level of misinformation in the current campaign is so great that democratic legitimacy is called into question”—blaming both sides for propagating falsehoods. According to Professor Michael Dougan “although the Remain campaign haven’t exactly covered themselves in glory […] the Leave campaign has degenerated into dishonesty on an industrial scale.” Paolo Sandro, in a very insightful piece in Verfassungsblog offers further evidence on why the British vote fell short of more demanding theories of democracy, persuasively arguing that the absence of certain pre-conditions has a great impact on the actual democratic credentials of the ultimate decision. The extensive use of emotional language to address rational arguments, the dismissal of facts and even the contempt upon experts is highly reminiscent of the Greek summer of 2015.

In both cases, informed commentaries were indeed produced, but it seems that they have been mainly circulated amongst self-minded voters, failing to change the terms of the debate. What is most important, the campaigns in Greece and Britain have strong elements of what has been labelled post-fact or post-truth politics, namely a form of politics that allows and even rewards unreasonable claims or promises made without commitment to keeping them. It seems that the EU might be an easy victim of such post-fact politics. There is a number of reasons for that. By its very nature, the EU is a system of arranging compromises that will always fall short of anybody’s full expectations. In a domestic referendum, where the other parts of the compromise do not have a voice, it is easy to make the case against the need to compromise. Moreover, its complicated system of ascribing responsibility allows domestic politicians to claim credit for EU successes and put the blame for all things gone wrong to the EU. Finally, by their very design, EU institutions are agents with many principals. That means that for everybody under their jurisdiction there is necessarily a moment of external determination. That makes it easier for their opponents to fly the flag of independence.

Of course, it would be naïve to think that these are the only reasons for the outcome of the Greek and British referenda. Apparently, national identity continues to offer security and a sense of belonging that is clearly underestimated by Brussels and many experts. Austerity also played an immense role in making people strongly doubt the benefits of integration. Yet there are serious reasons to see the two referenda as signs of mistrust not only towards the establishment but also toward of a certain type of discourse. This might in turn require rethinking whether the type of procedure selected in Britain and Greece is as legitimate and appropriate as it might seem at first sight for deciding questions on European affairs.

At some point, however, anybody needs to face facts. The Greek way out the of that difficulty was to turn the referendum irrelevant. That was a move that averted Grexit but had potentially long-lasting effects on the credibility of Greek politics and institutions. The British referendum, on the other hand, seems to be for real. However, the task to square the outcome with the facts that were not adequately considered before the vote will be equally demanding.

Other posts about this region:
Europa, Griechenland, Vereinigtes Königreich 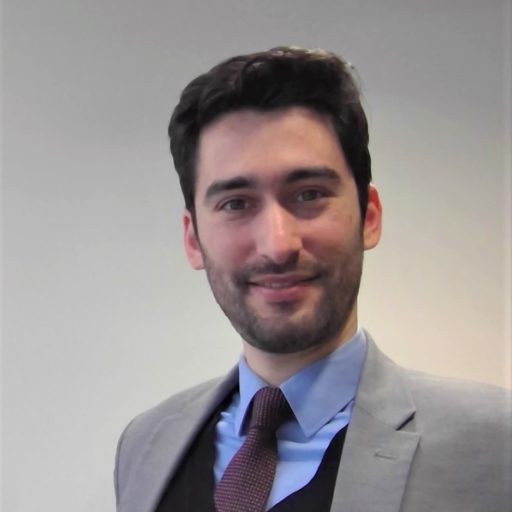 Other posts about this region:
Europa, Griechenland, Vereinigtes Königreich 1 comment Join the discussion
Go to Top