Chronicle of a Death Foretold

The Polish/Belarusian border and gross violations of law

The natural reaction of lawyers to even the most complex legal challenges is the readiness to submit realistic, lawful proposals for solutions. In the case of the Polish-Belarusian border  crisis however, lawyers being ignored, deprived of access to their clients (who have managed to hand over the powers of attorney certificates) or even intimidated, experience different feelings as well, those of helplessness and dread. Almost every element of the Polish government’s actions towards the crisis on the border is frightening. At the same time, it demonstrates a complete lack of understanding of the situation of the dehumanized, compelled migrants who were drawn into this conflict not entirely of their own free will. Like the Belarusian regime, the Polish government treats these people as objects and does not provide any help to the lost, hungry and injured human beings wandering helplessly in Polish forests. The government sent huge contingents of soldiers to the border, thinking they had solved the problem. They have not.

The terrifying reality is that the Polish government openly violates both national and international law, also by enacting new laws in order to legalize illegal practices, i.e. pushbacks. Which – that needs to be clearly said – are nothing other than the collective expulsions of migrants who had been within the territory of Poland for several days and many kilometers away from the border. Migrants who are caught in the Polish woods are returned to the border and forced to cross it illegally, exposing them to a real risk of death. These people are dying, and it seems that the scenario of their deaths must have been calculated in the actions of the Polish government. The gravity of the illegal character of the actions of the Polish government is further manifested by the fact that the ECtHR has already twice stated that the Polish authorities had already used collective expulsions – although then in a much more civilized way, if at all these practices can be considered civilized (see M.K. and other v. Poland, para. 204-210).

In addition to the soldiers sent to the border, a wall is being built. A temporary fence, made of coils of razor wire, was quickly gone. It is going to be replaced with a 6 meters high solid structure. But the belief that a wall will keep migrants away is nothing but wishful thinking. Migrants will come here anyway, due to demographics, climate changes, armed conflicts, exploitation of poorer countries by Western companies, contributing to the environmental destruction to such an extent that hungry people are forced to flee. Thus, a question emerges: if nothing helps, what are we going to do next? Start shooting people? Is this the step we want to take?

The inevitable impression is that those in power in Poland are only concerned with propaganda effects. As the border region is off-limits to independent journalists, the government transmits and publishes only the „convenient” images and narratives. In the Parliament, the Prime Minister announces things what will look good as a snapshot in pro-government media. These are not the actions of a responsible government that protects its citizens and national borders while respecting fundamental human rights. And speaking of security, which the Polish government does continually, it must be remembered that it applies to every human being: including migrants. They have to be secure too.

There is no doubt that it is Alexander Lukashenka who organizes this inhuman procedure, but it is Poland – an EU Member State – that is responsible for how it manages its own borders. So also for all these who die there. Poland is obliged, legally and morally, to help those who are already on the Polish side, but also those who are some metres away: on the other side of the border. They are „at the fingertips“ that can be passed through the barbed wire. Security, the notion being recalled all over again, will only be guaranteed if we follow the procedures in compliance with Polish and international law. These procedures provide for registering and checking every person who appears on the Polish territory which also would be a lot better both under legal and humanitarian aspects than the thousands of unidentified people in the forests who are then smuggled further to the West, including to Germany? In the first ten months of 2021 alone, almost 9,000 people have illegally crossed the Polish-German border.

Even if the massive pushbacks that matched the government’s previous rhetoric came as no surprise, there was some hope that the first death of a migrant at the border will shock everyone and eventually reevaluate current politics. In reality, quite the opposite happened and the rhetoric used by the government is becoming harsher every day. It is the rhetoric of war, completely dehumanizing people trapped at the border. History has proven too many times how words can shape and provoke deeds. We are currently on the verge of this kind of deadly escalation.

The situation at the border is, according to legal definitions, a humanitarian crisis and should be treated as such. This crisis, aggravated by enormous political tension, must be properly addressed. Several parallel actions must be taken. First, strong diplomatic pressure on Lukashenka, along with tough sanctions, is needed to show that his blackmail is ineffective. Secondly, diplomatic actions aimed at the countries from which the migrants arrive by air, so that they limit the influx of people this way. And the point is not to stop an airline from letting people of a specific nationality on board, but to cut Belarus off completely from this type of air connection. Finally, we should legally admit those who are already languishing on the border. We cannot let them die before our eyes. Even if there are several thousand of them in Belarus, it is, in fact, not an enormously large group of people. Some of them certainly deserve international protection and should receive it. The rest should be safely sent back to their countries of origin. This is the law. It is shameful that the government has to be reminded to follow it.

The politics and narrative of populist forces caused social reactions, where migrants are perceived not even as strangers but as „invaders.“ Many Poles are also convinced that what is happening at the border does not concern them directly. For many people, ignoring the harm done to migrants is a way to cope with the cognitive dissonance. Because if we do notice them, we acknowledge their humanity, our conscience will tell us that we have to react, to respond. However, when we stop seeing migrants as people, the government can afford to do things that it would never dare to do to its own citizens. All this causes the worst reactions, including crimes like the recent one in Poland, when a group of three refugees, including a woman, was beaten and robbed by Poles. Until now, local residents either heroically helped the refugees, or did not interfere or, in the worst case, informed the border guards of their presence, but there were no direct physical attacks. Now we are reaching the next level of dehumanization.

Polish public opinion first learned about the crisis in August this year, when 32 people from Afghanistan were trapped in Usnarz, between Polish and Belarusian border guards troops. But already since June this year, larger groups of migrants crossing the border have been observed, only that most of them were then directed to Lithuania or Latvia. At that time, the „Lock Operation“ organized by the Belarusian authorities – an action to bring migrants to the EU borders – was evident enough. But neither the Polish government nor the EU leaders were prepared for what was to come. They did not take any decisive action against the Lukashenka regime.

Faced with the consequences of such inaction, instead of explaining and correcting their passivity and incompetence, politicians started to scare us. They talk about the impending wave of refugees that will destroy Poland and Europe. It won’t. After all, this is not a natural migration route taken by people directly from areas where their lives are at risk. This is an artificially created path and all activities are directly facilitated by the Lukashenka regime. This path can be shut down. Lukashenka himself may also cause its end, when convinced that his crimes do not bring him the outcomes he hoped for.

But what will come if nothing changes? It will be the next, last chapter of the Polish/Belarusian border Chronicle of a Death Foretold: the deaths of children, women and other vulnerable people for which, in accordance with international law, the Polish authorities, and to a large extent, the authorities of other EU states and EU institutions, are responsible.

Other posts about this region:
Belarus, Polen 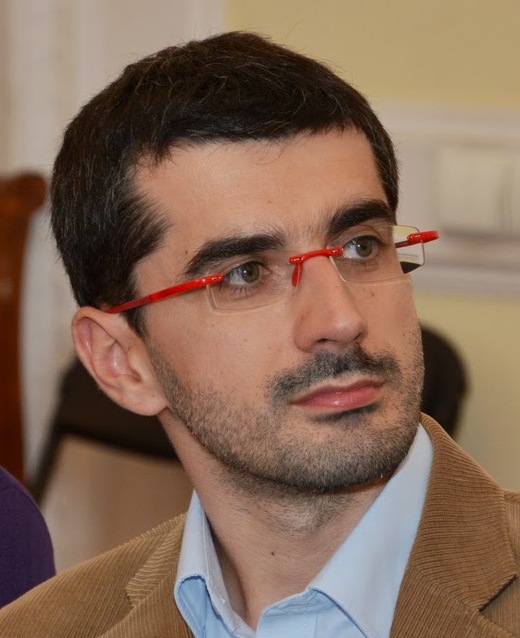 Other posts about this region:
Belarus, Polen 1 comment Join the discussion
pixel_not_set
Go to Top