Chronos and Kairos of Constitutionalism – The Polish case

Τοῖς πᾶσι χρόνος καὶ καιρὸς τῷ παντὶ πράγματι ὑπὸ τὸν οὐρανόν.[1] This Septuagint translation of a verse from the book of Ecclesiastes points to a fundamental distinction regarding the transience – the distinction between chronos (time) and kairos (a right moment). Time is everlasting and consists of singular kairoi. Kairos, being its constitutive part, should not defy the structure of time. This distinction bares on the way in which we should understand any change of a constitution that claims to belong to free and equal citizens.

I would like to pick up on this ambitious and difficult theoretical question and provide a plausible solution to the conundrum that the Constitutional Tribunal identified and subsequently failed to solve. I am interested in answering the question of whether the Tribunal can perform a review of constitutional amendments. The question of how (procedurally) and when (politically) such a review should be performed would require a lengthier analysis.

At first glance, textual analysis of the article 235 of Polish Constitution does not enshrine substantive limitations of constitutional amendment. Only procedural limits are established therein. The article stipulates that a bill of amendment can be proposed by the 1/5 of the members of the Sejm, the whole Senate and the President of the Republic. The bill should be subsequently approved by the Sejm (2/3 of its members) and Senate (absolute majority of its members). Should a bill of amendment introduce changes to chapter I (the fundamental principles of the state), II (fundamental rights and liberties), or XII (the constitutional amendment procedure), the amendment (prior to its signature by the President of the Republic) can become subject to a popular referendum. Subsequently, the President of the Republic has 21 days to sign the amendment and publish it in the Official Gazette.

Constitutional democracy is a system founded on a seemingly problematic marriage of two principles: the principle of democracy and the principle of constitutionalism.[6] Whereas the former is given expression in a discourse over matters of common concern, the latter enshrines a set of rules, values, and principles which underlie the discourse and make it meaningful. So long as participants to the discourse – the citizens – are to remain free and equal, there must remain a set of (immutable) principles which protects the political power of people from being turned into violence. Otherwise freedom and equality would turn into a mere objectification. The principle of democracy accumulates the political power. The principle of constitutionalism, on the other hand, is supposed to rationalize it and tame it. In this sense constituent power cannot be understood as unfettered. It should be understood as no longer existent.

The concept of constituent power of people (CPP), coined by Sieyes, had only one task to deliver: to establish a polity of free and equal citizens.[7] CPP should be seen as a carrier of the fundamental ought. This ought (I call it the core of constitutionalism), once institutionalized, extinguishes CPP. The institutionalization of the ought – the event that takes place usually in a revolutionary big-bang – marks the beginning of constitutional chronos. From this moment onwards a constitutional change (kairos) must not violate what is inherently normative even to the bearer of constituent power of people. This inherent normativity, once CPP creates a constitution, transforms itself into a normative core. This core, protected by constitutional courts in modern constitutional polities, is commonly expressed by what we call the ‘trinitarian formula of constitutionalism’: the rule of law, democracy and human rights.[8] Whereas neither can be had without the other two, all three simultaneously create a framework under which each citizen is allowed to pursue her own ends; use her freedom to the fullest extent possible; and to have her disagreements resolved in a satisfactory manner.[9]

Paradoxically, scholars who claim that CPP must be unfettered in order for the constitution it produces or amends to be a product of the exercise of free will – contradict themselves. There are rights (even if of meta-legal nature) which are presupposed by this claim. Basic rights must exist before the Rousseauan ‘general will’ could be actually exercised, unless of course we want to be trapped in a logical paradox. In short, popular sovereignty (the right to self-government) is co-original with the basic rights.[10] Second, scholars advocating unfetteredness of CPP violate the Humean principle of is/ought distinction. The norm authorizing the amendment does not allow that it be disrupted from within by introducing ‘is’ into its content. The latter case, as Carl Schmitt pointed out,[11] would signify an annihilation of constitutional regime – the end of constitutional chronos. Constitutional chronos would be destroyed by the ‘existential element’ brought into a constitution which would disrupt the framework of free and equals – the embodiment of CPP.

The Court asserted that the Czech Constitution is founded on fundamental and inviolable ‘values of democratic society’ (Pl. ÚS 19/93). These values require that every legal act be endowed with legitimacy that does not result solely from a meticulous adherence to the law-making procedure. Legal acts, in order to be legitimate, must reflect a ‘substantive-rational conception of legitimacy’ which is inherent to the state governed by the rule of law. ‘To do away with principles establishing this legitimacy would be to destroy the constitutional state as such’. Even ‘a unanimous decision of Parliament could not infringe them’. Sovereignty of the Czech People is expressed in fundamental principles that are shared equally with other states governed by the rule of law (Pl. ÚS 50/04). Thus the European Union and the Czech Republic are systems that depend on, and mutually support each other as ‘they were founded on the same principles’ (Pl. ÚS 29/09). This normative core consists of ‘guiding principles of inherent, inalienable, unsuspendable and non-repealable fundamental rights and freedoms of individuals, equal in dignity and rights‘ (Pl. ÚS 19/08 ). The core, in short, is a foundation of the political system the purpose of which is to concretize and protect these rights and freedoms (Pl. ÚS 36/05).

First, the preamble stipulates that Polish people are ‘equal in rights and obligations towards the common good – Poland’ and hold ‘culture rooted […] in universal human values […]’. These people ‘establish this Constitution […] as the basic law for the state based on respect for freedom and justice, cooperation between the public powers, social dialogue, as well as on the principle of subsidiarity in the strengthening the powers of citizens and their communities’. Constituent power of the Polish people is hence transmuted into the core which underlies the constitution while, at the same time, it remains its inherent part. The constitution establishes a polity of free and equal citizens in order to ‘pa[y] respect to the inherent dignity of the person’.

I can see no reason why the article 2 of the constitution should not be used as interpretative tool in assessment of constitutionality of constitutional change. Whether the Tribunal finds courage to go against the dangerous dogma constituent power’s unfetteredness remains to be seen. The delicate political situation requires prudence. 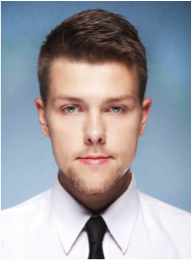 Bartosz Marciniak Bartosz Marciniak graduated in law (2010) and in classics (2011) from the University of Warsaw. He is currently a PhD Candidate at the Law Department, European University Institute in Florence. Bartosz is specialized in the limits of legitimate constitutional authority.