Corona and the Absence of a Real Constitutional Debate in Sweden

Sweden stands out as one of few countries without a lockdown and where primary schools and kindergartens are still open. Only high schools and universities are closed and people are encouraged to work from home. But no hard restrictions are in place. Only recently, gatherings of more than 50 people were banned. The Public Health Agency has set the strategy, despite conflicting views across Sweden from various medical experts. The overall Corona suppression policy builds almost entirely on voluntary measures and trust. As the number of Corona cases and fatalities increase across Sweden, more people are now being tested and there is less and less talk of (herd) immunity the prevalent paradigm until recently. The country’s usually good healthcare system is overburdened, doctors, nurses and other caregivers lack protective gear, and there is chaos in the hospitals. Several nursing homes have reported Covid-19 deaths and shortage of staff. The ratio of Corona-related mortality in Sweden is much higher compared to, for example, Norway, Denmark or Finland, which have implemented much more restrictive and comprehensive measures early on. Still, of course, no one knows how this will end – or when.

The Government has just extended its powers using emergency laws to cover for Covid-19 related issues, which sparkled some debate in the Parliament but was ultimately approved. The new emergency laws would give the Government the power to shut down, for example, shopping centers without having to go through the ordinary legislative process. The new emergency powers are part of to the Pandemic law (smittskyddslagen), and gives the Government these extra ordinary powers to take decisions fast. This may be needed, but as always there are worries when exceptions are at stake.

Cell phone tracking of infected persons, along the lines of policies implemented in Israel, South Korea and other EU countries to various degree such as Germany, Italy, the UK and Austria is also on the table. It has been discussed for some time in Sweden and should raise a rule of law concern (N Elkin-Koren 2020). Currently in Sweden cell phone tracking is used only to gather and analyze information related to movement of people in general in order to determine how travel leads to further spread of the pandemic; an experiment, it seems. Yet the prospect of extending it to full blown tracking is also discussed in Sweden. Hence, the question of outsourcing is highly relevant with regard to the Corona crisis as many countries are tracking mobile phones and thereby to a large extent involving private actors in these surveillance related matters. All this is taking place however in a glaring absence of any real constitutional debate in Sweden. This seems particularly germane in this context of cell phone tracking.

There is a possibility of constitutional review in Swedish law of course, Chapter 11: 14 § of the Basic law (Regeringsformen), which is the tantamount of a constitution. It sets out the possibility to annul legislation that is contrary to the rights set out in the Basic laws or in higher law (i.e. EU law or international law obligations). Annulment can also occur if there is a flaw in the adoption of the law. This is regulated in Chapter 7:2 § the basic law (Regeringsformen), where it is stated that before new laws are adopted, they must have been sent out to different authorities across the country for comments. Subsequently a Council of Legislation with different legal experts scrutinizes the suggested bill and makes an advisory statement before it can be presented to the Parliament. This means that the procedure for adopting laws in Sweden is very slow (and sometimes unreasonably so).

Needless to say, breach of EU law is also a reason, and an obligation to annul any conflicting Swedish legislation. In Sweden there is a very strong belief in the legislative process and judicial review is mostly procedural, the general courts seem to avoid getting into (what they consider to be) political questions. There are also administrative courts with a bit different function and with more discretion to alter authority decisions (see eg Wenander 2019.) As a result of Sweden joining the EU and having been a party to the European Convention of Human Rights for a very long time, courts have of course had an obligation for decades, not only to monitor national laws, but also to honor European constitutional duties and grant individuals their rights.

Still there is very little rule of law debate and almost none relating to privacy and data protection in general. For example, no one seems to question the current system in Sweden of publishing huge amounts of private information about individuals online, which has been going on for over a decade.  The authorities pass on personal information gathered through government powers to various commercial third parties who pay for the information and get a license (so-called “utgivarbevis”) to use it, without much public scrutiny. These companies then publish this information online and claim it is their right under a principle of transparency and the right to publish (under the Basic laws) which seem to have ran wild, beyond any equilibrium with the rights to personal autonomy, privacy and eventually human dignity. This includes our home addresses, the names of the people registered on the same address, where they moved from, their civil status, what people vote for in the area (aggregately) and the average income etc., etc. In the name of “transparency,” almost everything about us is commodified in a vast and opaque market of information.  For a country that prides itself of respecting EU values and encourages EU solidarity, this is remarkable as not all EU values and EU legal duties such as data protection are upheld. This constitutes a constitutional challenge both with regard to EU data protection (Article 16 TFEU and Article 8 EU Charter of Fundamental Rights) and privacy and dignity as mentioned above. And now with cell phone tracking, will the authorities also ‘sell’ the information of who has been diagnosed with Corona? Why not? In the absence of proper checks and balances that are enforced, there is no guarantee that such information will not be made publicly available, as well.

The absence of a critical review of information policy is a symptom; the problem might be that there seems to be no real constitutional debate in Sweden and the general courts usually tread very carefully when sensitive questions are at stake. This academic debate on how much powers court should be vested with, may sound like a luxury problem, considering much more troubling threats to the rule of law in countries where emergency laws are blatantly misused. It may also seem less important in the light of the economic debate on the Euro Corona-bond that is currently discussed and only partially concluded (in this Blog see e.g. Goldmann 2020), with no joint bonds so far and where regional, let alone global solidarity is on the verge of being put in Corona isolation. Still it is important for what it tells us about the idea of a common solidarity in Europe, where EU values are, or should be taken seriously. Corona and dealing with it do not occur in legal and political vacuum.

Despite the horrors of the Corona disease, and indeed in order to combat it efficiently as a society, Sweden requires a robust and healthy constitutional and democratic debate. Corona is a human disaster and the suffering it spreads has yet to be accounted for. It is also an unprecedented challenge to our political and constitutional institutions and our almost nonexistent public discourse. The former should encourage rather than subvert the latter. We do not want our democracy, in the sense of a society of free, engaged citizens and a responsive government, to fall victim to Covid-19 as well. 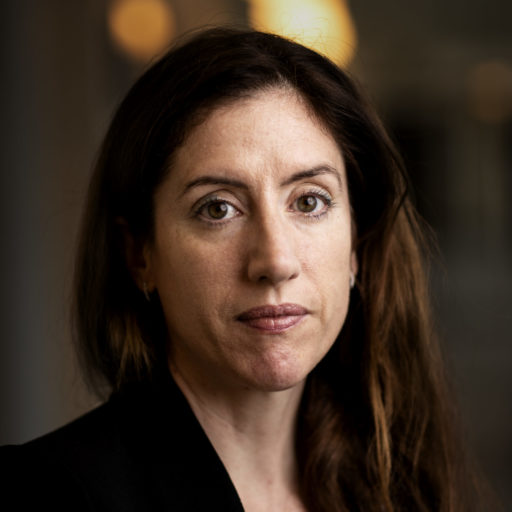 Other posts about this region:
Schweden 3 comments Join the discussion
Go to Top