Curing the Symptoms but not the Disease

Traffic violations are not a proportionate justification to effectively deprive a person of her EU citizenship. Moreover, situations where a renunciation of a previous Member State nationality is required before naturalizing in the Member State of residence, are unquestionably within the scope of EU law and Rottmann / Tjebbes-proportionality is required. This may sound obvious but in reality it was not, as the crucial Grand Chamber case of JY decided on January 18 demonstrates. This is a significant yet predictable addition to the edifice of EU citizenship post-Rottmann. Regrettably, the forward-looking judgment is myopic up to the point of an error of judgement as to the fundamental challenges at play in the factual constellation at hand.

How to Lose EU Citizenship without Leaving the EU

1. to display a vehicle inspection disc, and

In addition, eight previous administrative offences (also all traffic related) predating the guarantee, were suddenly taken into account to overturn that guarantee. JY was considered not to satisfy the conditions of naturalisation.

The Loss of EU Citizenship Is OK, but Has to Be “Proportional”

The CJEU, following AG Szpunar, did not consider the renunciation of Estonian nationality as voluntary. It was a direct consequence of the Austrian naturalisation procedure and the guarantee provided to her in that process (35–36). Where the naturalisation procedure of a Member State requires that a Union citizen has to renounce her nationality, and thus EU citizenship, it may deprive the person of all rights attached to EU citizenship, even when this involves a decision of another Member State (27–40). JY has made use of her free movement rights, which have as a purpose to promote the ‘gradual integration of the Union citizen concerned in the society of the host Member State’ (i.e. naturalisation) (41–42). Therefore, the situation where an EU citizen is liable to lose not only the rights attached to EU citizenship but also the status of EU citizenship itself by attempting to naturalise in the host Member State, falls by reason of its nature and consequences within the scope of EU citizenship (43–44).

The CJEU then considered that in a naturalisation procedure, at no moment in time, even temporarily, an EU citizen who acquires the nationality of another Member State, should lose EU citizenship (48). This applies both to the host state, which should not require that the other nationality is fully lost before its own nationality is acquired (47), and to the state of origin, which should make sure that its decision relinquishing its national only enters into force upon acquisition of the other nationality (50).

However, where the harm has already been done, the main obligation to ensure continuity of EU citizenship falls upon the host Member State, especially where it decides to revoke the guarantee. Such a decision can only be done on legitimate grounds and is subject to proportionality.

The Austrian rules are designed to avoid that a person has multiple nationalities, a legitimate objective according to the CJEU since it is tolerated by certain international conventions (52–55).

Furthermore, a decision to revoke the guarantee as to the grant of nationality must have due regard to the principle of proportionality as already held in the previous key decisions Rottmann and Tjebbes. This requires an individual assessment of the situation of the person concerned. Hypothetical or mere possible consequences should not be included. It is also necessary to establish whether the gravity of the offences justify the decision; possibility of recovering the original nationality; and compliance with the Charter, especially family life and the best interest of the child (56–60).

The Court considered that the eight prior offences predating issuance of the guarantee may no longer be taken into consideration for withdrawing the guarantee, thus reminding Austria of the most basic rule of law (65). For the later two offences, the justifications of public policy and public security entailing a loss of EU citizenship must be interpreted strictly and cannot be determined by the Member States unilaterally without control of the EU institutions. Traffic offences cannot be considered such, especially not where they constitute mere administrative fines and do not even lead to withdrawal of the driver’s license or limit access to public highways.

Fighting the Symptoms while Welcoming the Causes of the Disease

The notion of EU citizenship has thus booked an important and much-needed victory. The circle is even further rounded up: the supranational ius tractum citizenship, whose acquisition derives from the possession of a nationality of one of the Member States of the EU once again determines the conditions underlying the possession of that very nationality and the rights associated therewith, just as has been established in the earlier case-law from Micheletti, as rightly underlined by AG Szpunar, on to Rottmann, Ruiz Zambrano and Tjebbes. The palette of EU law’s tools to manage the nationalities of the Member States through the concept of EU citizenship derivative from them is growing. Although helping plenty of people not to see their lives ruined by the abusive Austrian practice in violation of international and, as we now know, also EU law, the case of JY regrettably fails to tackle the most fundamental problematic issues that arose before the Court. We limit ourselves to outlining five most crucial among these.

The first problem is that Court does not critique the principles underlying the assumptions guiding the treatment of other EU citizens as ordinary foreigners in the Member States, requiring the renunciation of the previously held (EU) nationality – a practice dubious at best, with the potential to create severe inconsistencies in free movement law, in the light of the fundamental nature of the status of EU citizenship, which the Court, again, underlined. This is not to mention the problems that arise from the point of view of human rights, as clarified by Peter Spiro, and the global trend pointing strongly in the direction of multiple citizenship acceptance. Moreover, references to ‘international law’ justifying the Austrian stance in the eyes of the CJEU, simply do not reflect the international, let alone the European legal consensus on the point and, rather, represent an exotic minority view, given that all parties to the 1963 Convention on the Reduction of Cases of Multiple Nationality have denounced Chapter I, establishing the ‘legitimate objective’, which the Court endorsed. The sole exceptions remaining are Austria and the Netherlands: Chapter I of the 1963 Convention applies to no other Member States.

The second problem with JY is that the Court by underlining on countless occasions that JY was a mono national of Estonia, seems to condone the practice of discrimination based on the possession of a second nationality, which is not grounded in the Treaties or secondary law and thus constitutes an arbitrary addition to the case-law starting with Tjebbes, failing so many Europeans by legitimizing, in the words of Katja Swider, the precarity of EU citizenship, even though the increase of dual citizenship is a direct consequence of European integration.

The third problem with JY is that the Court follows Rottmann in taking proportionality as the starting point for approaching the most crucial status determining all the rights and entitlements under EU law: the status of EU citizenship and the nationality of a Member State. In the vein of the late Professor Tsakyrakis’ thinking, it is quite clear that proportionality is not a panacea, especially in the context where the status and all the rights of EU citizenship are at stake: the ephemeral interests of a Member State are incommensurable with the vital needs of the abused EU citizen in question – particularly in the light of the growing importance of the person and attention to human rights in global constitutional law outside of the Union. Rather, when deployed in the citizenship field where the core deficiencies of the whole set-up of the nationalities’ regulation by the Member States remain resolutely unaddressed, proportionality is nothing but an assault on fundamental rights and the status of EU citizenship.

The fourth problem with JY is that the Court seems to follow the shameful path of Tjebbes in requiring that the interests and needs of the EU citizen who is stripped of her citizenship not be ‘hypothetical’ – a move that has a potential to give a carte blanche to the Member States, like the Netherlands in Tjebbes, for stripping certain groups of people of their domestic and EU citizenship with near-total impunity, thus exacerbating the punishing daily routines of the passport apartheid.

The fifth problem with JY is that the Grand Chamber takes no explicit note of the core logical inconsistency flowing from the first point above: in order to ‘integrate better’ (however critical one is of the concept of ‘integration’) in the Member State of residence, an EU citizen exercising her rights under the Treaties is still sometimes expected to renounce the nationality of the original Member State in order to acquire the nationality of the Member State of residence. The Austrian practice at hand, already considered a violation of international law, which causes up to several years of statelessness even if the procedure runs smoothly (which it did not with JY’s application), in fact appears to be a violation of EU law par excellence already at the level of the assumptions it entertains.

In our view the case of JY will be remembered as a useful help to a small group of individuals abused by an archaic and unreasonable misconstruction of the crucial principles of EU law by a Member State in clear violation of international law. At the same time, however, the judgment is paying lip-service to that very Member State at the level of principle and shuts its eyes to all the systemic regulatory deficiencies in a Union which is based on the rule of law and where EU citizenship is, indeed, a fundamental status. Once proportionality is used as a remedy against abusive regulation which is critically inconsistent with the core assumptions underlying EU law in principle – such as non-discrimination on the basis of nationality-an error of judgement is unavoidable. The approach taken by the Court possibly has to do with the fundamental tension between EU citizenship and the nationalities of the Member States. In the EU this conundrum is articulated through what Justin Lindeboom writing with one of us termed as ‘pluralism through its denial’: by pretending to be sole guardians of their own nationality, Member States ensure the success of the pluralist construction of EU citizenship, of which all the flaws of JY are a vivid illustration: the Court seemingly respects the essence of the Union, even if common sense is harmed as a result. The Union is better off as a result of JY just as a patient with a doctor minded to cure the symptoms, not the disease.

Other posts about this region:
Österreich, Europa 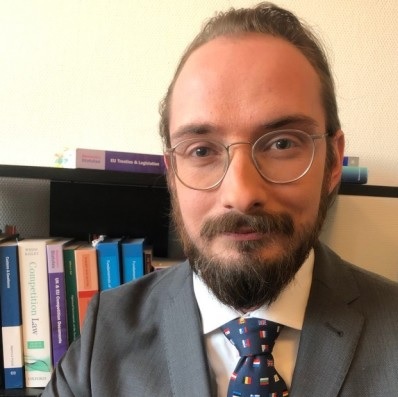 David de Groot David de Groot is a policy analyst at the European Parliamentary Research Service (EPRS). (Any opinions expressed should not be taken to represent an official position of the Parliament.)

Other posts about this region:
Österreich, English Articles, Europa No Comments Join the discussion
Go to Top