David Cameron’s EU reform claims: If not ‘ever closer union’, what?

Enlargement of the European Union sounds good, but as so often in European politics, it’s best to be careful what you wish for. The first enlargement, in 1973, was in many ways the worst: the UK, Ireland and Denmark have proved ever since to be difficult members of the club, plagued by second thoughts and encumbered with opt-outs. And Norway, which was lined up to join the EU with the trio, took fright at the last moment and has spent 40 irritating years on the touchline.

Successive British prime ministers have caused trouble by ‘banging on about Europe’, as David Cameron has put it, but now he’s at it himself. Harold Wilson engineered a fake ‘renegotiation’ of the UK’s terms of membership in 1975. Margaret Thatcher, insistent on getting her money back in arduous rows over the EU budget, destroyed the concept of autonomous ‘own resources’; she also steered Britain well clear of the Schengen free travel area. John Major demanded (and got) opt-outs from the euro and social policy. Tony Blair opted out of new EU policies on justice and home affairs, sought to evade the Charter of Fundamental Rights and impeded the development of EU common foreign and security policy.

As leader of the coalition government with the ostensibly pro-European Liberal Democrats, but without a thought for his EU partners, Mr Cameron installed in Britain’s fragile constitution the EU Act (2011) that imposes a referendum on the hapless British voter every time the EU changes its treaties. For ideological and no other good self-evident reason he has ruled out joining the new EU banking union. Since his election victory in May 2015, Mr Cameron – in his pomp yet more careless about the future of Europe – flaunts his renegotiation of the UK’s terms of membership. At the same time, he is distinctly unhelpful over the refugee crisis, thereby greatly accentuating Britain’s semi-detached status.

The prime minister cloaks his latest provocation in the conceit that the reforms he seeks for Britain will be good for the European Union as a whole. That proposition deserves examination. Here we focus on only one, but the most totemic of his demands – namely that the UK wins a ‘formal, legally-binding and irreversible’ exemption from the EU’s historic mission of ‘ever closer union of the peoples of Europe’. Jobs and immigration might stir the masses in the referendum campaign, but it is the issue of ‘ever closer union’ that divides most sharply the sovereignists from the federalists and could, if mishandled, do severe collateral damage to the rest of the EU.

Unfortunately for Mr Cameron, the time-honoured phrase is entrenched in the UK’s original EU accession treaty. It appears four times in the current version of the EU’s statutes: in the preambles to the Treaty on European Union (TEU) and the Treaty on the Functioning of the European Union, the preamble of the Charter and, most significantly, in the first clause of the TEU as the Union’s mission statement. Article 1 predicates everything that follows: the EU’s values (Article 2), the EU’s political objectives (Article 3), the general principles of EU law (Article 4), and so on.

Article 1 tells us that European integration is a continuing process – ‘une union sans cesse et plus étroite’. It does not by itself define the ultimate goal of the emerging polity but, over the years, it has allowed many intermediate steps to be taken of a federal type. It is a useful and durable provision, and has been cited in jurisprudence of the European Court of Justice over fifty times in order to confirm the contractual nature of EU membership and to underline why solidarity and loyalty among member states matters. Article 1 is not used as a specified legal basis for secondary legislation. It is not, as is claimed by its British enemies, a ‘ratchet’ clause, but it does serve to establish the constitutional order of the Union.

There have been proposals in previous treaty negotiations to jettison ‘ever closer union’ in favour of ‘federal vocation’ – ironically, proposals that have been blocked not least by the British. Today, however, it is only the British who want to change it. So while leaving Article 1 alone with its generally permissive, contextual character is not seen as particularly significant, to change it is huge.

In June 2014, in order to placate a David Cameron incensed at the election of Jean-Claude Juncker to the presidency of the European Commission, the European Council agreed to say that ‘the concept of ever closer union allows for different paths of integration for different countries, allowing those that want to deepen integration to move ahead, while respecting the wish of those who do not want to deepen any further.’

Because this was a highly ambiguous statement, it was also unwise. The European Council did not say whether its ‘different paths’ are meant to lead in the same direction or to different destinations. While a multi-speed approach to integration makes obvious sense, to allow some states to integrate and others to unpick integration is an obvious nonsense. Can any union survive if its members choose divergent goals?

It is true that perennial ambiguity about the finalité politique of the Union has allowed nationalist critics to exaggerate the imminent arrival of the over-centralised super-state. Clarity about the long term can be helpful, even democratic. Provoked by Brexit, Britain’s partners may well decide to accelerate the deeper fiscal and political integration that is surely needed if the eurozone is to thrive and the refugee problem resolved.

But care must be taken to avoid tampering with a cardinal provision of the EU treaties in a vain response to the demands of British domestic party politics. Something offered to the UK alone cannot be denied to any other member state which chooses to try the patience of its partners. And how would a change to the traditional understanding of ‘ever closer union’ play into future enlargement negotiations? [1]

Mr Cameron’s colleagues in the European Council are surely aware that making concessions on ‘ever closer union’ could well set a trend, and add at this delicate moment to Europe’s risk of disintegration. They walk on eggshells. A declaration by the European Council to the effect that the Treaty does not, in fact, mean what is says when it says ‘ever closer union’ would be attacked in the European Parliament and would be certain to be condemned by the Court of Justice.

Nevertheless, dissatisfied with the weasel words of the 2014 European Council, David Cameron is now demanding his legally-binding exemption from ‘ever closer union’. Therefore Brexit negotiators have to choose between, on the one hand, conceding to the UK a unilateral derogation from one of the cardinal provisions of the Treaties and, on the other, drafting something more substantial and multilateral that will re-interpret ‘ever closer union’ for everyone else as well.

Let us take what Mr Cameron says at face value. He has consistently made the point that what he is asking for may entail treaty change. From that we may infer that he knows that a mere declaration against ‘ever closer union’ will be insufficiently binding.

So we need something at once more than a declaration (either unilateral or multilateral) and something less than a revision of Article 1. Ever helpful, and because time is pressing, here is a suggestion for a new Protocol to be attached to the Treaty of Lisbon whenever it comes up for its next review – on the precondition that the UK referendum has first said ‘Yes’ to Europe. It applies to all member states.

“Nothing in these Treaties commits any Member State to any measure of integration towards the ever closer union of the peoples of Europe to which that State has not consented in accordance with its own constitutional requirements.”

Such drafting has the merits of respecting the corpus of EU law, of treating all member states as equal, of not trashing the Union’s mission, and of not opening up an intractable controversy about the nature of Europe’s eventual polity. It would prevent a weakening of the ties that bind and avoid enfeebling the European Union at a time when it needs simply to be stronger than ever – with or without the British on board.

[1] Article 49 TEU says that the conditions established by the European Council shall be taken into account in any application for EU membership. Those conditions are the Copenhagen Criteria (1993) that seek to ensure that accession states have ‘the ability to take on the obligations of Union membership, including adherence to the aims of political, economic and monetary union’. 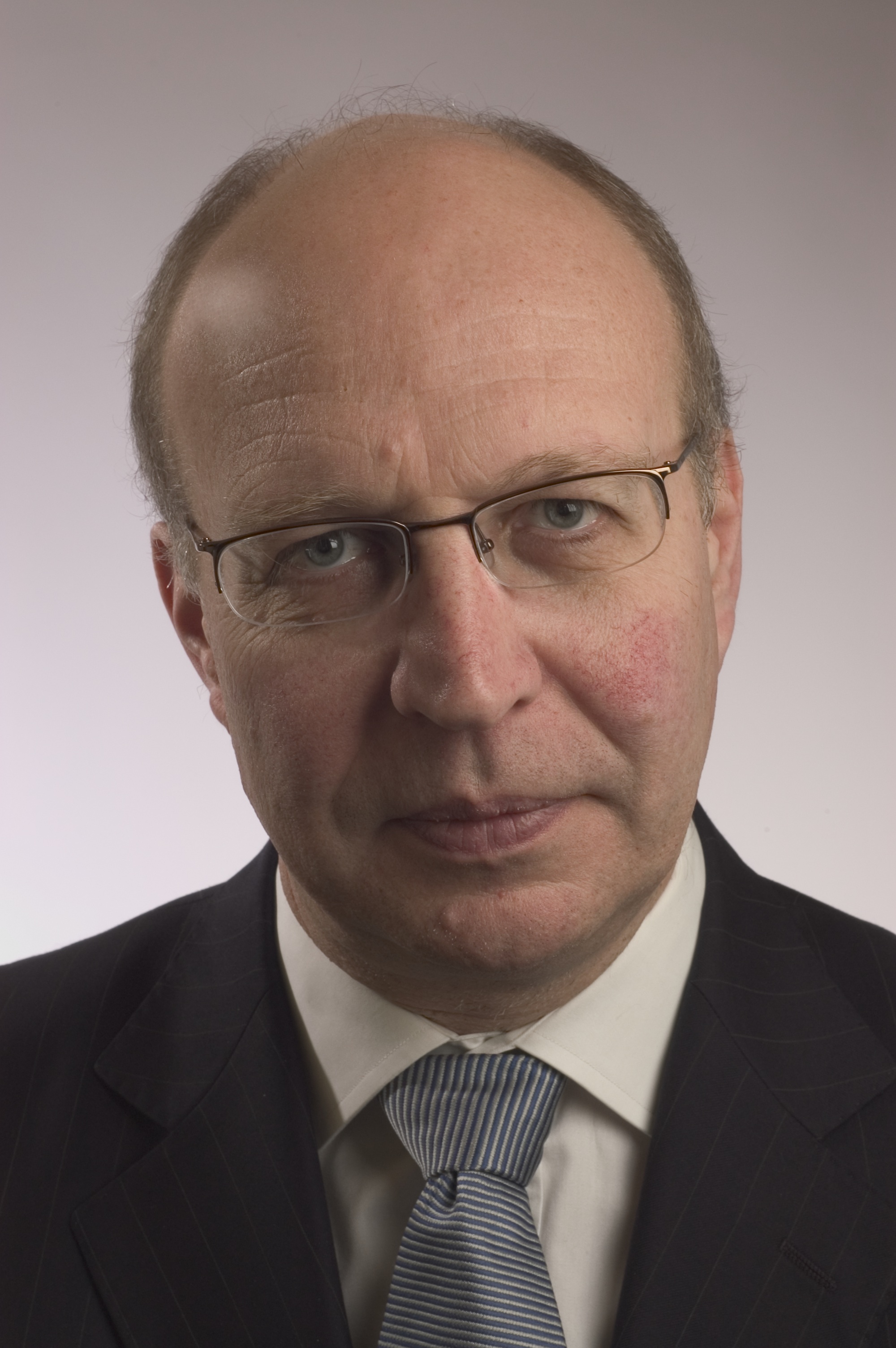